The Needless Hijab Controversy In Kwara, By Majeed Dahiru

The controversy generated by the use of hijab is indicative of how deeply Nigeria has become polarised along ethno-religious fault lines. 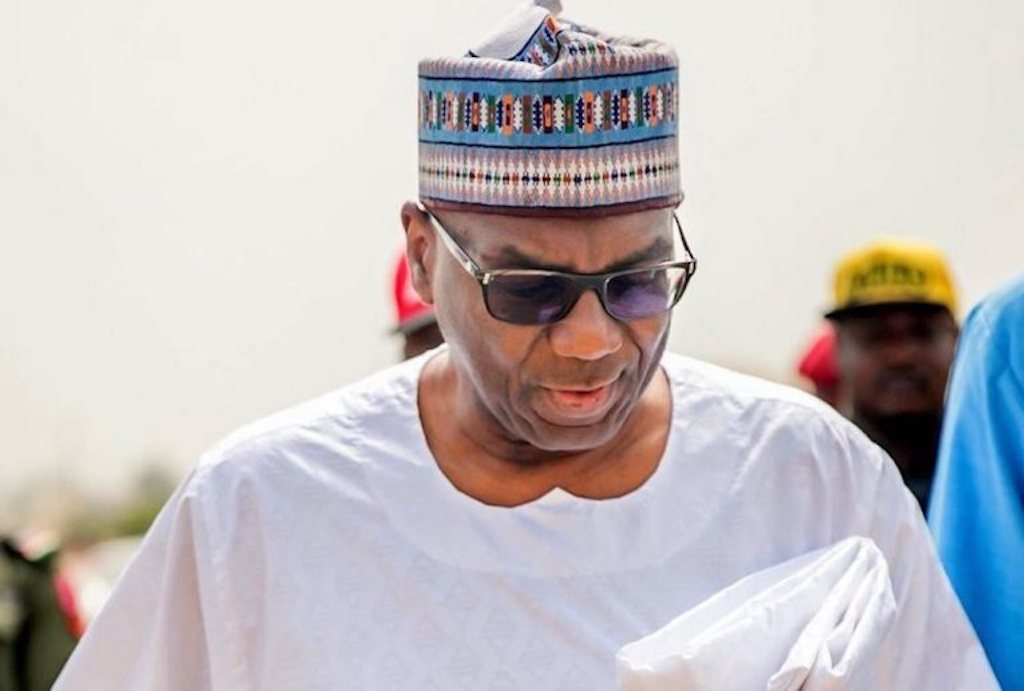 The governor should engage further with Church leaders, missionary school managements and other critical stakeholders by providing concrete assurances that the use of hijab is not a ploy by Muslims to obliterate the Christian heritage of their schools or enforce an outright take over.

The crisis currently rocking Kwara State over the use or otherwise of the hijab by female Muslim students, in government funded Christian missionary schools, should leave no one in doubt about the divided nature of Nigeria today. That Kwara, a liberal, moderate and accommodating State, which is well known for inter-religious harmony, will become the latest ground in the age-long battle for supremacy between Nigeria’s dominant Abrahamic faiths (Christianity and Islam), should be a cause for concern to every Nigerian. The controversy generated by the use or otherwise of hijab, which has become a symbol of Islamist separatism, in government funded missionary schools, is indicative of how deeply Nigeria has become polarised along ethno-religious fault lines.

The controversy surrounding the use of hijab in government funded Christian missionary schools in Kwara State started a few weeks ago, when in February, officials of Saint Anthony Secondary School prevented hijab wearing female Muslim students entrance into the school premises. According to the officials, Saint Anthony is a missionary school where the adorning of hijab by female Muslim students is not allowed. This has, once again, opened another chapter in the conversation over the ownership of government funded missionary schools.

Whereas the responsibility for the funding of missionary schools was taken up by the Kwara State government in 1974, there was an arrangement involved that allowed these schools to retain some level of the Christian religious outlook in their operations. Over the years, the original owners of these missionary schools have generally guided their operations to reflect their Christian heritage, in a manner that does not undermine inclusiveness in matters that are fundamental to the rights of Kwara State children’s access to education, without discrimination on the basis of religious orientation. And everything appeared to have worked out pretty well until recently.

Following the refusal of entry of hijab wearing female Muslim students into Saint Anthony Secondary School, the Kwara State government, in exercising its control over the Christian missionary schools in its domain, ordered the closure of 10 of such schools in the State to allow for consultations across all divides. And when it felt enough consultations have been carried out, the government ordered the opening of the government funded missionary schools, only to meet an even fiercer opposition to the hijab by the various schools’ managements.

If the issue of wearing hijab in missionary schools was all about religious tolerance and inclusivity, then it would not have been a problem at all, as Christendom, throughout the ages, has emerged the torch bearer of religious accommodation in the world.

The sight of the parents of Muslim school girls in hijab who were prevented entry into the premises of the Baptist School, in the Surulere area of Ilorin, in hot exchange of words with some Christian officials of the school, which quickly degenerated into the throwing of stones at each other, was shameful to say the least. The ugly incidence at the Baptist School clearly showed that if any consultation was done on the hijab issue at all, it was not far-reaching enough and interested parties are still maintaining a hard stance. And whilst Abdulrahman Abdulrazaq, the Muslim governor of Kwara State did not impose the use of hijab in government-funded missionary schools, his approval of the wearing of the hijab by willing Muslim female students before arriving at a resolution with the management of the concerned schools and other critical stakeholders, was a hasty decision that may worsen the already bad situation.

In the half a century after the arrival of Salafi Islam in Nigeria from the Sudan in the early 1970s, the ideology of Islamist separatism has taken a firm grip of the mainstream Muslim theology in Nigeria. In this period of separatist indoctrination, the Hijab has become elevated to an article of faith and will eventually become the most defining symbol of Islamist separatism. And with the systemic indoctrination of Muslim women to adorn the hijab as a distinguishing identity, without which their Islamic faith is either incomplete or a nullity, one can begin to understand why many are wont to wear the hijab as a matter of religious duty. And whilst it may not hurt the Christian missionary schools or their non-Muslim students if female Muslim students are allowed to adorn the hijab in accordance with their religious obligation, it is not in the place of the Kwara State government to unilaterally enforce its definition of religious tolerance and inclusion on these schools.

If the issue of wearing hijab in missionary schools was all about religious tolerance and inclusivity, then it would not have been a problem at all, as Christendom, throughout the ages, has emerged the torch bearer of religious accommodation in the world. As though in fulfilment of the eternal words of Allah SWT, in Quran 5:82, “………You will certainly find that the closest of them in friendship with Muslims are those who say, “we are Christians.” That is because among them are priests and monks, and because they are not arrogant”, Christians have stood shoulder-to-shoulder with Muslims in love and accommodation from ancient to modern times.

Following his first celestial encounter with Angel Gabriel in a cave on mount Hira, near Mecca in 610 AD, which left Muhammad, the son of Abdullah, so shaken that some of his kinsmen thought him out of his mind, it was Waraqa, a Christian monk, who declared him of sound mind and proclaimed him a messenger of God in fulfilment of an earlier prophecy of his coming. And three years later in 613 AD, when the idol worshippers of Mecca began a brutal persecution of Prophet Muhammad [PBUH] and his Muslim followers, it was in the Christian Kingdom of Abyssinia, whose ruler the Prophet of Islam described as “a just and righteous Christian King, in whose kingdom no man is wronged”, that they took refuge. This singular act of Christian accommodation of Muslim refugees, with their hijabs and turbans from Mecca, saved the light of Islam from extinguishing.

…it becomes imperative for Abdulrahman Abdulrazaq, the Muslim governor of Kwara state to address the fear of religious domination and expansionism that has characterised Islamist separatism in Nigeria in the last five decades, of which the hijab has become its most defining symbol.

In recent times, when the Muslim lands of Syria, Iraq and Yemen went up in the flames of sectarian wars and the gates of Tehran and Riyadh were firmly shut against millions of displaced Muslim men, women and children, it was the Catholic Pontiff, His Holiness Pope Francis I (may Allah be pleased with him), the Bishop of Rome and the Vicar of Christ on earth, who appealed to Christian leaders of Western Europe to grant refuge to their Muslim brethren. In all of these cases and many more, Muslims were not given the pre-condition of either conversion from Islam or removal of their hijabs and turbans, as their Christian brethren demonstrated unconditional love and accommodation towards their fellow human kind.

Here in Nigeria, the body of Christ has not been less tolerant and accommodating of its Muslim brethren. Christian missionary schools in Nigeria have always been open to Muslims without prejudice to their Islamic faith. Not only were Muslims allowed to attend missionary schools, Arabic and Islamic studies are actually taught in some of these schools. Therefore, it becomes imperative for Abdulrahman Abdulrazaq, the Muslim governor of Kwara state to address the fear of religious domination and expansionism that has characterised Islamist separatism in Nigeria in the last five decades, of which the hijab has become its most defining symbol.

The governor should engage further with Church leaders, missionary school managements and other critical stakeholders by providing concrete assurances that the use of hijab is not a ploy by Muslims to obliterate the Christian heritage of their schools or enforce an outright take over. On a scale of needs, the education offered to Muslim students, which includes Arabic and Islamic religious knowledge, by Christian missionary schools, outweighs the use of hijab by female Muslim students. And while this important engagement is going on, Muslim parents will do well to imbibe the exemplary patience of the Prophet of Islam, Muhammad (PBUH) and desist from throwing stones at the officials of a school they want their children to attend. Until then, the use or otherwise of hijab by female Muslim students in government funded missionary schools is a needless controversy.

Majeed Dahiru, a public affairs analyst, writes from Abuja and can be reached through dahirumajeed@gmail.com.

Reassigning Power In the Humanitarian Sector, By Wale Osofisan

Reassigning Power In the Humanitarian Sector, By Wale Osofisan