As an Enugu man, we should all bury our heads in shame that a people east of the Niger are tainted by such ignominious record. 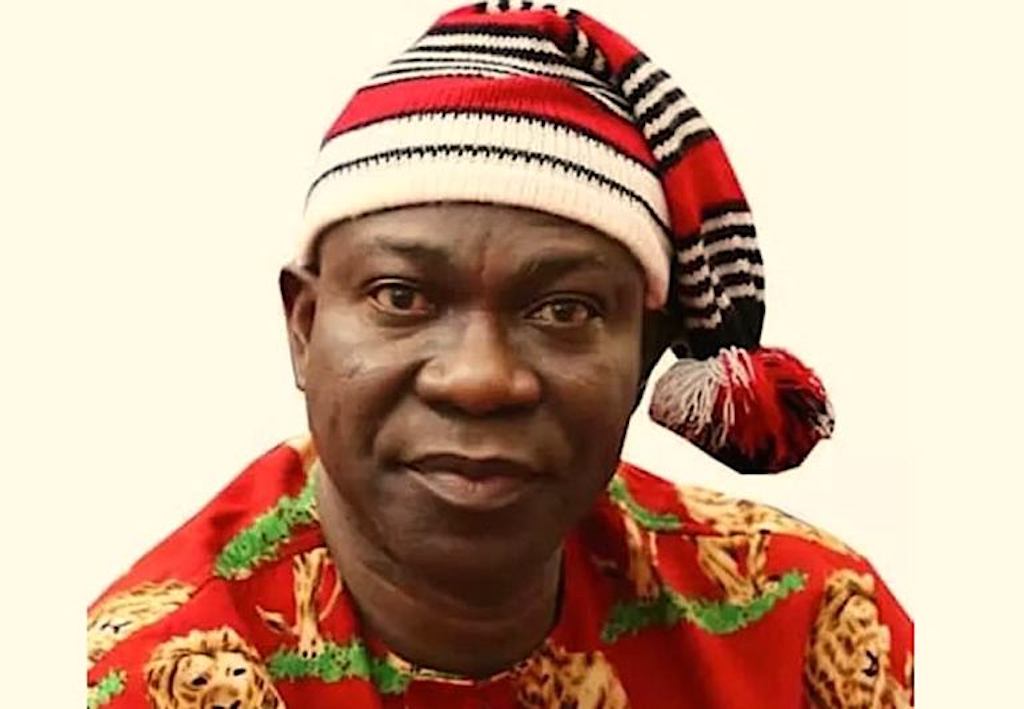 Ndi Enugu are sick and tired of cosmetic solutions meant to gaslight our people into believing that something good is about to happen but in the end only serves political purposes. Continuing on this self-destructive path of business as usual will not bode well for the coal city state.

The journey to 2023 is starting to pick up pace all across the country. The temperature is getting hotter by the day and in my home State of Enugu, there is already the inconvenience of a putrid smell wafting through the air. The Coal City State is not particularly your model of democratic governance, even by South-East standard. It’s a State where the family members of a few political dynasties are the unofficial kingmakers. In every administration, they snag up plum positions and dish out commands, while the rest of us hope that one day, a miracle will thrust us forward. Prebendal politics birthed here.

In the Coal City State, one cannot earn a ticket to play in that big league, just because you have the whole world to offer in terms of experience or that your expertise stretches from the deep gully swallowing up the narrow track to my country home, all the way to the shuttered doors of Anambra Vegetable Oil Product (AVOP) in Nachi. You have to earn it and that means demonstrating unquestionable loyalty, not to the State but to those who control the levers of power. The barrier of entry is high. Unless, of course, you have a superior Chi. By that I mean the type that propelled the incumbent governor from a very humble beginning to the mountain peak of stratospheric success. Even then, his pathway to the Lion building was not paved in gold.

Every election cycle, we host a charade where people are selected and after money must have exchanged hands, the result of the election becomes certified. Truth is, this happens everywhere in Nigeria in one form or the other and so this experience is not unique to my home State. In Enugu, however, the practice has become so commonplace that what we have now is a selective democracy, instead of a representative democracy. And you ask, is that even a thing?  Well, let it be known that Wawaland has the proprietary right to a new nomenclature in political lexicography. Some political constituencies, even without prompting, now go to the governor to ask who he wants to represent them. Our politics is so turned on it’s head that it’s not the people choosing their leaders, it’s the leader choosing among the people who he would prefer to work with.

Unlike Anambra, our more affluent neighbour brimming with big ballers and political gladiators who fall on top of each other to sell themselves and their candidacy, Enugu politics is boring and retrogressive. Aside the unconstitutional but universally adopted zoning arrangement that obtains almost everywhere in Nigeria of today, our situation goes a little further. There is an unwritten contract among the power brokers that gives the incumbent the prerogative to choose whoever he wants to succeed him. Of course, those who usually end up being the governor’s choice are most often dictated by the incumbent’s perception of the candidate’s loyalty to him as a kingmaker and less about the candidate’s fitness for the top job. But come 2023, it seems that such time-honoured tradition stands on a shaky ground. Things might just be a little different this time since a new sheriff is in town. Ikeoha is done with the Senate, after such a long stint, and is very determined to reclaim his base.

Ike Ekweremadu, the Amachara-Mpu born senator is a consummate politician and a prominent Igbo leader, though some Igbos may take issues with the part about his leadership bona fides. That said, no one can deny the fact that Ikeoha has held many enviable positions, asserted a jumbo-sized influence and commanded a great deal of respect from within and without, much more than many Igbo politicians in recent times. His political resume is dizzying. Prior to serving five terms in the red chamber, many of which he spent as Deputy Senate president, he had been a local government chairman, secretary to the Enugu State government, chief of staff to the governor, just to mention a few. And so it’s fair that many now expect him to step aside and give others just a little chance.

Having been in the public sphere for that long, it was not surprising that the Indigenous People of Biafra (IPOB) saw him as emblematic of a failed Igbo leadership and were prepared to teach him a lesson in responsible leadership and accountability. It did not help that the event he attended in Germany was an Igbo original and cultural signature, the New Yam festival.

Ndigbo also question his commitment to public service, as opposed to personal enrichment. At a time when he was the highest ranking political office holder from the south-East, Ayogu Eze was the chairman, Senate committee on works, while Pius Anyim was the secretary to Jonathan’s government. Yet all federal highways in the South-East remained a death trap throughout the entire time. Even when Enugu airport got upgraded to an international airport, the infrastructure on the ground was such a huge joke, with nothing to reflect her new status. And to think that none of these could be achieved in a Peoples Democratic Party (PDP) government, with a president believed to be sympathetic to the Igbo problem and with whom he enjoyed a personal relationship, was not a good commentary on his leadership. Having been in the public sphere for that long, it was not surprising that the Indigenous People of Biafra (IPOB) saw him as emblematic of a failed Igbo leadership and were prepared to teach him a lesson in responsible leadership and accountability. It did not help that the event he attended in Germany was an Igbo original and cultural signature, the New Yam festival.

In all fairness though, for a group where the bar of decency has been set too low, he is among the few who have conducted himself reasonably well on a personal level. I heard he is also quite generous with the boys. What happened was not specifically directed at him and any other politician from the South-East could have met a similar fate. It was also ironic that he was attacked by the same group whose leader he once helped negotiate his release.

Governor Ugwuanyi is a grassroots man who has built a serious political coalition across the State. He enjoys a broad-based support from the kingmakers across board, which he achieved through his legendary charm offensive and sometimes unsettling political horse trading. He holds the singular honour of rehabilitating moribund politicians already confined to the dustbin of history. Not to mention that as the governor, Ugwuanyi also has to his advantage, the enormous power of the incumbent.

But Ikeoha is a weather-bitten, typhoon-blasted political warrior. Over the years, he has also built a tremendous political following across the State, especially in Governor Ugwuanyi’s Enugu North. As the then Deputy Senate President, he used his influence to secure juicy appointments in federal ministries and parastatal for these followers that turned out to be cash cows. Today, they are ready to sink or swim with him. He is putting everyone on notice that it’s not going to be business as usual. Underestimate him at your own peril. All you need to do is ask the former governor, Sullivan Chime.

As an Enugu man, we should all bury our heads in shame that a people east of the Niger are tainted by such ignominious record; more so if you have been so privileged all these years to be in a position where you could change the narrative.

For the famished artisan in Coal camp worried about how to put food on his family table or the unemployed graduate roaming the streets in a depleted job market, the ensuing struggle to control the instruments of power in Enugu is more of the same, namely: a recycled group of privileged few, emptying out the state treasury while living a life of unconscionable opulence.

For a State reported by the National Bureau of Statistics (NBS) as one of the only two States in the South-East with a poverty rate above the national average, the prebendal politics of king making and crony capitalism will continue to push our State in the direction of grave economic disadvantage. As an Enugu man, we should all bury our heads in shame that a people east of the Niger are tainted by such ignominious record; more so if you have been so privileged all these years to be in a position where you could change the narrative.

Enugu is in dire need of infrastructure, access roads, cottage industries and good paying jobs for her teeming youth population. To the extent that we have a leader who can dream big and be ready from Day One to match visionary leadership with result-oriented actions, we could care less if his name is Ikeoha or Ikeje. Changing the State’s dire economic outloook should occupy the mind of whoever will end up in the Lion building.

Ndi Enugu are sick and tired of cosmetic solutions meant to gaslight our people into believing that something good is about to happen but in the end only serves political purposes. Continuing on this self-destructive path of business as usual will not bode well for the coal city state.