Rejigging the Black-On-Black Experience In America, By Osmund Agbo 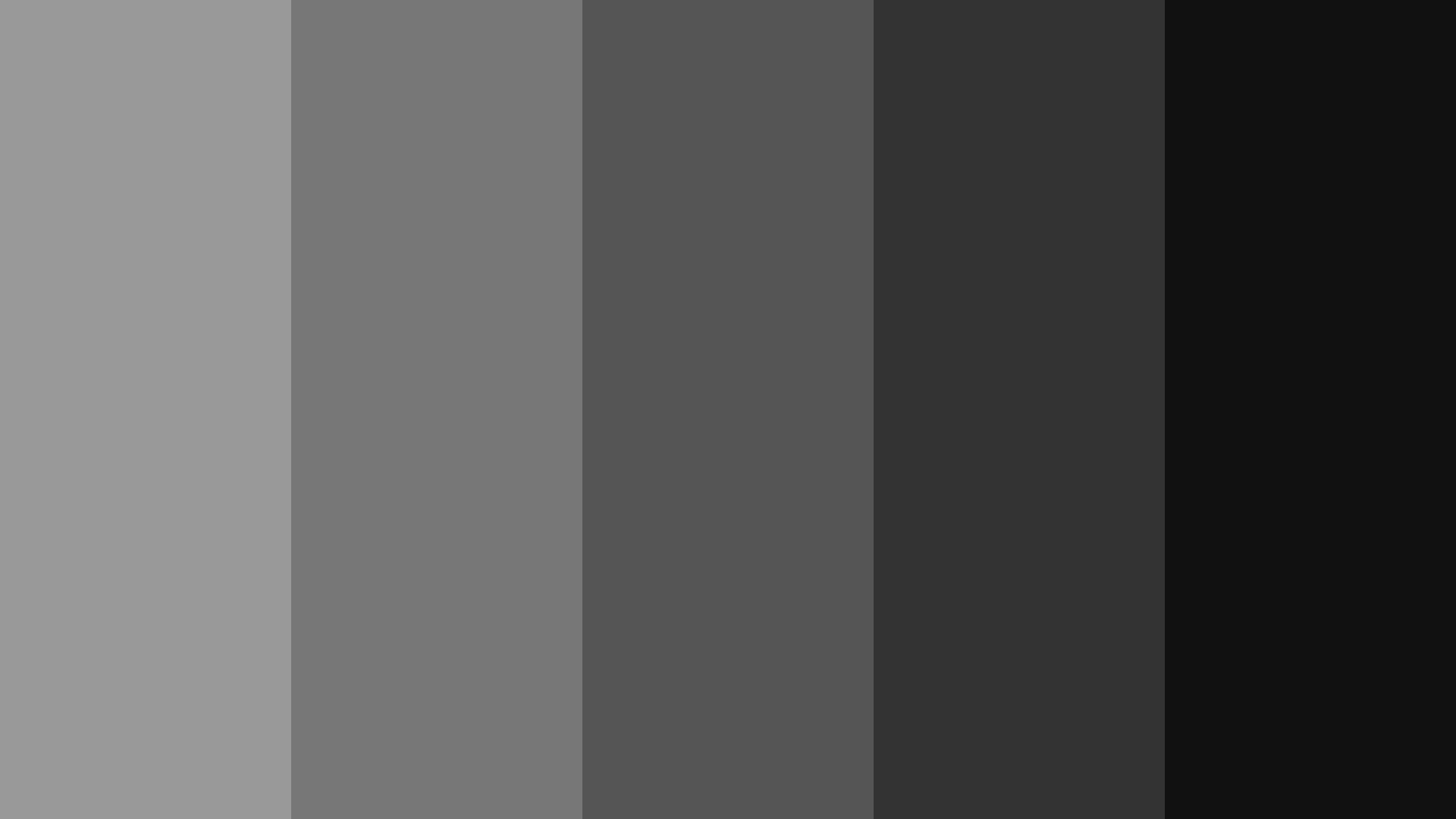 Miss Beverly and I would later commit to doing something and promised to dedicate a good chunk of our time in bridging this unnecessary divide and distrust. A divide that could only spell doom for the black race. We came to the resolution that it was time to recognise that our differences are far less than the ties we share living the black experience in America.

Aside Ikemba Odumegwu-Ojukwu, the fabled warlord and leader of the defunct breakaway Republic of Biafra, almost all my childhood superheroes were African-Americans. This is the group we sometimes refer to as Africans in the diaspora. Still stuck in my memory is the iconic image of Marcus Garvey, the black nationalist and Pan-Africanist who even has a street in the posh side of town named after him, in my home state of Enugu. That was long before I got to learn all about civil right icons, the likes of Martin Luther King and Rosa Parks. Our history lessons spoke eloquently about the exploits of these brave souls. On the social side of things, we binged on the Cosby show and danced to as well as marveled at Michael Jackson’s ubiquity. In order words, we felt a deep sense of kinship with our brothers and sisters on the other side of the Atlantic. You can then imagine how befuddled and flabbergasted I was to come over to the United States and meet different sets of realities.

It was a cold New York winter morning when I walked in, after about an hour commute on the Q-Train. The place looked nothing like an office and the ambience was anything but grand. Not with the haphazard array of furniture or the picture frames lying all over the floor with no consideration of order. As I eased my shoulder out of the layers of coat and scarf, I couldn’t help but notice an attractive young girl, probably in her early twenties. I was pleasantly surprised to find that in a sea of white faces, she was black. And so even as she buried her head under the desk, as if she could care less about whoever was standing in front, I made a conscious effort to draw her attention. The whole excitement though was more about meeting someone who looked a lot like me and much less in terms of her undeniable natural endowment.

Good morning beautiful lady, I greeted, with my best act of decency and civility, while beaming a smile.

It seemed like she ignored me for a few seconds but then quickly sprang to her feet, swinging menacingly.

“Hey! Excuse me mister! I don’t know which part of African jungle you came from, but you got to know this is America and not Africa. My name is Miss Tasha, not beautiful lady; ok?! You got to learn how to address a lady. Simple manners.”

She then retreated just as fast as she emerged. My friendly face quickly dissolved into a frown. I was caught totally unaware and buckled in half. One was unsure how to respond but I sure felt terrible, betrayed, apoplectic and completely humiliated. It was like being hit with a ton of bricks out of nowhere.

At first, I tried to blame the unfortunate encounter on my very self. Maybe she was not used to the Nigerian way of sounding out words. Or perhaps, I came across as that creepy older dude. At the time, I had already spent a little shy of two years in the U.S. Though my heavily accented English and atrocious fashion sense still stood in my way of blending, I knew I had come a long way. At least it was unlike those first few days in the tele-marketing job where I was asked to repeat myself a couple of times. The more I thought about the encounter, the more confused and angrier I got.

My new friend also helped me out in many other ways. She tried to explain the anger and distrust of some African Americans toward Africans. I came to understand the unfortunate impression in some quarters that African migrants have the tendency to team up with White America to oppress Black Americans.

The intern years in the U.S., prior to limiting residency hours for young physicians, were brutal. The work load was intimidating and you hardly earn anyone’s respect. We carried on feeling overworked and under-appreciated. The good part of being busy is that time passed by so quickly. But aside the baptism of fire from Miss Tasha and a few brushes with some Caribbean nurses, one could say it all went well. I even netted a few awards and graduated top of my class. The icing on the cake, though, was meeting our program coordinator, another young African-American lady. If not for her age (she was way younger than I was) and unmatched predilection for mischief, Miss Beverly could pass for a doting grandmother. Needless to say, she erased all the stereotypes that had started to build up in my head. Before I met Beverly, I was so ready to not just believe but propagate the narrative that black America was the African migrant’s nemesis. What a shame!

I also observed that apart from being extremely nice to me, Miss Beverly had a soft spot for Africans, in general, but Nigerian men, in particular. Though an extrovert, she was extremely private about her personal life and would always move conversation away from it. I did notice, however, that she was particularly very fond of a certain guy in her past named Shawn (I believe it’s more like Seun, a Nigerian name), whom she credited with saving her life but was hesitant to elaborate on the subject. You get the sense of a people who were romantically involved at some point. One could tell the outcome wasn’t what she hoped for but nonetheless she was still madly in love with and greatly admired Seun. I concluded that in appreciation of how he impacted her life, she decided to pay it forward by helping Africans.

My new friend also helped me out in many other ways. She tried to explain the anger and distrust of some African Americans toward Africans. I came to understand the unfortunate impression in some quarters that African migrants have the tendency to team up with White America to oppress Black Americans. That we thought of them as lazy and describe them in derogatory terms. And then she narrated the whole ordeal about Nigerian men using black American girls to regularise their stay in the States and then showing them the door when it became time for marriage. I noticed that she was starting to well up on the last issue.

On the other hand, I also explained to her how African migrants tend to feel more welcomed in the presence of white folks. I narrated my encounter with Miss Tasha and related how my friend’s kid came home from school one day, distraught that another black kid told him that all Africans stink.

Chancing upon the autobiography of Colin Powell years later, one became painfully aware, also, of the strains of animosity between Black Americans and Blacks who come from the Caribbean. The General described how shocked he was to find out that his future African-American father in-law, upon learning that his daughter planned to marry the son of a Jamaican immigrant, was not pleased with the idea at all.

From all sides, you could hear some painful truths, half-truths and patent myths bandied around. No question, there exists a chasm of attitudes, history, culture and opportunities within the mosaic of black identities. In many cases, however, we lack an appreciation of such differences and life experiences.

There is the belief that West Indians are taking up jobs meant for black Americans and that the former is too eager to work with white people at the expense of the latter. On the other hand, many Black Caribbean immigrants sometimes use such unflattering terms as lazy to describe American blacks, accusing them of using racism as an excuse for their failure to make progress.

From all sides, you could hear some painful truths, half-truths and patent myths bandied around. No question, there exists a chasm of attitudes, history, culture and opportunities within the mosaic of black identities. In many cases, however, we lack an appreciation of such differences and life experiences.

An African-American may not understand why an African migrant would settle for less pay and work insane hours in the name of hustle. An African migrant, on the other hand, may never fully appreciate the impact of slavery on the life of its victims. It’s such a different world that calls for lots of empathy on both sides. Miss Beverly and I would later commit to doing something and promised to dedicate a good chunk of our time in bridging this unnecessary divide and distrust. A divide that could only spell doom for the black race. We came to the resolution that it was time to recognise that our differences are far less than the ties we share living the black experience in America. A racist police officer aiming a lethal weapon, makes no distinction between an African or an African American. What he sees is either a black or brown skin.

I have come to believe that Ignorance is the world’s greatest enemy. For Ignorance begets fear and fear breeds distrust and resentment. You simply are not comfortable with what you don’t understand and are scared of.

My interaction with Miss Beverly changed my whole perspective about our African-American brothers and sisters the same way Seun’s kindness impacted Miss Beverly. It’s instructive how the little things we do every day as individuals can become so consequential to the totality of human experience. Mother Theresa once said: “I cannot change the world but I can cast a stone across the water to create many ripples.” For if we are not part of the solution, chances are we are part of the problem.

I’m not searching for husband to marry – Rahama Sadau

Why we released new price template for petrol — PPPRA

Why we released new price template for petrol -- PPPRA