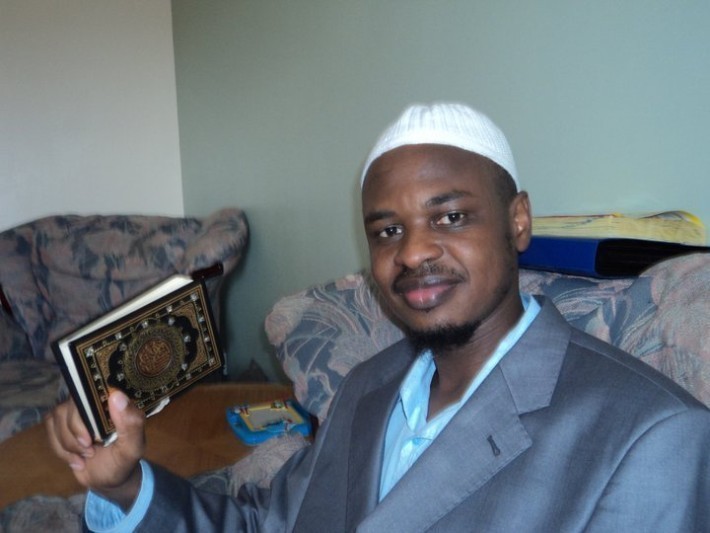 Politics is a game of principle, honesty, integrity and ethics relatively in decent countries including developing ones, but not in our darling Nigeria. Politics and politicians have unfortunately catapulted themselves to the position of drivers and advisers that initiated the idea of creating holes on the floor of our ship, as demonstrated in the divine prophetic parable of sinking ship. I tender my apology to very few sincere ones, perhaps if at all they exist in the system.

I want to admit that I am not a politician, and practically does not know much about politics in the Nigerian context. And quite frankly, I’m not interested in knowing at all. I do not know a profession anywhere in the world that is full of professionals who fulfil all the characteristics and signs of hypocrites aptly described by our infallible Prophet like Nigerian politicians in the corridors of power, particularly the companions of the largest, and probably the most dangerous party in Africa. This has been devastating and destructive for our people and country.

Our beloved infallible Prophet (SAW) says: “The signs of the hypocrite are three: (1) When he speaks, he lies, (2) when he promises, he breaks his promise and (3) when he is entrusted, he betrays the trust” (Bukhaari and Muslim). In another tradition, he added “Even if he prays and fasts and imagines that he is a believer”.  You will agree with me that there is no profession that is full of these signs and shameful characteristics like politics. Let’s put Nigerian politicians on this scale of hypocrisy and discuss briefly.

First, when the hypocrite speaks, he lies. Telling lies has become a fundamental pillar of politics in Nigeria. Politicians always speak lies during their electioneering campaign; they say their aim is to emancipate Nigerians from our devastating situation even when they know that is absolutely not their intention. They utter what they don’t believe in, and sometimes what is even impossible. They speak only what they know people want to hear of their challenges. They come on board without any genuine vision and mission. Their mission is acquiring mansions, while their vision is to live in this temporary world forever, which is impossible, because it hadn’t happened to their predecessors – even sincere politicians who came before them departed this world when their times came.

Politicians become professional liars in spite of the fact that they are being sworn-in by judges carrying the Glorious Qur’an or Holy Bible according to their religions.  When a leader grows old by reaching forty years of age, as most of them are by far above forty, and he continues to perpetrate lies, definitely the gravity of his punishment is beyond imagination. Abu-Hurayrah (RA) reported from Allah’s apostle: “there are three classes of people to whom our Lord will not speak on the Judgement Day, nor praise, nor look at, and theirs will be a torment punishment: an Old Man who commits Adultery, a Leader who lies and a Pauper who is arrogant.”

Second, when the hypocrite promises, he breaks his promise. Politicians make promises during electioneering campaigns; these include integrating our schools and general educational systems in addition to free education, rehabilitating our hospitals, both in human personnel and infrastructure. “Portable drinking water will be at your door step if elected, and fertiliser will be available beyond your demand,” they tell you. However, modern politicians fail to realise that all their agendas are nothing but promises between them and the electorate. And they never imagine fulfilling these promises of 11-point agenda, 7-point agenda, 6-point agenda and vision20:2020. However, honest Nigerians have already forgotten all these agendas and visions, because they have been shamefully converted to promised-point “azaba” and the only genuine agenda is how to survive, and the vision is 3-square meal daily. How many politicians in their respective constituencies have fulfilled even 30 per cent of their promised-point agenda?

Third, when the hypocrite is entrusted, he betrays the trust. This is aptly demonstrated by how elected and appointed executive officers ceremoniously consider government resources as booty. They wantonly loot and spend without mercy. It only belongs to them, their families and their sycophants. Believe me; they even forget they will account for it on Judgement Day. And any officer who loots a needle from the public treasury will not enter paradise and/or will not go to the Heavens. Our infallible Prophet (SAW) says: whoever is entrusted with public responsibility and he steals a needle or smaller that it, verily Allah (God) has made Paradise prohibited for him and made Fire obligatory (Bukhaari RH reported it).

These politicians are still the drivers of our sinking Nigeria in the ocean of disaster and they are the evil advisers of digging holes on the floor of our ship that sails on high water(s) which has started sinking. Our Lord has vindicated to us that, the punishment of the hypocrites is more severe than that of the devil himself. Our Lord says: “Verily, the hypocrites will be in the lowest depths of the Fire; and no helper will you find for them. Except those who repent (from hypocrisy), do righteous good deeds, hold fast to Allah (God), and purify their affairs…” (Q4:145-146).

Repentance from hypocrisy is the step to be taken firstly by Nigerian politicians in power and humbly fulfil their covenants. Otherwise, no sincere and incorruptible Nigerian will even like to go close to politics, because so many people joined politics and ended up loosing their reputation or compromising their integrity or pulling out along the way.

Endangering the lives of our unemployed energetic youths is another ugly legacy of Nigerian politicians, these unfortunate youths have adopted various evil-innovative nicknames, such as Kalare in Gombe, Sara-Suka in Bauchi, Area Boys in Lagos and Sokoto, Yan-Daba in Kano, Kaduna and Jigawa, Kyauraye in Katsina, Yan-Torore in Zamfara and Ecomog in Borno to mention among others. These youth always kill with impunity and they are being killed in defence of their candidates or officers, who send their kids to the most expensive universities in the world from the public treasury or looted resources.

Finally, may our Lord rehabilitate Nigerian politicians spiritually, politically and psychologically for the betterment of our dear country. And may He rescue our sinking Nigeria from criminal drivers and evil advisers, ameen.

Mr. Pantami (isapantami@yahoo.com), an Islamic cleric, is a lecturer at the Abubakar Tafawa Balewa University, Bauchi, and Ph.D Candidate (Computing & IT) in the United Kingdom