Article of Faith: The Sure Mercies of David (3), By Femi Aribisala

“Incline your ear, and come unto me: hear, and your soul shall live; and I will make an everlasting covenant with you, even the sure mercies of David.” 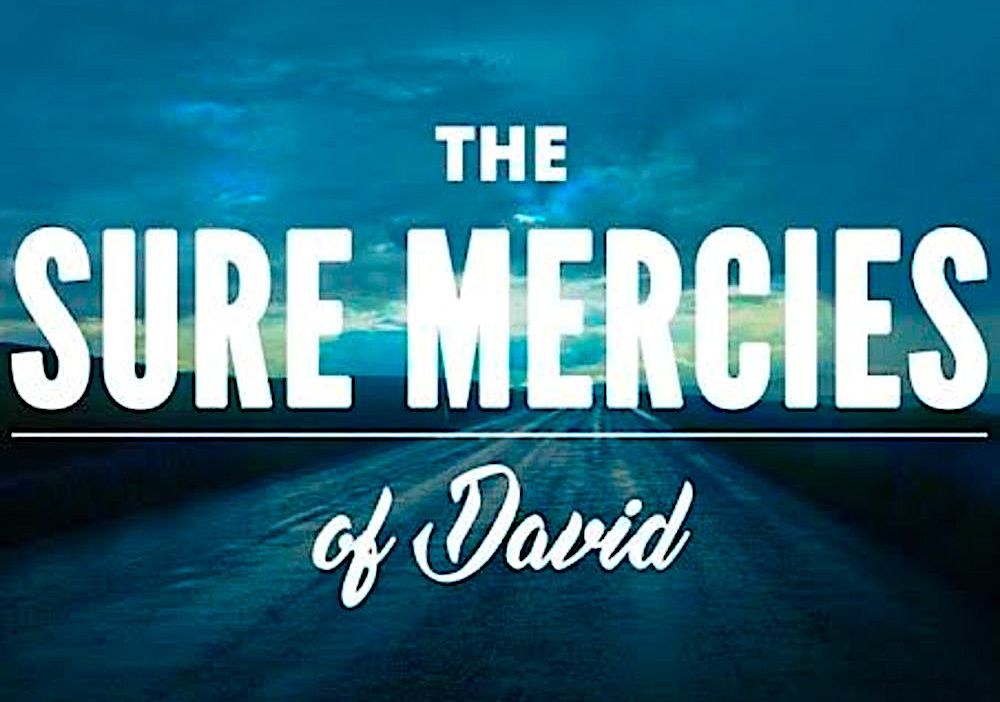 When you are at your wit’s end, don’t be at your faith’s end.

Earthquakes can be disastrous, and they are even more lethal when combined with tsunamis. Earthquakes bring down buildings. To escape, you must run out. But with tsunamis, the flood confronts those who manage to run out of collapsing buildings.

Earthquakes take place in earthquake zones. There are some parts of the world that are sitting on what is called a fault. It is like sitting on a crack. The crack can expand or enlarge at any time, leading to earthquakes.

Here in Nigeria, we are sitting on a fault. There is a fault between Nigeria and Cameroon. That is why there is a high incidence of land erosion in eastern Nigeria.  In short, earthquakes and tsunamis can easily take place in Nigeria.

Victoria Island, Lagos and the whole Lekki/Ajah axis is reclaimed land. It is practically below sea level. That is why the beaches often wash ashore. You just wake up one morning and find water all over.  So, if you have a tsunami in Lagos, parts of Lagos might disappear.

By the grace of God, all that happens is that we merely read about earthquakes and tsunamis in the newspapers. They hardly happen in Nigeria.

Whatever happens, we must never lose sight of the mercy of God in Nigeria. Remember this, if we continue in His word, God’s mercy in our lives endures forever. That is the covenant of the sure mercies of David.

David came back to Ziklag and discovered that the Amalekites had burnt the city to the ground. They had taken everything take-able and carried away captive all the wives, sons, and daughters of the people.  So, what happened to the sure mercies of David?

The people wept until they had no more power to weep. They blamed David for their adversity and some even wanted to stone him. But David encouraged himself in the Lord. He remembered that God is merciful.

God brings light out of darkness. He brings peace out of trouble. He brings good out of evil. He works all things together for good for those who love him and for those who are called according to His purpose.  Therefore, when you are at your wit’s end, don’t be at your faith’s end.

The mercy of God had not departed from David, for His mercy endures forever. The mercy of God never departs, no matter the situation or circumstance. God told David to pursue the enemy and assured him that he would overtake and recover all.

But David had only 600 men. By the time he got to the Brook Besor, 200 of them said they were too tired to continue and he had to leave them behind.  But “nothing restrains the Lord from saving by many or by few.” (1 Samuel 14:6). Then they found an Egyptian in the field. The man was sick and dying.  He had not eaten for three days and three nights.

He who has received mercy has mercy to give. David had mercy on the man. He gave him bread to eat and water to drink. He also gave him a piece of a cake of figs and two clusters of raisins. And that was the man who God used to reveal to David the location of the Amalekite raiders. For His mercy endures forever.

David launched a surprise attack on the Amalekites and routed them. And he recovered all that they looted from Ziklag. Moreover, David led captivity captive and received gifts. Remember the same thing happened to Abraham when his nephew, Lot, was taken captive. Abraham chased the enemy, routed them, and came back with spoils.

“Thus says the LORD: ‘Even the captives of the mighty shall be taken away, and the prey of the terrible be delivered; for I will contend with him who contends with you, and I will save your children. I will feed those who oppress you with their own flesh, and they shall be drunk with their own blood as with sweet wine. All flesh shall know that I, the LORD, am your Savior, and your Redeemer, the Mighty One of Jacob.’” (Isaiah 49:25-26).

Although the Amalekites burnt everything in Ziklag to the ground, God made sure they killed no one. David himself had attacked the Amalekites (1 Samuel 27) and killed everyone he found. Yet God ensured that the Amalekites did not kill any of David’s people. For His mercy endures forever.

This means everything that will happen to you will be for your correction and not your destruction. For God’s mercy endures forever.

The Amalekites were nomadic people. They did not live in one place. They moved around, living wherever they found themselves at any given time. That means even when they go to war, they carry along their jewelry and their “television sets.” They bring along with them everything they have, including their cattle, their sheep, and their goats.

So, by the time that David pursued and overtook them, he got back far more than he lost. He got all the property the Amalekites carried around with them. He got all their flock and herds. When he came back to Ziklag, the people who had spoken of stoning him now started hailing him, saying: “This is David’s spoil.” But it came from God’s sure mercies of David.

Some of David’s men insisted that the 200 who stayed behind should not be included in the division of the spoils. They felt it would be unfair to include them, after all, they did not fight.  But an extreme concern for fairness is often a camouflage for greed.

Therefore, whether they fought or not, David included everyone in the division of the spoils. He even sent some to friends in Israel who had nothing to do with the matter, saying this is a present from the Lord.

David made this protocol into a statute and an ordinance in Israel. In the kingdom, you must be ready and willing to share with others.

And so, God says: “Incline your ear, and come unto me: hear, and your soul shall live; and I will make an everlasting covenant with you, even the sure mercies of David.” (Isaiah 55:3).