Nigeria could be burning to the ground and you wouldn’t even hear anything in the semblance of a presidential address to calm frayed nerves. 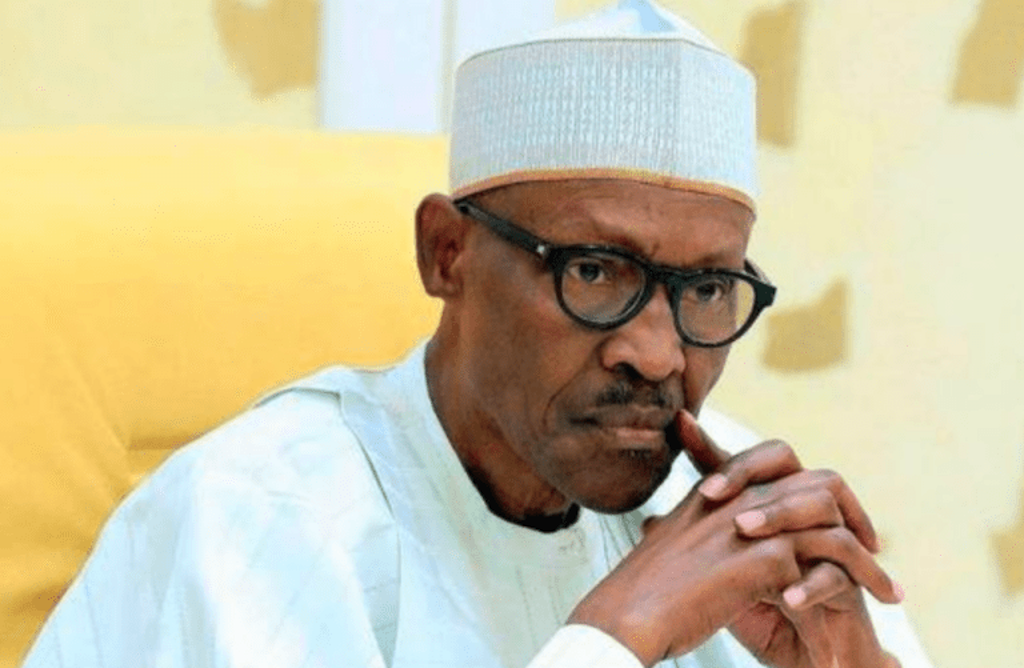 …what volume of business, if one may ask, is expected from Niger Republic, which is more than the thousands of containers of goods making their way to South-East Nigeria, clogging the highways and constituting a daily nightmare to those unfortunate to commute through those routes. Yet, there is no single rail road, at this moment, linking Onitsha or Aba to Lagos…

“One of the swiftest ways of destroying a kingdom is to give preference to one particular tribe over another or to show favour to one group of people rather than another.” – Sheik Usmanu Dan Fodiyo, in his book, Bayan Wujub al-Hijra

In Nigeria’s classic case of Orwellian justice, the Indigenous People of Biafra (IPOB), a rag-tag mix of largely innocuous but vociferous brash talkers are terrorists, while Fulani marauders, an organised militia of killer herdsmen ranked in the Global Terrorism Index as the fourth deadliest terror group in the world, are but peaceful pastoralists. As asinine as that sounds, that’s the argument the current occupants of Aso Rock are selling to Nigerians and they are sticking by it.

Buhari’s government warns that IPOB poses a serious security threat to the corporate existence of Nigeria. Hiding under such cover, the military acting more like an occupation force, launched a series of dare-devil attacks, targeting the group, with record number of collateral deaths occuring. As I write this piece, an assemblage of military assault helicopters are heard buzzing over Orlu airspace with heavy artillery fire directed at some phantom terrorist targets. The Igbo man and his family is harassed as he goes about his daily business trying to scratch off a living in a country that holds no promise for something better. He hunkers down as the state unleashes a reign of terror.

In a different scenario playing out however, we are supposed to see herdsmen as some unfortunate group of people who, while trying to eke out a living, have become victims of constant attack by unruly farmers. We are told that our very influential Islamic cleric, Sheikh Ahmad Gumi, acting as an unofficial emissary of the government is seeking out a few of these farmers, who sometimes tend to misbehave in their hideouts. Like a big uncle, he chastised them and pleaded that they behave themselves after crisp wads of cash exchanged hands. How nice!

If that sounds to you like an alternate reality, it might as well be. This is not minding that many Fulani umbrella bodies including the Miyetti Allah Cattle Breeders Association of Nigeria (MACBAN), Miyetti Allah Kautal Hore as well as GAN Allah Fulani Development Association have all at various times claimed responsibility for the gruesome killings across the country. But accepting such reality will not provide this President a justification for the constant largess in payout as ransom and compensation running into billions of naira to these terror franchises.

One of the greatest threats to the unity and overall wellbeing of any nation state is a biased interpretation of laws in a manner that seems to suggest that certain individuals or groups are higher than others. That’s one of the reason the United States, the most powerful nation on earth, is today unraveling before our very eyes. Her greatest undoing is in applying different sets of rules and justice to her black and minority populations, in a way that destroys the social contract between the state and her citizens. You will not have a shining city on the hills when some citizens belong to the category of blue blooded royalty, while others are mere hewers of wood and drawers of water.

President Muhammadu Buhari came to power on the strength of the iron-clad public persona of a Caesar’s wife who is above reproach. Today, he has chosen the inglorious path that elevates nepotism as the most important element of statecraft. Fluency in Fulfulde is now the new measure of competence and ability.

Nigeria could be burning to the ground and you wouldn’t even hear anything in the semblance of a presidential address to calm the frayed nerves of a hurting nation. All people can recall is the iconic image of a shadowy figure, sinked in an upholstered chair with legs up on the table while picking his teeth.

In an open letter published in June last year, the retired army colonel and a former military governor of Kaduna State, Abubakar Dangiwa Umar warned President Buhari that “Nigeria has become dangerously polarised and risks sliding into crisis on account of your administration’s lopsided appointments which continues to give undue preference to some sections of the country over others.”

While performing a groundbreaking ceremony for the $1.96 billion Kano-Maradi rail project very recently, the President had this to say, and I quote:

“The project, when completed, would serve import and export of goods for Niger Republic and other countries in the sub-region through Nigerian ports. The country would earn revenue through expansion of trade and commerce, while the people of Niger Republic will benefit from ease of transportation logistics at affordable cost in their import and export business.” Now, which of the Nigerian ports was he talking about?

According to a Financial Times article titled “Nigeria’s port crisis”, as reported by Nairametrics, the perennial gridlock at the Apapa and Tin Can Island port terminals has become so calamitous to the extent that business entities pay more than $4,000 to truck a 40-feet container 20 kilometres to the Nigerian mainland. This is approximately the same costs to ship similar container from China, about 12,000 kilometers away.

The problem goes way beyond that. Freight companies have to queue for more than a month, off the coast, before they can discharge their goods. This terribly inefficient system forces operators to pay demurrage costs in many instances, for no fault of theirs.

Nigeria could be burning to the ground and you wouldn’t even hear anything in the semblance of a presidential address to calm the frayed nerves of a hurting nation. All people can recall is the iconic image of a shadowy figure, sinked in an upholstered chair with legs up on the table while picking his teeth.

This is hardly surprising, given that the port’s capacity has not increased since 1997. It still operates with that same decrepit 15th-century infrastructure and yet our population and import demands continue to grow yearly in geometric proportion.

Our President still believes it’s a great business idea to borrow on the back of Nigerian children that are unborn to finance what some policy experts believe to be a white elephant project, motivated purely by ethnic loyalty. And what volume of business, if one may ask, is expected from Niger Republic, which is more than the thousands of containers of goods making their way to South-East Nigeria, clogging the highways and constituting a daily nightmare to those unfortunate to commute through those routes. Yet, there is no single rail road, at this moment, linking Onitsha or Aba to Lagos, Kano or Abuja or any foreseeable plan for such by the Federal Government of Nigeria.

It must be tough to imagine that Africa’s most populous nation has a President when the country today is a rudderless ship carrying on like a vast criminal enterprise. In this age of Artificial Intelligence (AI) and the Internet of Things (IoT), most Nigerians are too consumed by the struggle to make it through to another day, to even give a care that such things exist. Armed bandits wielding Rocket Propelled Grenades (RPG), ubiquitous killer herdsmen, trigger-happy-dare-devil kidnappers; you name it, and we have it.

Nigeria could be burning to the ground and you wouldn’t even hear anything in the semblance of a presidential address to calm the frayed nerves of a hurting nation. All people can recall is the iconic image of a shadowy figure, sinked in an upholstered chair with legs up on the table while picking his teeth. A leader should appreciate that optics is reality and never in the history of Nigeria have we had this recluse of a President.

Those selling us the bogus claim that the President of Nigeria has transitioned to after-life and that our country is now ruled by his doppelganger named Jubril from Sudan, are not entirely as stupid as we thought. More than likely, they have been eavesdropping on the hushed tones heard around the dinner tables. All they did was to breath life into it. Or maybe they are just like the rest of us asking the same vexed question, albeit with a heavy dose of sarcasm: What in the world is going on, Muhammadu Buhari?