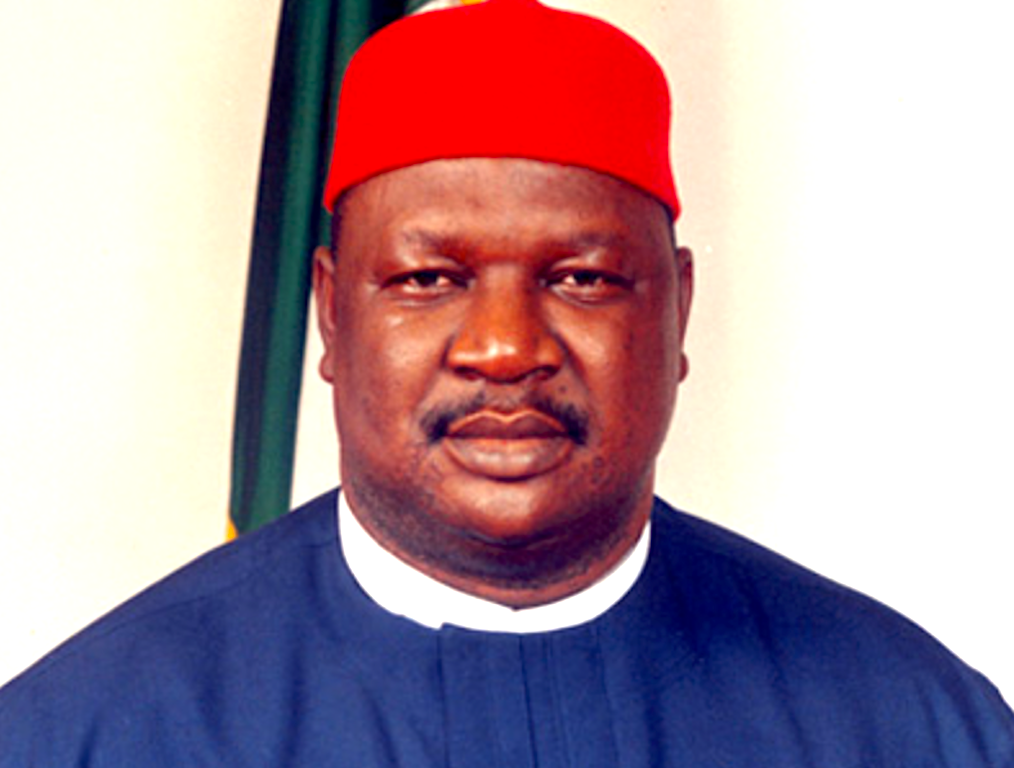 Anyim took office in the Senate in May 1999, and was elected President of the Senate in August 2000, after Chuba Okadigbo was impeached. He creditably held the office until May 2003.

He is no less a child of providence, wielding influence with alluring humility and exemplary focus. He has spoken and continues to speak to both regional and national uncertainties and fears, with courage and conviction. He has demonstrated with his life’s trajectory that law, spirituality, politics and philanthropy fundamentally address the transformation of the human condition for good. To-date, he unabashedly maintains this unique philosophy and footing.
Little wonder, the famous American poet and essayist, Maya Angelou observed that, “Nothing can dim the light that shines from within.” Angelou’s captivating insight into the existential challenges that confront great personalities fundamentally captures the life story of Nigeria’s storied politician, former President of the Senate, ex-Secretary to the Government of the Federation, exemplary bridge-builder and foremost humanist – Chief, Senator Anyim Pius Anyim (GCON); fondly called the gentle giant.
As he turns 60 today, his high vision of humanity and deep belief in Nigeria, quest for justice and positively impacting society have grown even bigger.
The enthralling odyssey of Senator Anyim Pius Anyim further goes to validate the enduring wisdom that the human journey, guided by faith, often leads to beautiful destinations. An unwavering sense of loyalty and duty, rigorous professionalism, stern discipline, demonstrable integrity and almost a child-like faith in his beloved God, had activated and enlisted those mysterious principles that guide progress.
Five qualities arguably match his famed big frame – generosity, simplicity, warmth, philanthropy and wit.
Highly detribalised and a deep man of faith, his broad-minded style of inclusive politics has seen him play an elder statesman’s role for the common good and sustainable development of Ndigbo and Nigeria as a whole. As a known and tested bridge builder, his relationships are truly national – even as higher political responsibilities beckon.
Anyim was born on February 19, 1961 in Ishiagu, a dominantly Catholic community in the Ivo Local Government Area of Ebonyi State. He attended Ishiagu High School (St. John Bosco), the Federal School of Arts and Science, Aba and later, Imo State University, Uturu (1983–1987). For his Youth Service, he served as the Co-ordinator, Youth Mobilisation Programme in Sokoto State. In 1992, Anyim became the Head of Protection Department at the National Commission for Refugees, Abuja, a job that included the provision of legal services and political protection for refugees. In this capacity he traveled to various parts of the world.
As the political impulse flowered, in 1998, he joined the United Nigeria Congress Party (UNCP) and won a Senate election. However, the death of General Sani Abacha on June 8 of that year nullified the result. During the transitional regime of General Abdulsalami Abubakar, he joined the People’s Democratic Party (PDP), and again ran successfully for election to the Senate in 1999.
Anyim took office in the Senate in May 1999, and was elected President of the Senate in August 2000, after Chuba Okadigbo was impeached. He creditably held the office until May 2003.
With remarkable foresight, he did not seek reelection in 2003 – correctly reading the political barometer at the period.
He was appointed by former President, Goodluck Jonathan to head the Centenary celebration of the proclamation of Nigeria as a nation by colonial Britain.
In January 2010, he led a delegation of 41 eminent Nigerians that called on President Umaru Yar’Adua to urgently transmit a letter of his incapacitation to the National Assembly to salvage the nation’s democracy from danger. This willy-nilly led to the Senate passing a resolution on February 9, 2010, to make Vice President Goodluck Jonathan Acting President. In May 2011, he was appointed as Secretary to the Government of the Federation (SGF) by President Jonathan.
Chief Anyim has bagged the following qualifications and honours: LLB. Honours, 1987 (Nigeria); BL. 1989 (Nigeria); LLM. 1991 (Nigeria), etc. He holds a National Honours of Grand Commander of the Order of the Niger (GCON) second highest National Honour in Nigeria.
In his Ishagu community, state, region and beyond, the kindness and succour of Senator Anyim to his kinsmen and wider citizenry are boundless.
Presently, Anyim is the management partner of “Prestige Law Resource Partners”, a fully integrated and multi-dimensional business law practice. He is happily married and blessed with three children and indisputably continues to impact his milieu.
James Ume writes from Abuja.