Paternity Fraud and the Upsurge In DNA Testing, By Dakuku Peterside

Nigerians seem to have discovered DNA testing, and it is about to wreak significant havoc on families in its scrutiny of marital fidelity. 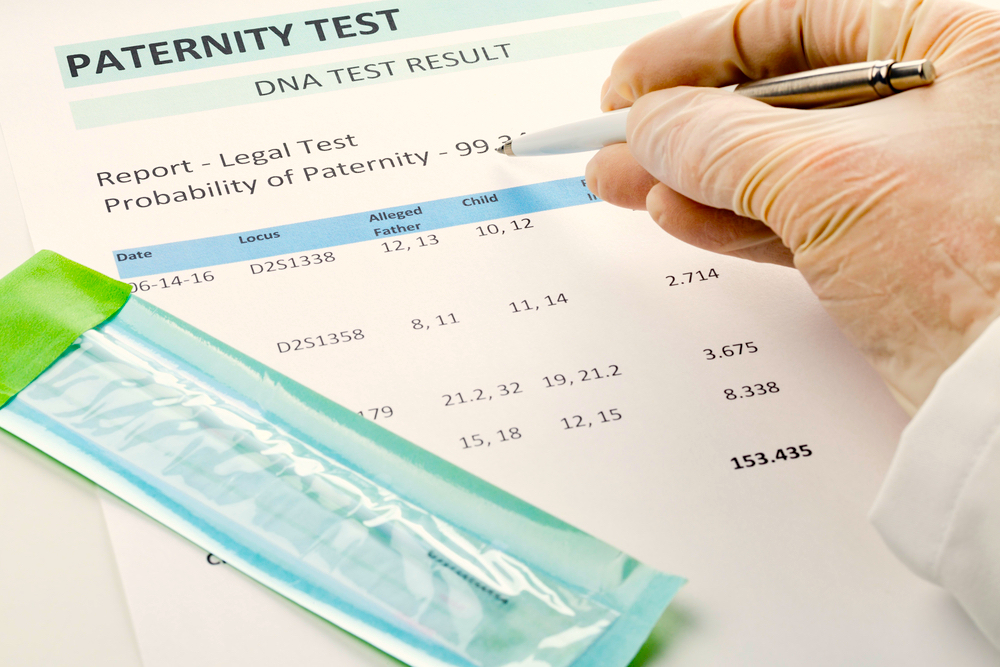 The emphasis should be on responsible parentage, leading to responsible citizens. People may undertake DNA tests to satisfy their moral curiosity. But they should not embarrass innocent children or disturb the rest of society with claims and counterclaims of parentage.

Over the past few months, Nigerians have been engrossed with salacious paternity stories. After many years, men suddenly realise that children from their wives regarded from birth as their biological children were products from other men. It is not just a simple tale of unfaithfulness. Instead, it is a deadly combination of adultery, betrayal, shock, shattered dreams, regrets and a turbulent future. This is the reality of paternity fraud!

Although these incidents became prominent recently, they are not new. In February 2017, a Nigerian man identified as Oscar found out that 32-year-old Valentine was not his biological son. The clip was from the Jeremy Kyle Show in the United Kingdom, which later went viral.

The perception that paternity fraud is high in Nigeria is not unfounded. Not long ago, a DNA expert from Lagos University Teaching Hospital claimed that 30 per cent of the Nigerian men who went to paternity testing centres were not the biological fathers of the children in their custody.

Reports have it that Nigeria has the second highest rate of paternity fraud in the world, after Jamaica. According to the American Association of Blood Banks, globally a third of all men are not the actual fathers of their presumed children. Many men have been unknowingly raising children that are not theirs. And to curb the trend, there have been calls for the introduction of mandatory DNA testing at birth.

In most traditional Nigerian settings, a child’s paternity is commonly determined by acknowledgement, presumption, or proof. Acknowledgement is the most practised of these three modes of paternity. In most cases, it only needs a man to accept that he is responsible for a pregnancy to be regarded, legally, as the biological father of a child.

In most places, a man is presumed to be a child’s father once the child is born within wedlock. It does not matter who impregnated the woman. If she is married, the husband is assumed to be the child’s father. Questions of paternity do not arise unless the man has evidence to prove otherwise. There have been incidents where an unmarried woman with an ‘unwanted’ pregnancy gets married to a man before giving birth, and the new-born legally becomes the man’s child.

However, high paternity disputes occur in Africa because of the massive emphasis its societies place on biological children. Marriage is often viewed as incomplete if it does not produce any biological child.

In our patriarchal society, women are most times accused of being responsible when there are no children in a marriage. In some cases, the predominant view is that they must have engaged in excessive premarital sex, leading to infertility. Men are hardly under any comparable pressure from society like women .

In most societies in Nigeria, expanding the family unit is seen as a prerequisite for social acceptance. Therefore, in an instance where a woman suspects that her husband is infertile and fearing societal repercussions, she may get pregnant elsewhere to protect herself, her husband’s reputation, and social standing, irrespective of how reprehensible the act is.

Some men have severe reproductive issues. A few years ago, research revealed that the sperm counts of men in Africa had seen a decline in over half a century now, with Nigerian men taking the lead.

The study also found that the possible major causes are sexually transmitted infections (STIs), hormonal abnormalities, excessive alcohol consumption, and tobacco smoking. Some 2 per cent of men who visit clinics in Nigeria, according to a report, do not have sperm, even though they have semen.

The second primary reason for paternity dispute in Africa is due to the error of swapping children in the hospitals where they are born, whether intentionally or unintentionally. Although this is rare, it usually comes from carelessness or in some cases acts of commission like the incident in Zambia, where a nurse named Elizabeth Bwalya Mwewa confessed on her deathbed that she swapped over 5,000 babies over 12 years for the fun of it.

The third reason is the preponderance of unwanted pregnancies. A 2018 global family planning report by International Conference on Family Planning (ICFP) claims that Nigeria has recorded over 1.3 million unwanted pregnancies in 2017. Also, only 13.8 per cent of Nigerian women used contraceptives in the year under review. So, in trying to avoid the social stigma of unwanted pregnancies and for some other selfish reasons, some women pin their pregnancies on some men, who might not be the ones who got them pregnant.

Other reasons such as the stigmatisation of adoption, criminalisation of abortion, and our extreme cultural inclination towards reproduction and lineage longevity, contribute to increased paternity fraud.

Besides, our traditional core moral values are fast eroding, and society is adopting a laissez-faire attitude to issues of morality. There are contending morality agenda within our community. We can broadly define these agenda into two dichotomous camps. One is the strict religious idea of morality that condemns sex before marriage and sex outside marriage. The second is the free secular idea of morality that allows for the relativity and subjectivity of morality, whereby people can choose their ‘brand of morality’.

It is open to debate which agenda is gaining ascendancy. Although Nigeria is a vast religious society, it is evident that religious and traditional morality is waning here, at least in practice. The Westernisation and secularisation of our culture has forced a ‘new normal’ morality on us that is neither conventional nor Western – a hyper hybrid morality that allows for anything and everything.

Therefore, adultery, sexual immorality and fluid sexuality are becoming the norm, rather than the exception. We see many men and women of easy virtue transverse dark alleys and major streets in our big cities. It seems that having multiple sexual partners is becoming the rule rather than the exception. Our sacred institution of marriage has not been spared the adverse effects of this social malaise.

Nigerians seem to have newly discovered DNA testing, and it is about to wreak significant havoc on families. The uproar appears to arise from a moral preoccupation with marital fidelity – this is justifiable as fidelity is at the core of the entire marriage enterprise.

Some men of low moral value target married women as sex partners. They erroneously see married women as safer to date than single ladies. In their thinking, unwanted pregnancies may not be an issue, and sleeping with married women may reduce the risk of contracting sexually transmitted diseases like gonorrhoea, syphilis, and HIV. Most of them also believe that married women are not likely to want to cross the line with their partners’ marriages and that they also understand the issues at stake better than single girls do.

Some married women selfishly use men as puns for sexual gratification without minding the consequences of their actions. Others engage in extramarital affairs because of greed and the quest for money. Irrespective of the reason for having sex outside of marriage, the result is that when there is pregnancy, there is a chance that the husbands are not responsible for the pregnancies and consequently are likely to father the children of other men.

The argument continues to rage over whether DNA paternity testing is necessary. Some people question the usefulness of knowing a child’s paternity – a painful truth that causes so much anguish, and shatters relationships and destroys life. They argue that DNA testing is irrelevant because even if a child is not a man’s biological child, whatever the circumstances of birth, these are not the child’s fault and the child does not deserve suffering from such shattering revelation. Every child deserves to receive both parents’ love and affection. Unless absolutely necessary, they should not be subjected to the inhumane act of shattering their world through DNA paternity testing, which could turn out unfavourable.

However, the reality of life is that whenever suspicion sets in, the human mind would not rest until the truth is uncovered. Most people become naturally apprehensive if there are credible allegations about the paternity of presumed biological children. Some people have sleepless nights, lack of appetite and lack of focus, until the allegation is cleared. They put the child under micro scrutiny: Every word spoken by the child, every action, every strand of hair, and every layer of skin, to see if they confirm or disprove his or her paternity. Only a conclusive DNA test will put these issues to rest.

There is also the desire to expose and shame the women whose unconscionable infidelity led to the unfortunate situation. Such unfaithful women may be condemned to the abyss of marital ignominy, and they deserve all the opprobrium they get. There is no acceptable explanation why a man should be treated so wickedly, deceived with a ‘big lie’ that can destroy many lives at once and which, in some cases, have led to the victims committing suicide.

However, as in the example of the unconscionable Zambian nurse mentioned above, mismatched or swapped babies muddle the whole issue. This kind of situation can lead to an innocent woman suffering because of the crimes of a devilish medical officer.

There is also the economic angle to paternity fraud. Paternity testing (sometimes called parentage testing) scans the Deoxyribonucleic Acid (DNA), the biological basis of inheritance, to prove or disprove the relationship between a child and an alleged father; and it does not come cheap. On average, it costs about one hundred thousand naira to conduct one in Nigeria. So, we must spare some thought for men who have suspicions about their children’s paternity but do not have the resources to get DNA testing to confirm their suspicions or to clear their doubts.

Nigerians seem to have newly discovered DNA testing, and it is about to wreak significant havoc on families. The uproar appears to arise from a moral preoccupation with marital fidelity – this is justifiable as fidelity is at the core of the entire marriage enterprise. However, publicity given to instances of doubtful paternity rubs off negatively on the innocent offsprings of reckless parent behaviour. Therefore, caution is required.

In conclusion, there are novel societal imperatives. Parentage is more than natural insemination. These days, in the nurture/nature dichotomy, the nurture should take precedence over nature in parenting matters. Therefore, I advocate for an increase in adoption by couples who feel a necessity to nurture children but cannot have theirs biologically. The emphasis should be on responsible parentage, leading to responsible citizens. People may undertake DNA tests to satisfy their moral curiosity. But they should not embarrass innocent children or disturb the rest of society with claims and counterclaims of parentage.

Why PDP members may defect to APC – Fayose

NSCDS recovers power cables worth N5M from miscreants in Bauchi

NSCDS recovers power cables worth N5M from miscreants in Bauchi