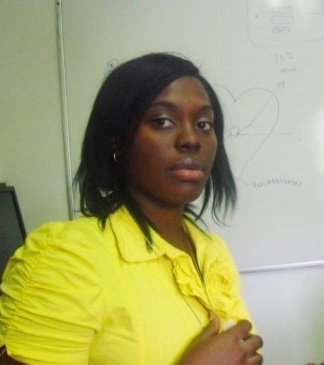 The lack of solidarity amongst the common people By Ogechi Ekeanyanwu

I have had to complain several times about the greed and excessive dependence on material things to gain a feeling of superiority. I have had to toss on my bed many nights, with sweat tricking down my forehead down to neck, stinging it and creating a rash every time I dab at it; those nights defying thoughts as to why there is never enough plague my mind.

Sometimes, I blame the lie of economics – human needs are numerous but the resources to satisfy them are limited. And though, he might never understand my grievance against this definition, the author has certainly got me bitter, at least over his creation.

His pronouncement of this definition gave credence to the greed of monopolists; it suggested that humans are incapacitated. And I do agree that it is hardly possible for everyone to get an equal share of resources, but it is also true that scarce resources were created as a result of multiplicity of wants created by a false sense of what people need to have to be accepted. Given that basis, people will strive to satisfy wants that immensely exceed what they truly need. This is a cause that is essentially the lesser good. For that which is truly superior is a cause bigger than you, a sense of altruism. Something of the sort of live and let live, have and let have. We find that this sort of ethics is one that can take us to a near utopian state. I realize that the essence of humanity is in its imperfections, so that there would be mishaps, just nothing so gory as we have in now. After all, despite your religious inclinations, despite our differing beliefs, while we are on earth, we (humans) are all that we have, and we have got to have each other’s back.

More so, if you decide to take up the mantle of leadership, it does mean that you found for yourself an existence that gives you a high sense of responsibility and an acute need to provide protection, a safety net. In this sense, any group of leaders (government) democratic or not has a mandate to ensure that there is a near even distribution of resources, that the false multiplicity of wants are checked. That as long as they deem themselves capable of leading a group, they decide what resources should be harnessed and in what quantity. What method should be adopted in harnessing the resources and how it should be shared? So, I have often wondered how the leaders who should provide safety are the benefactors of the kind of multiplicity of wants that are irrational.

But what bothers me the most is the lack of solidarity inherent in the proletariat. I have severally been told and in fact read about the communal history of Africa (it has become offensive to use that generalization, so I correct myself and say Nigeria); but as one who can safely be classified as a young person, I have never lived in that communality. What I am deeply aware of is prevalent sense of “I”. This “I” most times extends to a small cluster of people like one’s family.

Unfortunately, the lack of solidarity amongst the proletariat is to my mind worse than any form of sympathy or empathy that ruling class or elites refuse to have. It is the sort that I seek to analogize. A policeman who is grossly underpaid taunts an equally small earning “Okada” rider who then overcharges the unemployed or poorly paid person that will ride on his bike. The lack of solidarity is an attempt to jump a long queue to fill up a commercial bus when there were many other people also in a hurry to get to their destination.

The lack of solidarity between the proletariat is the sort you will find when government increases the fuel over 100 per cent in the name of subsidy removal and a commercial bus driver puts an over 150 per cent increases in his fare. The lack of solidarity amongst the proletariat is severely dangerous. It is the reason that a class who should have a common voice in the fight against oppression and in turn win the fight because of the strength of their numbers loses the fight.