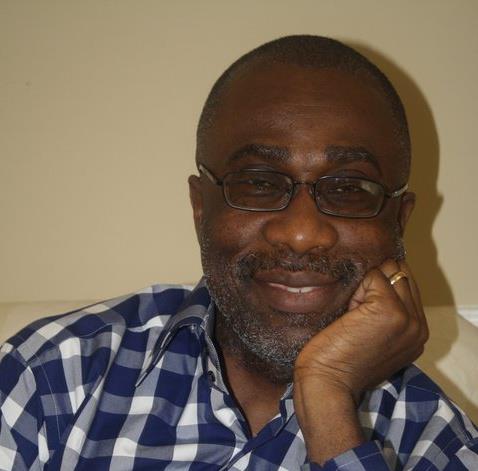 The empire talks back By Ikhide R. Ikheloa

The benevolent West, traditionally avuncular to African writers is getting impatient with the attitude of African writers and is fighting back, beginning with The Economist’s recent review of Binyavanga Wainana’s new book “One Day I Will Write About This Place.”  The imperially dismissive review snorted with derision: “[It] would be cheering to report that his first book… is worth the wait. It is not. Mr. Wainana should not have been encouraged to write in the form of a memoir… Too many African writers are co-opted by the American creative-writing scene only to be reduced by prevailing navel-gazing. Separately, much of the African writing culture that remains on the continent… is propped up with cash from the Western donors that African writers purport to excoriate.”

The Economist is right. Quite a few African writers of stature have been supercilious and condescending in their engagement with the West. They feel entitled to the generosity of their hosts. However, virtually every penny they have earned has come from the West because they write exclusively for the paying Western audience. Back home no one cares much. African governments only scan through books to see who is criticizing them after which they hunt down the poor chap. The writer is lucky to escape the continent into the arms of the waiting West.

The end of dictatorships has spurred rather than slowed the flight of writers from Africa. Virtually all African writers of stature live in the West. Some of them flee with dog-eared reams of foolscap paper in which they have stored what they imagine will sell in the West. And it does. Made-in-Africa misery sells like hot cakes in America.  Thanks to lavish Western funding, there is now such an animal called African writing. Africans created it.  In their works, Africa is a morbid museum, romanticized in perverse ways that would be racist were they to be penned by white writers. Yes, the West should start calling African writers on their hypocrisy. Virtually all African writers of stature beginning from pre-colonial times have been nurtured by Western aid. It bears repeating: The paying reading audience is in the West. No writer can live on what passes for a reading culture in Black Africa.

The vision of the founders of The Caine Prize for African Writing sustained the gifted and vulnerable whose only crime is to be born African. The Caine Prize (please delete “For African Writing” – too patronizing) has been good for African writers, and we should celebrate that. On the contrary, it is impossible to name an African funded prize that is as organized and thriving as its western counterpart. There is not a single award in the arts in Black Africa by Africans that has been sustained for more than a few years. They are usually established loudly with much fanfare, inappropriately compared to better funded, better managed Western prizes and happily allowed to grow weeds until they die of unnatural causes to the accompaniment of the loud bickering of pretend boards of “trustees.” Nigeria’s much touted NLNG Prize for Literature is an example: After several years of wallowing in lush mediocrity, its sponsors have decided that there is no dysfunction that money cannot cure. The award has been increased from a hefty $50,000 to an absurd $100,000 as if money confers prestige and stature on mediocrity. The NLNG Prize does not even have a dedicated website, yet it is offering $100,000 to young upstarts. What for? I say use some of that money to build a website for heavens’ sakes.

He who pays the piper should dictate the tune. Perform a roll-call starting with Chinua Achebe, Ngugi Wa Thiong’o, Wole Soyinka to the new writers – Ngozi Chimamanda Adichie, Chris Abani, E.C. Osondu, Helon Habila. Binyavanga Wainana, Petina Gappah, etc., and it becomes obvious that virtually all of these writers got their fame abroad. The older writers were literally rescued from the jaws of prison, destitution and death – to dizzying fame. From pre-colonial times, African writers of stature have been nurtured and sustained by white liberal largesse in the form of funding, awards and fame. They have enjoyed being wined and dined by white funders, only taking breaks to berate the West for her “racist” ways. The list of complaints is endless and exaggerated by a bounteous imagination: The white wine is not well chilled, the steaks are too done and of course whites are all racists who are interested only in the single story coming out of Africa, whine, whine, whine. Nonsense. Left to Nigeria, Soyinka’s papers would be dinner for termites. Today, they are cooled in the air-conditioned vaults of Western libraries, and serenaded by attentive guards. If Achebe had stayed in Nigeria after his paralyzing auto accident, he would have been long gone to his ancestors by now. He is alive by the grace of modern medicine and the generosity of white folks. The immense contribution to the cannon of English literature by African writers would have been impossible without the West’s generosity. African writers should be grateful. I said it. Sue me.