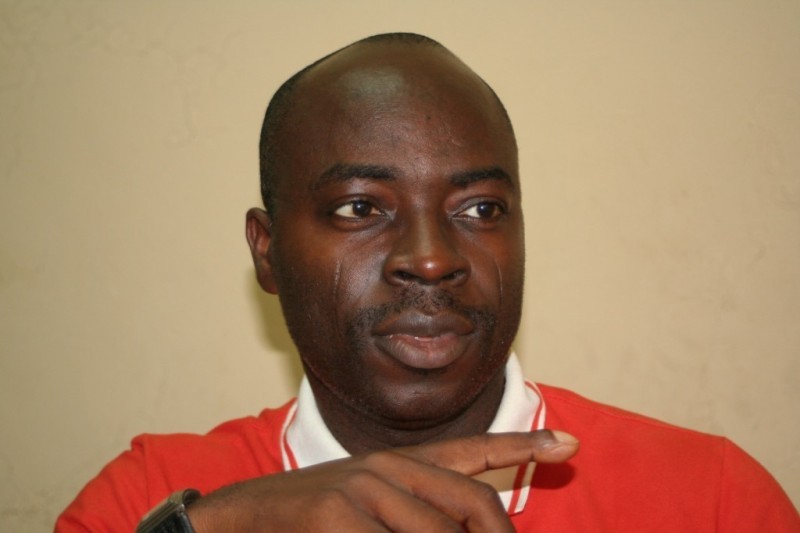 Only God knows why the attempt between July 6, 1967 and January 15, 1970 to carve a niche for Biafrans in Nigeria failed.

Not that there was no injustice (as we still have today) in the system. It is wrong to just conclude that because the Biafrans were outgunned and outnumbered, they were defeated after 30 months of a brutal war.

At least, nine years before the Biafran war, Fidel Castro started the Cuban revolution with the failed attack on the Moncada Barracks. Because of the initial failure, Fulgencio Batista, on May 24, 1958, launched ‘Operation Verano’. With 17 battalions, tanks, planes and ships, Batista entered the Sierra Maestra to destroy Castro and his men. Though greatly outnumbered, the rebels led by Castro, Che Guevara, Raul Castro and Camilo Cienfuegos, inflicted heavy casualties on the army and drove the soldiers back.

In various daring moves, the Cuban rebels took on army units many times their size. Batista’s soldiers were unprepared for the fighting conditions and the guerilla style of warfare so, thousands of them deserted to Castro’s camp. Batista eventually fled to Spain, giving Castro victory in 1959.

Also, 16 years after the Nigerian civil war, Yoweri Museveni came from the bush and chased General Tito Okello of Uganda from the State House in Kampala in January, 1986.

So, that Ojukwu and his Biafran allies failed was not because others, with same ambitions, did not succeed.

Ojukwu’s ambition was even at a lower scale. While Castro and Museveni wanted the whole country (and they eventually became presidents), Ojukwu wanted just a portion of a country.

What I think happened between 1967 and 1970 is that God wanted Nigeria to remain one indivisible entity and He still does, despite the series of vices rampaging through the land everyday, half of which, if they are visible in other countries, would have led to a total breakdown of law and order which will eventually lead to disintegration.

God wanted us to develop together. That is why Biafra did not succeed. If we fail to act now, the world will leave us behind (if that is not happening already). This country can not survive another war but the signals in the country today point to another war. This must be avoided at all costs because, according to Lt-General Theophilus Danjuma (rtd), no country survives two civil wars.

Events today have shown that we have not learnt anything from the civil war. It is unfortunate that those in charge of affairs of the country don’t have the zeal or determination to make the country work. I pray that it will not get to a level in which what happened in Genesis 6: 6 will happen in this country because God was so angry that He decided to turn His back against those people during the time of the Biblical Noah.

The remote foundation for the Nigerian/Biafran war was laid specifically in 1960 when Nigeria got her independence from Britain.

When the British began dissolving their empire, they had this dangerous agenda of merging peoples of various origins together, peoples with history of enmity and unresolved conflicts.

India, Sudan and Nigeria are classical examples of this deadly design.
The British left India as one entity but what happened in that giant of a country was not even up to half of what is happening in Nigeria today when that country later broke into three: India, Pakistan and Bangladesh. Southern Sudan was also carved from Sudan.

As Ojukwu was being buried yesterday, what came to my mind was: Have we learnt any lesson from the war? Why did this rich son of a multi-millionaire decide to serve his people instead of festering the wealthy tentacles of his father?

Why did Ojukwu, the first Quartermaster-General of the Nigerian Army, suddenly turn against a system which, in defiance to his father’s wish, he struggled to be enlisted into, despite his being born into immense wealth and privilege?

Circumstances beyond his control threw up Ojukwu and he seized the initiative because to do otherwise, he would have been rejected by his people and eventually become an outcast. The heroic worship he got till he was buried yesterday wouldn’t have seen the light of the day had he said ‘rankadede’ to General Yakubu Gowon (rtd) when his people were being butchered in the North.

To him, the indiscriminate massacre of Easterners in many parts of the North was an agenda carried too far.

He inspired his people to defend themselves from the onslaught of the North. They were outgunned and outnumbered by the Federal Government. It was even a miracle that he dragged the war for 30 months.

To say that Ojukwu spoke against injustice was an understatement. He hated it with a passion. That was why he bluntly refused to accept Gowon’s leadership. Forty-two years after the war, is there justice in the country? Even the latest promotion done in the police, was there justice in the exercise?

All that Ojukwu wanted was a restructured Nigerian nation that guarantees security, equity and equal development of its component parts.

A strong case was made for a federal structure at the aborted Lagos Conference and Ojukwu reiterated this in Aburi, Ghana but this was turned down. The action led to the war.

The case against the Aburi Accord by the federal delegation was that it would lead to the disintegration of the federation but, 42 years after the war, the spirit of the Aburi parley is still with us.

The Ikemba was so committed to the Biafra project that he only made one trip outside the axis: to Addis Ababa, Ethiopia in 1968 for a meeting on the war and he was so disappointed that Gowon did not turn up for the parley that he vowed to continue the war.

I strongly believe that Ojukwu’s primary motive for the war was not the disintegration of the country but a restructuring that would guarantee security, equity and progress for all regions or states. It is unfortunate that all the vices he fought against are still with us today.

One of the first five university graduates to join the Nigerian Army in 1957, he, given the circumstances and challenges at that time, demanded a loose federation and, eventually, secession, when the Nigerian system was blocking his larger vision for the country.

Nobody can deny the fact that Ojukwu was great.

During the war, he ensured that Biafra told Africa and Africans that the continent can sustain itself through its rich human and natural resources, if the atmosphere is right. He indeed gave, despite the difficulties and danger, the right atmosphere to his people to develop and invent what they consumed and used to prosecute the war.

Last Monday, Governor Babangida Muazu Aliyu of Niger State said at a lecture in Lagos: “A situation where the Federal Government takes 52.8 per cent with all the attendant wastages, leakages and abuses, while the states and local governments where the people live, the federating units, take 47.2 per cent, is abnormal.

The greatest implication of the distortion of our federalism is that it has created a new appetite and inordinate ambition in the fragmented elite to capture the power at the centre at all cost, because of the access to and control over the nation’s stupendous economic resources with the unimaginable priviledges attached thereto.

The military had foisted on our national psyche a mentality of doing things wrongly under the guise of corrective intervention to save the nation from total collapse, to the extent that we seem to have lost the public service values and ethos. We appear so militarised that our actions and yardstick of measurement of the standards are deprived of civility and rule of law.”

Aliyu is just expressing the frustration of millions of Nigerians on the way this country is being governed because there is nothing he said last Monday that Ojukwu did not canvass for before, during and after the war. Our politics is still being run the way it was done in the First Republic, if not worse.

Decades after the war, millions of Nigerians are still frustrated with the system. The number of Nigerians being killed daily is more than those killed during the war. Mediocrity is also being promoted in the name of federal character.

The country is not moving forward because a new government will always want to rubbish the successes of its predecessor just to create jobs for new contractors.

I was in Istanbul, Turkey in December, 2010 when Ojukwu was flown out. He never returned to Nigeria alive. He was not flown out on a pilgrimage. He was hurriedly flown out because of the decay in our health system.

Other unknown but rich Nigerians have also died in foreign hospitals in the last few months. That says a lot on infrastructural facilities of this country.

It is another story entirely if this column wants to address insecurity, bad roads, power outage and other vices in the land.

But why should somebody die before it is realised that he was the best man for the presidency?

From Monday when his body arrived from London to yesterday when he was buried, the kind of tributes given to him was enough for Nigerians to have decided in 2003 and 2007 that he should be voted to occupy the Presidential Villa, Abuja. Someone who was seen as a villain was praised to high heaven.

Ironically, when Chief Obafemi Awolowo died in May, 1987, Ojukwu described him as the best President Nigeria never had.

Ojukwu is dead. He was buried yesterday. We can never see him again. Are the lessons of the 30-month civil war buried with him?