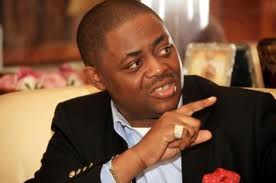 Dim Emeka Odumegwu Ojukwu was not an ordinary person or one of the run of the mill leaders that we often eulogise after death in Nigeria. He was much more than that. I had read and heard so much about him throughout my youth and in various history books including the bestseller written by Fredrick Forsythe, his old English public school friend and biographer, titled ”Emeka” and another book titled ”The Dogs of War” which was later converted into a Hollywood blockbuster.

Yet it was only in the late eighties and early nineties that I got to know this man intimately. It was at that time that I approached him to do us the honour of being an Honorary member of the old September Club, which was the the leading ”newbreed” political club and association of that day. Anyone that was anything in those days was a member of that great club and the day that Ojukwu came to address us and have a long discussion with us was indeed a remarkable day. It was a day of revelation and truth and a real eye-opener. We were all thrilled at his eloquence, his passion, his memory for detail and his determination to fight his corner and maintain his cause. I fell in love with him on that day as tears silently came to my eyes when he narrated the plight of the igbo in 1966,1967 and throughout the civil war. I will never forget that day. He inspired us all as he spoke and waived his big white horn (a symbol of his position and authority amongst the Igbo) which he held with such tenacity.

Yet it was in the privacy of his Villaska Lodge family home in Lagos, which was located on the then Queens Drive, Ikoyi, where he had kindly invited me for tea, that I became utterly enthralled with him. It was almost an obsession. I remember telling him that day that my only ambition in life after leaving Harrow (the famous British public school that I had had the privilage of attending) and Cambridge University was to join the army just as he had done after he left Epsom College and Oxford but that my father simply refused to allow it. I wondered how he had managed to pull it off given the fact that we came from similar backgrounds. He told me that unlike the Yoruba the Igbo were republican in nature and very independent-minded and that an Igbo father could not easily dictate to a son what his career should or should not be. For a brief moment I was overwhelmed and I wished that I had been born an Igbo. How different things would have been.

This is the effect that Ojukwu had on me. He was a man that inspired such loyalty and courage by his very presence. He was a man that risked everything for the lives and liberty of his people. He stood firm when others ran, compromised and did back room deals with their oppressors. He was a great and a proud warrior. A true son of Africa. The strength and pride of the Igbo race.

Today I re-echo the beautiful words of King David when he heard about the death of his old adversary King Saul and in a similar way I proclaim – tell it not in the north, tell it not in the south, tell it not in the east and tell it not in the west….”for how are the mighty fallen”. Ojukwu has fallen yet he lives. He is buried, yet what he stood for, the Aburi declaration included, is not buried with him. Those ideals shall live and endure forever and shall be manifested in our lifetime no matter how hard the Nigerian state seeks to deny or resist them. The right to self-determination, the freedom to live in peace with our values and cultural identity unmolested and intact even in a multi-religious and multi-cultural state, the right to be free from genocide, ethnic cleansing, religious persecution and tribal bigotry and oppression and the right to live in a country where all people are equal regardless of their state of origin, religious persuasion or ethnic identity are ideals that Ojukwu symbolised and fought for during the civil war and indeed throughout his life. These values and principles live and are not dead and buried with him.

To Dim Emeka Odimegwu Ojukwu, whose exemplary life has given me and millions of others in my generation more purpose, strength and determination to continue the struggle than he can possibly imagine.

I have only the following to say. You stood firm and fought hard for your people when it mattered the most. Nothing else counts. A product of Epsom College, Oxford University and the illustrious and wealthy Ojukwu family from eastern Nigeria. The father of Biafra. A man of strength, vision and courage. What an extraordinary and noble heritage. We knew your father and your father’s father. They also made their mark. They were also great and powerful men. Yet you were the star that eclipsed all stars in the Nigerian firmament. Unlike many of those who have hail you only in death, you were man enough to stand up and say ”no more” and ”never again” when your people were faced with genocide and mass murder. During the civil war the Biafrans fought like great men and lions simply because they were led by a great man and a great lion. We shall continue the fight for liberation where you stopped. The battle has passed to the next generation.

The threats of continuous threats of death, destruction, assassination, incarceration, detention, jail, persecution, misrepresentation and the manipulations and activities of the powers that be and the princes and principalities in the highest places in our land cannot stop or intimidate us for ”our weapons are not carnal but are mighty through God in the pulling down of strongholds”. May God bless and protect your precious and gallant soul as you join your ancestors in the great halls of Valhalla where the brave shall live forever. May God watch over your dear wife Bianca and your beautiful children and may your name never be erased from the annals of Nigerian history. Rest in peace, great and proud warrior.