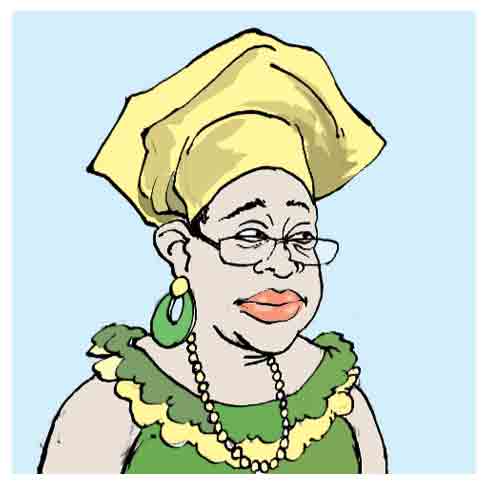 So last week, the government of the Republic of Niger decided to increase salaries for all her workers in both the public and private sectors. But that isn’t even what got my attention; the prices of electricity and water were reduced for those citizens who were at the bottom of the ladder, precisely those who consume, for example, about 30 cubic meter of pipe borne water monthly.

A friend of mine from the country who works for the private sector was quite excited about it, as for me I was a bit amused by his sudden demeanor of contentment or even triumph, but then at the time I was only curious to know why the government offers huge subventions to civil societies, non-governmental organizations as well as Private Media.

Of course, in his state of delight, he told me that the government feels obligated to do so because all these organizations are only supporting the government’s efforts, and by extension, doing what the government should have been doing, which includes providing gainful employment for citizens! Although he looked satisfied with his exposition I managed to keep a straight face and keep my cynicism to myself but then it occurred to me! They now have crude oil!

You see, in spite of the hunger threats and low literacy levels that form part of the way of statistically indexing Niger, the citizens are anything but docile owing to the manner in which they fiercely challenge their government. Shortly before the “Nigerian fuel subsidy gate” a rancor broke out in Niger over fuel prices because the citizens thought the official pump price was too expensive and not affordable. They complained that as an oil producing country, products should be subsidized for them, but because the government had already seen the negative impact of subsidy in neighboring states it was adamant. Needless to say, the subsidy removal in Nigeria now became a blessing in disguise to the government, because the rancour stopped as quickly as it came after Nigeria increased her own pump price, but it is important to note the difference here, which is that the government still listened and was forced to provide another form of relief through salary increment and subsidized electric and water bills. Is somebody still clamoring for an increased minimum wage?

The current president Mouhamadou Issoufou came to power in 2011 although he had stood for election at every presidential race since 1993 until he succeeded. As an opposition leader, he forged an alliance with other opponents and together they won the confidence of the electorate until he came to power. Niger is becoming something of a fascination for me, so I find me self now trying hard as I can to adequately acquaint myself with the country whose economy is concentrated around subsistence agriculture and exports of uranium ore and which consistently scored at the lowest ranks [186th out of 187] of the United Nation’s Human Development Index.

I earlier mentioned that the private media receives money from the government, this is in addition to an annual assessment that the government carries out to gauge their performances after which they are given cash prizes to invest and expand their operations. This raises a question of media independence, but hard as it is to believe, reliable evidence shows that the media challenges the government to the extent that most of the reporters have at one time or the other faced threats of imprisonment, in the course of duty.

Part of the media independence is defined by the ease of entry into the industry, especially with regards to how easy it is to get the license to start up a media outfit. Until recently when the authorities started to collect an equivalent of 60, 000 naira as administrative charges, it had always been free. All these made it appear ludicrous to me to understand that media regulators in Nigeria collect over 5million Naira for license and still charge renewal fees.

I am not aware of subventions given to NGOs in Nigeria but at the risk of sounding cynical, I am aware that health intervention programs for diseases like polio and tuberculosis might have come to stay because the more the intervention efforts increase, the more the diseases spread. Talk of how extremely difficult it is to secure counterpart funding for these projects from the government even when they have been budgeted for! This is what prompts us to cry until we get husky in the face of severe need but for which the donor agencies option has dried up.

There are cogent and crucial lessons to learn from Niger, and as a Kenyan proverb puts it, you don’t teach a grown up monkey how to climb a tree. I think it is either he knows how to climb or refuses to, or he never paid attention at the age he was supposed to have mastered the tricks of climbing the tree in the first place.