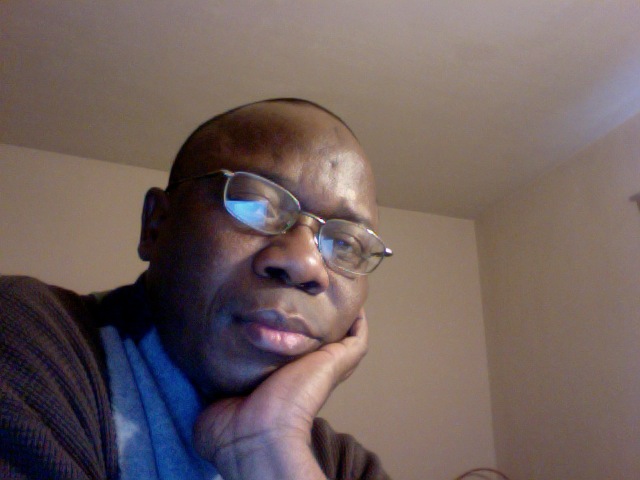 Given the existence of bodies such as the police, the EFCC, ICPC, NEITI, Mr. Nuhu Ribadu’s decision to accept to head the task force to investigate the corruption in the oil industry and report it raise two questions–one is a fundamental question and the second is a moral question.

The fundamental question objects to creating a new task force because that amounts to an unhelpful and unnecessary multiplication of agencies. The argument is that, in thought and in practice, needless multiplication of agencies make otherwise simple matters complex, and, for that reason, should be avoided.  Thus the question is:  what will this new task force do that existing agencies cannot do? An important part of the fundamental question is that entities like EFCC, ICPC, and NEITI would be needless if the Nigerian police and the policing system were working.

The fundamental question is sound and highly probable, though it needs to contend with two things. The first is the present and concrete Nigerian situation where basic ethics and transparency are endangered species, and the Nigeria we ought and want to be where ethical transparency is made the organizing principle of governance and public institutions.

Though ethics, and transparency, are cultural normative issues whose rules and laws are only guaranteed by formal institutions, the Nigerian police look too much of an improbable candidate to promote a national ethical and transparency system because it is neither professionally equipped nor culturally oriented for such a mission.

In other words, the fundamental question against Mr. Ribadu’s acceptance ought to contend with the paucity of ethics and transparency in governance and public institutions as cultural normative issue.  In promoting transparency, the ethical priorities take a front row before the policing or investigating priorities.  Sadly therefore, we must accept that the Nigerian police, as currently constituted, are still far from being an ethical body.

Thus, in the absence of an appropriately constituted ethical reference in our current police institution, Mr. Nuhu Ribadu’s task force is the closest approximation, as the potential ethical reference of the moment.  This fact also throws up a moral dilemma that until it is ready to assume its true ethical profile the tradition of multiplying entities like EFCC, ICPC, NEITI and the present Nuhu Ribadu Task force will continue to be the norm.

The second question which Mr. Ribadu’s acceptance to head another task force raises is a moral question. The moral question is: whereas we know that the task force is an example in multiplication of entities, and realize that Nigeria is still a work in progress, should Mr. Ribadu have accepted to head the task force under a congenitally immoral government such as we have in place?

This question implies that we assume that Mr. Ribadu has the professional experience, virtues, and moral talent to offer, and for that reason, ought not waste all these assets under an irredeemably corrupt, and, perhaps, evil government as we now have in Nigeria? I say evil because a government that looks its people in the eyes and makes the paucity of ethics and corruption the organizing principles of governance is evil through and through.  Thus, to serve or not to serve becomes the question.

But this moral question has an indivisible duality to it.  Mr. Ribadu’s historical task is that of a moral agent which serves as: (i) a common resource, which is a universal estate of all Nigerians; and (ii) and the cleansing mechanism of an industry, which is a cesspool of corruption.

A moral agent is a public agent answerable only to the public even if the “enabling factor” for its emergence is a morally corrupt government such as Mr. Goodluck Jonathan’s government.  We have good examples in the history of our country to illustrate this “moral calls” on some of our uniquely placed compatriots with strong moral talents and virtues. Dr. Tai Solarin’s work as the head of Nigeria’s public complaints commission is just one example.

Invariably, moral talents such as Mr. Ribadu are always caught in the dilemma of either keeping their talents to themselves, privatize such talents, or putting them at the service of the people. The problem with our country is that moral talents live paradoxical lives because, they are constantly faced with the moral challenge to serve or not to serve; and tragically, Nigeria has never had the good fortune of the correct enabling factor of governance to harvest all the moral talents that abound, and make them work for the public good.

Perhaps another way to put it is that: if we have had a morally inclined government, then we will not need the Nuhu Ribadus among us to come forward into the open too often.

The moral point therefore is how do all the Nuhu Ribadus among us make this happen?  And this is a direct question to this particular person called Mr. Nuhu Ribadu and other metaphorical Ribadus among us: if this Mr. Nuhu Ribadu ultimately decides to continue to accept this task the questions are: based on the perceived errors you made at EFCC, how will you make yourself the moral voice of the public consistently and (ii) how do we all work to have an enabling environment of governance such that we will no longer need this particular Mr. Nuhu Ribadu and all Ribadus among us for the environment will be moral enough not to need any new Ribadu? I guess my question is: how does or will this Mr. Nuhu Rubadu’s acceptance negate all the Nuhu Ribadus among us? This is the dual moral point that speaks to the dilemma of all moral talents among us. It is about today. It is about tomorrow. And tomorrow is right before us today.

POSTCRIPT: I reject in very clear terms the threat from the Coordinating Council of Coalition of OOdua Self Determination Groups that they will attack all “Northern” Interests if Boko Haram attacks Wole Soyinka.  For numerous reasons such threats are unfortunate, regrettable, unwarranted, and

shameful because they contradict Wole Soyinka’s moral voice. I will suggest to this group to please withdraw this silly threat. Boko Haram does not represent Islam; it does not represent the so-called North. It is not a Northern agenda. It is a private agenda.

The Yorubas are ?m?lúwàbí.  By their nature, ?m?lúwàbís do not use violence but rational argumentation to resolve issues. Thus, this group by the fact of its threat has acted Unsoyinkalike. All Yorubas should ask this group to withdraw this untenable, unjustifiable, and unethical threat. It is even enough to remember the recent wrong incident in Onitsha where a group wrongly attacked peoples of “Northern” descent just because of the act of a police officer of “Northern” descent. It turned out that the policeman is not even Hausa. The proper thing is for the offending police officer to be held responsible for his act and NOT every other person that “looks” like the police officer.

How does the Oodua group differ from Boko Haram, which all Nigerians have rejected?  And more importantly, Soyinka, in whose name this bogus threat was issued, is a global moral resource for all of us-Nigerians and non-Nigerians. It is time to start thinking!