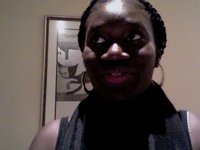 Our Nation is going down that very ugly familiar lane…

Where we know only the start but not where it will lead.

To all reading this, Senegal is in need of prayers today. Prayers to avoid us going down that very ugly familiar lane where Côte d’Ivoire, Sierra Leone, Kenya and a host of other African states preceded us… Down the ugly lane of pre-electoral violence.

The recent events on going in Senegal are defying the most basic assumptions held about Senegal’s democracy.

Police officers bitterly fighting with protesters across all the neighbourhoods of the capital until the wee hours of the night (in Khar Yalla, Baobab, Niary Talli, Ouakam, Colobane, the list goes on…)

All the neighbourhoods of Dakar ablaze… Overwhelmed police forces struggling to put out the multiple simultaneous hearths across the city, but barely succeeding.

At the heart of all this violence, a peaceful protest convened by the M23, and joined by hundreds of men, women, old and young, students and ordinary citizens of all faiths and political affiliations at The Place de l’Obélisque, which has become the symbol and seat of anti-Wade popular resistance, responded to by police tear gas.

In the middle of the protest, a police hot water hose tank runs into the crowd, crushing a young woman dead.

An ambulance IN OPERATION, carrying a victim severely wounded, fired with teargas by police forces.

All these images seem surreal even to the most seasoned analyst of Senegal’s political evolution. One does not believe this is really taking place in Senegal.

Pre-electoral violence in Senegal, brewing since the announcement of Wade’s bid for a third term, exploded when Wade received green light from Senegal’s Constitutional Court on Friday January 27, confirming him on the list of valid candidates to the next election to be held on February 26 2012.

A multi-party competitive democracy since 1974, when many other African states were still reeling under the iron fist of dictators and bloody military coups, Senegal hoisted itself up to the level of a firm beacon of democracy in the region in 2000, when former president Abdou Diouf, head of presidential regime in power for 40 years, peacefully handed power over to Abdoulaye Wade, close winner of the 2000 presidential election, and to his opposition coalition.

Much water has gone under the bridge since 2000, and Wade today is the most contested figure in the Nation.

Following the June 23, 2011, popular uprising, which saw the historic unleashing of a sea of protesters in front the National Assembly to contest a constitutional makeover that would have instituted a vice-presidency (thought to have been created for Wade’s son, Karim Wade) to secure an easy victory for Wade at the 2012 presidential election (see article Green Thursday in the Life of the Nation by same author), contestation has not died down.

Firm popular demands for the invalidation of Wade’s candidacy to the next election were stepped up in the run-up to the 2012 presidential electoral campaign. On the grounds that the new Constitution adopted in 2001 – drafted by President Wade himself one year following his rise to power –, limited the number of terms of any president to a maximum of two, protesters took the streets multiple times to denounce what they saw as a constitutional coup d’état.

The calls for President Wade’s departure were in part fuelled by his age and doubts about his ability to assume the country’s leadership of the country. Officially 85 years old, Wade is thought to be at least 90 years old by most people in Senegal. After another third term, he would thus be at least 97 years of age, a record even for an African village chief.

Many also fear that Wade’s secret’s ploy is to seize power in 2012, but not finish his term –midway creating a vice-presidency position and appointing his son, Karim Wade, to the position, thus succeeding to impose his plan of a monarchic devolution of power that the Senegalese electorate rejected during the 2009 legislative elections and again on June 23, 2011.

Led by the “Y’en A Marre” group and the M23, a popular citizen movement composed of all opposition parties, civil society groups and ordinary citizens, created to keep alive the spirit of the June 23 uprising, the protesters took the streets every 23rd day of the month between June and December 2011.

Wade showed no signs of retreat from his resolution to run for a third presidential bid however. Changing the administrative partitioning of the country to downsize the districts where his party, the PDS, did not have a lead, ransacking public coffers to fund his campaign, publicly announcing his retraction of his previous public statement where he announced that he would not run again in 2012, Wade appeared determined as ever to extend his stay in power for a third term.

A series of political intimidations perpetrated against opposition political figureheads by heavy muscled youth also set the country in a tense mode of violence, escalating into the death of a PDS envoy and imprisonment of Wade’s fiercest youth opponent, Barthelemy Diaz, head of the Socialist Party’s Youth League.

Composed of the “five Wise”, judges appointed by the president and copiously treated in the days preceding their decision with gifts of a limousine each and 5million CFA bonuses from the President, serious doubts were cast regarding the impartiality of the Court’s decision.

On January 27, 2012, 29 days prior to Election day, the Senegalese Constitutional Court’s “Five Wise” published the final list of validated candidates for the 2012 presidential election. This list included Abdoulaye Wade, and excluded the notorious popular singer Youssou N’Dour who had announced his bid for the presidential seat at the 11th hour in a contested context.

The Constitutional Court’s court decision to approve Wade’s candidacy was immediately met by disappointment, then popular anger. Youth and M23 leaders assembled at the Place de l’Obélisque to await what they hoped would be the Constitutional’s Court historic turnover of Wade’s constitutional coup d’état, took in the news, then lashed out their anger in protest of the Court’s decision.

Many witnesses claim that as soon as the news was announced, commissioned envoys from the presidential camp who had infiltrated the M23 protest assaulted the main opposition leaders in attendance, forcing them to flee and lose face vis-à-vis the youth in need of leadership at that critical moment.

At the end of the Friday riots, many public edifices were destroyed in Dakar in protest, leaving one young police office, Fodé Ndiaye, dead. The riots spread over the weekend through to other parts of the country, Fatick, Kaolack, Matam, Tambacounda, Diourbel, Thies and Saint-Louis, where throngs took the streets to denounce the constitutional coup d’état by the elderly president Wade. In Podor notably, Northern Senegal, a violent protest on Saturday left two dead, a young highschooler in 8th grade and a 60-year old grandmother.

Faced with the tenacity of Wade’s decision to take part in the upcoming elections, the M23 in a final act called on all the forces of the nation to embark on a Resistance against what they labelled as Senegal’s constitutional coup d’état, and called a peaceful protest on Tuesday January 31 at 3pm, at the now infamous Place de l’Obélisque, Senegal’s Tahrir Square.

The Ministry of the Interior forbade the protest, boding of potential tensions and renewed clashes between national security forces and the mobilized youth.

From 3 to 6pm, the protest ensued peacefully. At 6pm however, tanks began to march on the tight crowd assembled at the Place de l’Obélisque, marching on to the crowd, as police officers targeted political opponents such as Moustapha Niasse, Youssou Ndour, and others.

What ensued is now history.

All the neighbourhoods of Dakar ablaze… Determined youth running all sides…