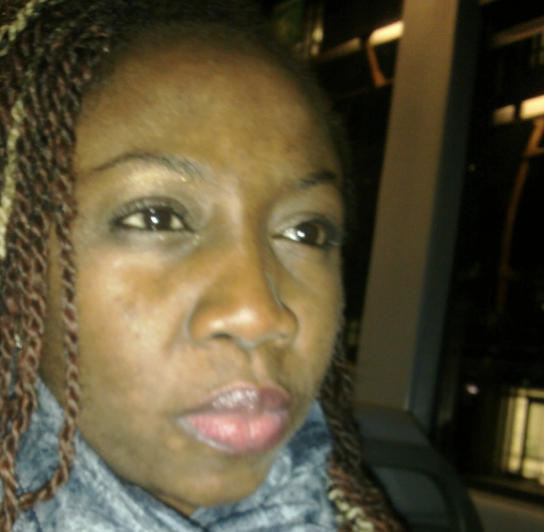 What a month! Kai…my only prayer is that the momentum that inspired the outrage will somehow be sustained. Thank GOD for the internet that can somehow remind us, especially we in the Diaspora, what is at stake in this whole fight. I just watched a video of an Occupy Protest, Naija-style done in New York, which captures the essence of this whole struggle for me.

Omoyele Sowore, the activist editor of Sahara Reporters, and a handful of  our own version of refusniks enact a protest that shuts down a town hall meeting of Nigerians in New York with a visiting minister.  No matter where you fall on this issue; one will commend the protesters who decided to put-up a mirror to the nonsensical behavior of our leaders.

Now, you have to wonder if anyone of our Nigerian leaders—just one, that’s all we need, one—has a conscience. This is not sanctimonious banter, it is just simply a question of what really is going on in our country, that the minister arrived almost two hours late to an event—in America.  Apparently, this was not the first time, it happened earlier in Chicago too. I can’t really confirm that she’s apologized for these characteristic tardiness. However, what one witnesses is that she chose to remain seated while the national anthem was sung!

Who does that? If we are talking context, we know for sure, no American official or politician seats when their national anthem is being played. I mean America is the land of if-you-butcher-the-national-anthem you are finished, or if you don’t wear your lapel pin, you are dubbed unpatriotic! Thus, why would the visiting minister, Ms. Onwuliri sit during the Nigerian national anthem?

I think the answer lies in an arrogance that is slowly destroying the fabric of whatever it means to be Nigerian. Perhaps the minister wants to offer an alibi: anyone would feel attacked with the approach of the protesters. They were, no doubt, intense; and at one point the putative leader, Sowore, was on full cylinders! “If you have conscience…I am not Martin Luther King Jr., nonsense….” The video honestly takes you through a whole host of emotions, but you really do understand where this anger comes from.

In a YouTube comment, the famed pop artiste, Banky W said, in an ideal society one could remove subsidies and tell people to brace themselves, but the simple fact is Nigeria is not an ideal society, and this subsidy removal is, certainly, not how we shall get there. Truth be told, there are some Nigerians that support the subsidy removal and think it is high time we move towards effective deregulation of fuel pricing in the country. I read somewhere that Ms. Onwuliri herself mentioned America and Ghana as countries that were progressing in this way, but the futility of this allusions ought to get back to her because she was fundamentally comparing apples to oranges. America has more than 200 years of development history to fall back to, and Ghana’s policies have not produced Boko Haram, conscious as they are, since they found oil, not to reproduce the tragic narrative of their Nigerian neighbors.

Going back to the protest bit, there are those who would argue that since Sowore and his group had their turn in the exercise of the right to free expression,  nothing is lost if they would allow the minister give some sort to sincere response.  Yielding to the opportunity, any opportunity, for a national conversation is never futile. It carries the valued gem of a transformative promise. Dialogue can surely help end all these problems that are metastasizing in  our heads, and this is without prejudice to the shipwrecked example of the of the New York town meeting, which,  as the blogger, Vera, claimed, was obviously in the ”Come-Chop” genre.

Thus, as we take account of our multiple national dilemmas, leadership will be a challenge.  Problems will never disappear, they only mutate. How many people remember when Nigeria’s biggest problem was 419,? Now it is bombings in the North, although it appears to be moving dangerously closer to the southern-states too.. True, Boko Haram has everyone scared, but I am more scared of a president who makes disconnected statements about how this is something in our history…. I will discuss him in another entry.

Buried in the innards of this national puzzle, is the solution to our problem, which I propose we engage through collective introspection of the motivations behind the momentum, and the outrage that caused us to pour-out in thousands, during the recent subsidy protest. . The truth is that we have to address the injustices most characterized by the abuses in the Niger/Delta and the inequities in the North that gave roots to the Boko Haram insurrection.  The risk of indifference will be large scale convulsion that can lead to things falling apart.

*SOLARIN, a nomadic amateur drummer, and a researcher at the Max Planck Institute for Foreign and International Law (Freiburg, Germany), writes a monthly blog for Premium Times.

This democracy shall not crash By Banjo Odutola