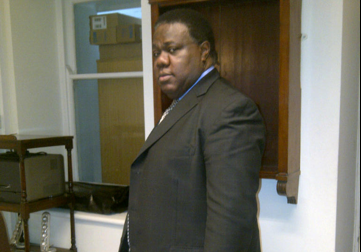 This democracy shall not crash By Banjo Odutola

Queen Elizabeth of Great Britain once gave a commemoration speech at her 40th anniversary of ascending the throne in which she admitted that 1992 was an Annus Horibillis. Monarchy on this side of the pond would have crashed but for other events that reined in powers of the Fifth Column.

In Nigeria, ours is a republic. And, there are institutions not only to support its functions; there are checks and balances for pursuit of good governance. In view of our peculiar circumstances of woeful dividends from this democracy, the dynamics between these functions of separate tiers of government where a single party holds powers at all levels are another issue. Like every democracy, the office and powers of the executive, legislature and judiciary are constituted for good governance. Ours is not any different. This is the reason this democracy, no matter how contrived a call to crash it may be, shall not crash – at least not to the advantage of the Fifth Columnists amongst us.

To call for suspension of the current constitution is what crashing a democracy entails. It is to bring an end to constituted powers of those three organs, above. In the state of our present union and dispensation, there may well be good reasons to explore, semantically, an inducement to change the present guards or system. But, there are far better reasons to chart a forceful change within internal political party democracy and not crash what we have, presently.

Is there a time in the last twelve years when political governments proffered an Annus Mirabilis? Are the governed not served with unpalatable and constant diets of “dem leave sorrow, tears and blood…dem regular trademark” associated with military interventions? Though, our under-development at this stage is comparable with most other nations in their political histories. Like in those countries, as prevalent here, there were few honest politicians and administrators serving greater purposes to advance common national purpose, unity and wealth.

In our particular case in the twenty-first century, a reason that distinguishes the earlier example is a glaring under-development and failure of physical infrastructure. So much so, the governed recognise entitlements once showered like a heavy downpour of rain have become light drizzles of the morning dew. Executors of our common trusts adorn benefits on themselves as new brides to exhibit beauties of embroidered gowns made out of filthy lucre.

The result of clueless leadership is the constant dashing of hopes of the next generation. Planning is based on religious mumbo-jumbo auctioned at the altars of prosperity gospellers. A church leader openly assaulted a defenceless damsel; and no law enforcement agency rose in defence of enshrined legislation – not even as a noisy disapproval or charade to deter others. What a nation!

Anyway, it is difficult to uphold the constitution whilst on bended knees before a General Overseer. The “man of God” is the fixer in our inefficient democracy, conducted as a theocracy. Too many of these “men of God” are published with ready opinions on the functions of government. They have one pronouncement or the other to complement or contradict government positions. This does not make sense.

It happens because of weak leadership. Instead of proving their own forte, the same clergymen have not openly condemned one of their own, who at a redemption arrogantly abused a worshipper. As a nation, a few murmurings here and there ended the matter. It was not grave enough for civil society to picket the church. Adherents who do not read the scriptures use any passage to justify the action of their so called “man of God”. Inappropriate treatment is allowed on a holy ground, as state houses. Where is the difference?

Our greatest problem is a deficit of leaders. Forbes Magazine Columnist, Mr. Rajeev Peshawaria submitted that “there is no such thing as bad leadership.”  He doubted if weak leaders can in fairness be regarded as leaders in the first place or they somehow found themselves in positions of power through brute force, cunning, chance, or all three? His anodyne is that “only when they demonstrate both higher purpose and enduring values should we call someone a leader.

But juxtapose Mr. Peshawaria’s concept besides James Madison’s, Fourth U.S. president, in his earlier paper – Federalist 51, wherein he wrote: “if men were angels, no government would be necessary. If angels were to govern men, neither external nor internal controls on government would be necessary.” It may seem that Mr. Madison is more tolerant of those in positions of power. That is farther from the truth. In the same paper, he argued for checks and balances so that “ambition must be made to counteract ambition.”

The Guardian Newspaper edition of 20th January published a report of how Benue State Legislators treated their executive governor because of “gifts” of Sports Utility Vehicles (SUV) that were not then approved for their benefits. The news item typifies the mentality of many leaders in our nation. So, whilst Mr. Peshawaria’s three key accelerating factors are partly indicative of ascension to the Nigerian presidency, the current president cannot be crucified for the quality of lawmakers in Benue State or any other unit of the Federation.

Nonetheless, for Mr. Goodluck Jonathan, his legacy in seven months include problems posed by Boko Haram, university lecturers’ strike and removal of fuel subsidy to name but a few which have collectively portrayed the man as rower going up the creek without a paddle. Poor soul.

The president’s sculptured vulnerability is as then in the previous administration. It is nonetheless, capitalised upon in an interview of March 2011 when the Sun Newspaper published its account of Mr. Pat Utomi. He said: “We have a fundamental problem. We have to bring this system down completely and rebuild.”  Even for this present administration, his words still resonate in certain quarters in this country. Parse them, they are bold or balmy, contextually.

His enunciation of how to crash the “system” betrayed logic. The inherent difficulty of interpretation as to which “system” he intended, though. Was it the democratic dispensation or political arrangement that bred criminals and third class rated minds to attain political relevance? In direct language, did he advocate a treasonable felony against the last administration led by Mr. Jonathan?

The professor’s concerns for the country were pillared on two columns: the economy and moral values. Firstly, he volunteered: “the Jonathan government has crippled the Nigerian government. All the public resources of our country are being used to prosecute private personal political campaign of the PDP. The state governors have pillaged the treasuries to advance their political interest”. He was reported to have said that the Nigerian economy was going nowhere.

Secondly, his egocentricity of occupying a premium seat on a commercial flight to Abuja, in which Mr. Aminu Dabo, former Managing Director of Nigeria Ports Authority who was released from prisons had also travelled, was boundless for a moralist.

The professor’s judgmental attitude barely marshaled a conviction for the moral turpitude he desires in the rest of us. After all, his compelling concern is the breakdown of moral values in civil society; not rights to elective office in the absence of a grass-root base. When translated, it is all about entitlement without service.

His comments on the report from the United States Congress warning that Nigeria may not exist as a country in a few years should not be ignored. Contrary to his concern, we are asked if we need worry about a report from a U.S Congress. Perhaps, at our own risk, we ignore the soothsayers. After all, the same U.S. Congress is an unreliable source for information on how to start a just war and respect for constituted rules of engagement by all its military personnel. To the professor and his advisers, the main cause or our problem is the intellectual poverty of our leaders.

We should ask Mr. Utomi to define the percentage in this subset; and if that is enough to plunge a whole country into a constitutional crisis.

Lace his logic with another import – it is suggestive of self-promotion, personal ambition and unconvincing patriotism. Mind you, there is nothing wrong with an ambition, which largely benefits the country. Could he take credits for anticipating the current occurrences of bombing and removal of subsidy protests? If such credits are ascribed or claimed – they are inappropriate. Read the interview. its subtext was mangled by personal frustration of contrasts of the person at the helm of our affairs. He seemed to have all the answers to our national maladies.

Interestingly, there are a few in his class. They have no critical mass in grass-root politics; their political ideologies of resolving our national problems are unclear; and they have no records for elective offices. Their political electability is in the confines of their fawning fan clubs. Curiously, there is a similarity in their antecedents. They were appointed into prominence and have remained like hounds in the political terrain because they have once tasted power which metaphorically is like blood in a hapless country. The highest office of our nation is perceived to be in their gifts for that very reason.

This is not about a personal interest in Mr. Utomi. By accounts, he is a formidable educationist and businessman. His patriotism in its own measure is no greater than that of others who do not covet the highest elective office. Give it to him, many of the issues raised in that interview are today as pertinent as they were almost a year ago.

These observations disagree with a need to crash our democracy. The patronage module which largely imposes high quality and dishonest candidates into high offices stems from the type of wrong morality which the professor pivots his interview. What is ignored is that path-dependence is the result of a bad government sowing seeds for a future bad government. In that form, the professor’s position is vindicated. That may well be so. But, must we go to the extent of crashing this democracy to inaugurate another, the form, which is unknown where moral values remain unchanged?

Rather than crash this democracy, perhaps competence can be enhanced through training. However, honesty is a fundamental human trait. No amount of training can improve it. The rule of law is the only obligation that safeguards electorate’s expectations. In this day and age where the court of last instance respects the sanctity of justice – there is every hope that we can sustain this democracy and there is no sensible need to crash it, willingly.

Banjo Odutola is a solicitor of the Supreme Court, England and Wales, and a Lawyer at a Firm of Solicitors in London, England.