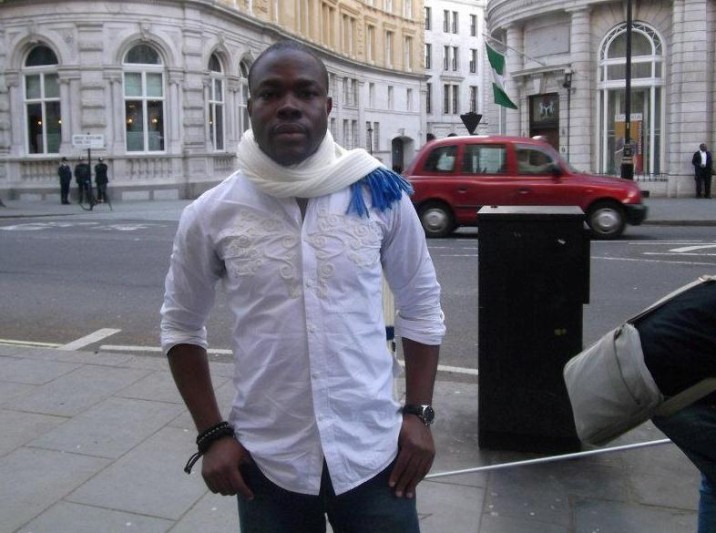 Why we protested By Nicholas Ibekwe

Last night I had a dream.

I was back on the streets of Lagos as a reporter. My story for the day was to ask young Nigerians, who for almost a fortnight protested peacefully and demanded change in the affairs of their country, how they felt after the government deployed soldiers to disperse them. One of the young men I was interviewing said something (I can’t remember what exactly it was anymore) so heartrending that after he walked away, I sauntered towards an abandoned van, squatted and wept profusely.

When I woke, my pillow was drenched in tears.

I don’t give in to tears easily. For the tears to transcend the world of dreams into the physical realm, whatever it was that my visionary friend told me must have touched the core of my existence.

Let me tell you a short story. During the last days of my late father, he had asked mom to allow us, his youngest children, visit him at the hospital (I guess he already knew he wasn’t going to make it). My other siblings, seeing how sickly dad looked, started crying. I was as shocked as they were (dad had left for the hospital barely a week ago ill but healthy looking). But instead of getting all teary, I just stood, dry-eyed, in a corner of the ward transfixed like a derelict mannequin.  Dad looked at me and said: “Why aren’t you crying?”  But Mom quickly interjected and wondered why I had to cry. She rebuked him for wishing death upon himself. I guess my old man knew better – he died a few days later. I was barely fifteen years old then.

“Why aren’t you crying”, were the last words my father said to me. Little did I know that those words were prophetic. Mom, a petty trader, went through hell trying to raise us. How she managed to pull that off still astonishes me. But that is not the crux of this piece. I will keep it for my memoir, if I ever grow old enough to write one. Remember as a Nigerian I’m expected to die by the time I’m 45.

This piece is about the fate of the Nigerian youth and why we took to the streets last week. Well, I can’t say for every country but I doubt if the youth of any other country is treated with such disdain as the Nigerian youth. The problems deliberately imposed on us by our corrupt government are so endemic and entrenched that one may as well ask us the same morbid question dad asked some fifteen years ago- “Why are you not crying.”

Let’s take a look at education. If you can bring yourself to describe it as education in the first place, what is taught in Nigerian schools and universities is at best basic. I stand to be corrected. There is hardly a semester that lectures don’t go on strike for at least two months.  As I write, Lectures are on strike over the implementation of an agreement signed with the government since 2009. There is no single University (except the insanely expensive private ones, may be) with integrated Internet for students and staff. Books from the 1960s and 1970s populate libraries. Some professors still teach with lecture notes they wrote in the 1980s.

The last time I visited Mom in the town where I grew up, I was shocked at the state of the secondary school I attended. It was an eyesore. Students are still being taught in the same classroom block I used as a fresher in the early 1990s. The difference now being most of the classrooms have no walls around them and their corrugated iron sheets roofs have been replaced with palm fronds.  Weeds have overtaken the entire compound. And this is the only public secondary school accessible to more than nine towns and villages. On my way back I couldn’t bear to look in its direction. My face was fixed on the other side of the road like a person with an acute case of lockjaw.

Last year the governor of the Central Bank of Nigeria, Sanusi Lamido Sanusi, estimated that Nigerians spend N155 billion ($1.03 billion) yearly on school fees in Ghana. Please don’t ask me how much is spent paying school fees in Europe and the US. I’m sure even our incredibly brazen government is too ashamed to make the figures public. With the derelict state of our education, sometimes it beats me how Nigerian students still manage to compete with the best in institutions around the world.

During the strike last week, our minister of finance and former vice president at the World Bank, Ngozi Okonjo-Iweala was heard on Aljazeera saying, “poor people don’t get it”, as she tries, unsuccessfully, to rationalise the hugely unpopular removal of the “phantom” subsidy of petrol. She was right.  Yeah poor people don’t get how a former vice president at the World Bank could write a budget that earmarked N1 billion ($6.6 million) for food for the Vice President and the President in a country where people live on less than $2 a day. We don’t get how the President would want to spend N140 million ($933,333) to maintain the lawn at the State House while Bayelsa State, his home state, has the highest rate of infant and maternal mortality in Nigeria. Mind you, Nigeria has the fourth highest infant mortality in the world; for every 1000 births in Nigeria 103.2 die before their fifth birthday. The 2010 maternal mortality rate per 100,000 births for Nigeria is 840.

The biggest disservice done to the Nigerian youth is the death of hope. Our politicians are like termites: they are not just contented with devouring the corn; they destroy the barn as well.  The system that is froth by their greed is like a vampire- it survives on the blood of the youth.

One of the beauties of being young is the ability to plan your life and project what you would be doing in say 5 to 10 years time and be almost sure you will attain it. If you dare do that as a Nigerian youth the realities around you will promptly slap you back to consciousness. Don’t get me wrong. I am not saying there aren’t successful young Nigerians. But let’s face it; most of them are either into entertainment and or the arts. I’m not being judgemental here (I’m from an art background myself). Truth be told, the 2faces of this world are not interested in becoming astronauts, the DBanjes of our world would probably make woeful administrators. The Chimamanda’s of this world would rather write lovely novels about memories of the Nigerian Civil War than design state-of-the-art fighter jets and submarines. The Verissimos’ of our world rather compose a dirge on the lives lost to the scourge of sickle cell than think-up a cure for an ailment that affects more than 150,000 children born every year in Nigeria. While we sing and dance the rest of the world is forging ahead.

These politicians have not only decided not to be role models they have also effectively made it difficult for us to produce role models amongst ourselves. The quality of life for the Nigerian youth is zero. A friend told me last week: “We are not living; we are just existing.”

Last week we said enough is enough to the downward spiral of our country into a banana state.

Why are we not crying? We are not crying anymore because we now know tears are not the elixir that will heal our dying country. The generation of our parents have failed us because their only reaction to these anomalies was to cry and pray. And that, my friends, has buried us deeper in the cesspool we are now trying to swim out of.

Therefore, for those who thought last week’s protests were about the removal of subsidy on fuel, I say you have terribly miscalculated. The removal of fuel subsidy was only a catalyst.

Nigerian youth protested to express the pent-up frustration imposed on us by corrupt and insensitive politicians. We protested because our futures have never been bleaker. We took to the streets last week because we are tired of being collectively described as criminals and Internet scammers. We protested because we want to be accorded the same level of respect like youth from other parts of the world. We gathered in Falomo, Surulere, Kano and Ojota because we can’t stand government ineptitude anymore. We protested in South Africa, New York and London because we are ashamed of people feeling the back pocket of their pants to check if their credit cards were still safe while they shake us with the other hand. We demonstrated because we are sick of working as maids and janitors in foreign lands. We gathered in Ibadan and Kaduna because we are weary of journeying through the Sahara in search of better lives only to be raped and used for shooting practice in Libya.