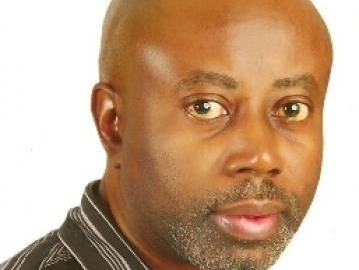 Who is afraid of homosexuals?

This article first appeared on March 13, 2006. It is excerpted from the book Time to Reclaim Nigeria.

If present government in Nigeria had its way, homosexuals, that subhuman group that seeks to foist its dangerous ideology on the rest of us godly beings, would rot in jail. Suddenly, homosexuality has been elevated to high treason and homosexuals placed in that league of “notorious troublemakers” that includes the likes of Asari Dokubo, leader of the Niger Delta People’s Volunteer Force (NDPVF); Ralph Uwazurike, leader of the Movement for the Actualisation of the Sovereign State of Biafra (MASSOB) and Frederick Fasehun and Gani Adams, factional leaders of the Odua People’s Congress (OPC).

Since the news broke in January that the government was proposing a five year jail term for anyone engaged in gay or lesbian relationship, including those who “aid and support them”– whatever that means – I have been struggling with what to make of the latest pontification by the rulers of Nigeria. I have been postponing this particular piece for two reasons: first, I have had to embark on self-censorship because of the “sensitive” nature of this subject; second, no week passes without a “more serious” and gravely disturbing news from Nigeria.

In the last month, we have gone from a presidential adviser castigating anti-third term elements and describing the third term agenda as a “bogey” by enemies of the Obasanjo administration, to zealots unleashing mayhem in the name of religion. We have seen a president who has completely lost touch with the reality of the Nigerian situation tell us that he is willing to die to defend his “reforms”. And lately, we have witnessed the National Assembly Joint Committee on the Review of the 1999 Constitution railroad a constitutional amendment process in what may end up as the greatest fraud against Nigerians since we attained flag independence on October 1, 1960. Of course, there is the incessant violence in the restive Niger-Delta where government forces in collaboration with multi-national oil companies are working to vanquish a people for whom oil has become a terrible curse.

All this is enough to rile any curious observer of Nigeria’s sociopolitical terrain. But I digress. Generally, the views, mostly by religious figures, on the homosexuality question have been supportive of the government’s position. Much of it though is devoid of any critical or dispassionate analysis. What are the arguments? The government wants to checkmate same-sex marriage because it believes that “despite all the pretensions about this kind of thing, Nigeria is still basically a conservative society”. “We know the values that we hold here as a people and so government decided to say that let us check basically the possible erosion of our value system,” Minister for Information and National Orientation, Frank Nweke, was quoted as saying.

The arguments get parochial and dogmatic. Minister for Justice and Attorney-General of the Federation, Bayo Ojo, while giving state and federal high courts jurisdictions over this “unnatural” offence was quick to remind us “it is un-African to have a relationship of the same sex. If you look at the holy books, the Bible and the Koran, it is prohibited. The issue is that we don’t want such incidents to crop up in our nation”.

What makes homosexuality un-African? Is it the fact that it was imported from Europe and America? The fact that those who practice it in Africa are in the minority? Or the fact that it’s a recent phenomenon on the continent? Aren’t there a thousand things that did not originate in Africa that we benefit from and enjoy today on the continent? Do we reject them because they are un-African? What our zealots are trying to do is to use sophistry to bamboozle the rest of us into submission. The argument about homosexuality being un-African is not supported by the facts of history. Gays and lesbians may be in the minority, but homosexuality in Africa is as old as civilization.

Some homophobes claim homosexuality is a “barbaric, perverted and unnatural act”. They argue that nature intended sexual relationship to be strictly between a man and woman, and that homosexuality goes against human nature. If you scratch the surface of this argument all you see is deep seated bigotry based on the religious sensibilities of the proponents. What is human nature? Human nature is no more than the agglomeration of social, cultural, historical, and economic factors, that shape the lives and attitudes of a particular group of people. Human nature is not static. In some societies in Nigeria, many things, including cannibalism and killing of twins, that were thought to be “natural” in time past are no longer acceptable!

By far, the most frightening weapon in the arsenal of the anti-gay movement is the one that reduces the issue to what the holy books, the Bible and the Koran, say or don’t say about homosexuality. That something that affects an entire society (made up of Christians, Muslims, animists, non-believers, etc) can be reduced to what the holy books say doesn’t bode well for our country. It’s this same line of reasoning that makes it possible for the likes of Bode George, Deputy National Chairman of the ruling People’s

Democratic Party (PDP) to make such asinine comments as “one thing the president fears is the punishment that may befall him if he fails to follow the wish of the almighty God in playing his role to revamp the country”.So we are told to endure Obasanjo for another term in office because God has revealed to him he is the “messiah” that Nigeria so desperately needs! Religious extremists who do not hesitate to unleash mayhem on fellow citizens will definitely find comfort in this argument. Nothing propels them better than the feeling that they have a duty to propitiate Heaven.

Nigeria was not founded on the basis of the Bible or Koran. Nigeria is a secular state. It is worrisome when the government abandons its responsibility to citizens and becomes the handmaiden of religion. The civilized world has moved away from the period in history when religious laws and doctrines formed the basis of social interaction between citizens in a state.

It’s sad enough that gay bashing pervades many religious and social circles. For the government to now go one step ahead and criminalize homosexual relationship is simply horrifying. Gays and lesbians are not harming anybody. They are not aliens from some distant planet. They are our fathers, mothers, sisters, brothers, uncles, aunts, in-laws, friends, neighbours, etc. They deserve to be accorded all rights guaranteed to every Nigerian in our constitution.

We can’t afford to grant the government, certainly not the present government, the right to decide what happens in our bedrooms!

Court grants order for prosecution of customs boss for forgery

Government yet to fix date for subsidy cut, says minister