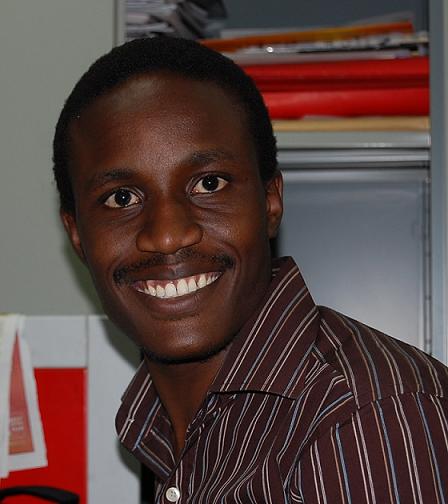 Nigeria: Beyond #BringBackOurGirls, By Tolu Ogunlesi

“It is only Nigerians who can, come February 2015, decide that enough is enough.”

If #OccupyNigeria was a flood, #BringBackOurGirls is a tsunami. Nigeria has never seen anything like this before. David Cameron, Michelle Obama, Sarah Brown, Anne Hathaway, Angelina Jolie, Kim Kardashian even, have all added their voices/tweets/banners to the #BringBackOurGirls campaign.

The campaign has overshadowed every other thing about Nigeria. It turned even the very successful World Economic Forum in Abuja into a footnote/backdrop. And the editorials and stories have poured in, from the New York Times to the Economist, calling the President and his wife and their joint-government callous and irresponsible and clueless (nothing we as Nigerians hadn’t long ago suspected).

Nigeria has left the Africa-pages and Rest-of-The-World sections, and moved into the headlines and round-the-clock-news. And the pressure is not only from abroad; it’s local and homegrown as well. Local rallies are on and in full force in many cities – in Abuja they’re actually happening every day. People are finding their voices and lashing out against government nonchalance and incompetence in unprecedented and inspiring ways. My friend Gbenga Sesan pulled an impressive feat of subversion: he wore a #BringBackOurGirls T-shirt onto a stage that had President Jonathan present, to receive his Schwab Foundation Award, last week in Abuja.

Here’s what I think:

One: Somewhere between being unwilling and being incapable, we know the Nigerian Government / military / authorities will not bring back our girls. There are those within the government who either do not believe the abductions took place, or who believe it was staged by the enemies of the President and his government to cause embarrassment on the eve of the World Economic Forum. Watch President Jonathan’s body language and see clearly a man who thinks there’s some mischievous and malevolent force at work, seeking to embarrass him in front of the world. We need to understand the man we elected to rule us. This for him is not really about missing girls; it’s about people out to undermine his government. Every incident, every criticism, is linked to an opposition that wants to bring the government down. This is a President who has said it again and again that #OccupyNigeria only happened because people in Lagos were paid and fed to protest against him. He genuinely believes it, and seems to believe the same about everything else: from the unaccounted-for billions of dollars in oil funds to the missing girls – these are all grand conspiracies against his government. Is that the man you expect to bring back our girls?

Two: We know that Boko Haram will not let go of the girls. Boko Haram has proved to not be the sort of terrorist organization that is open to negotiations. In September 2011 President Obasanjo paid a negotiation visit to the family of late Boko Haram leader Mohammed Yusuf. Less than 72 hours later the man who hosted Obasanjo was dead, in a hail of bullets. Unlike Al-Qaeda, there’s no publicity too bad, or no action too extreme, for Boko Haram. The group (groups, more like) will only ‘listen’ to the consistent demonstration of superior intelligence and military force. No appealing to conscience, or social media campaigns, or threats, will work. That should be clear by now.

Three: We know that hashtag will not bring back the girls, only action will. The social media campaigning has its immense usefulness – for keeping the issue in the spotlight and shaming our government and military into behaving more responsibly – but without the deployment of funds and tactics and technology aimed at pounding Boko Haram into the ground, nothing is going to change..

We need to understand how everything fits into everything else. The job of the hashtags and press statements and campaigns is not to bring the girls back, but to make sure they’re not forgotten. The media attention is the fire that burns and sheds light to keep the government on the edge, and prevent them from lapsing into their trademark indifference; it’s what hopefully dissuades military bosses from continuing to embezzle budgets meant for welfare and weaponry. But it’s only light/heat. We need action – which is the only thing that can bring back our girls – AND KEEP OUR BOYS ALIVE, AND BUS PARKS AND VILLAGES SAFE!

I’m not a military expert, but I’ve got some ideas. I have a lot of faith in the external help we’re getting, especially from a technology point of view. I suspect that advanced technology is the only thing that can shift the balance of power in this crisis. We need the sort of intelligence that smoked Osama Bin Laden out of a Pakistani village, and sent him, like the Biblical Pharaoh, to the bottom of the sea. This fight needs night-vision goggles and drone surveillance and satellite imagery. This is not a conventional battle. How is it possible that Boko Haram is communicating with mobile phones, and Abu Shekau is shooting and distributing videos, without us being capable of tracing and tracking them?

Four: While acknowledging that only external help can make a difference at this point in time, we need to realize that as Nigerians we cannot afford to surrender this campaign to the world. Don’t get me wrong. I’m very grateful for the attention. For the way the world is keeping the pressure on. I hope the world never forgets. I hope nothing happens soon that steers the attention away to the next hot news topic.

But in the end, this is a crisis that Nigerians will have to deal with by themselves, and not leave to outsiders who are not equipped to understand the nuances that make difference between temporary and lasting success. The world thinks of #Chibok and recalls #Malala, and instinctively casts this as a battle between Islamists and young girls seeking an education. We know that it is far more complicated than that. We remember Mubi and Buni Yadi and all those innocent boys whose slaughter didn’t generate any hashtags. We know that even if we found every single one of our girls today (and I hope and pray we do), we’d still be as far away from true victory as we are now. We know that even if there were no girls available to kidnap Boko Haram would still find other ways to demonstrate a ruthlessness that even Al Qaeda finds impossible to identify with.

Yusuf Alli: An investigative journalist par excellence at 60, By Yushau A. Shuaib