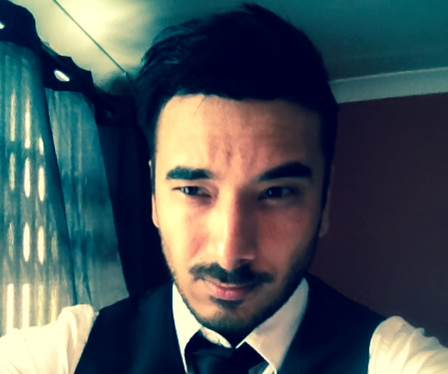 Why Boko Haram may have kidnapped Chibok’s schoolgirls, By Ryan Cummings

Less than 24 hours after an explosion ripped through the Nyanya Motor Park in Nigeria’s capital, Abuja, reports of another act of terror filtered in from the country’s north east. On the morning of 15 April, a group of unidentified gunmen attacked Chibok, a settlement located near the Cameroonian border in Nigeria’s Borno state.

Upon initial inspection, the attack was no different to the plethora of incursions which have become a near daily occurrence in Nigeria’s insurgent-embattled north east; the assailants mortally wounded a number of residents, torched several commercial and residential properties, and attacked the area’s largest education facility. However, by the time the insurgents had departed, with the same etherealness which marked their arrival, it was clear that the attack in Chibok was of an unprecedented scale.

Initial reports detailing the incident indicated that 85 female students were abducted from the Chibok Government Secondary School, which seemingly served as the focal point of the incursion. Several hours later, an official communiqué by the Nigerian military stated that the number of abductees was as high as 129, but claimed that at least 100 hostages had been freed. However, the statement was later recanted and the official toll of female students unaccounted for increased to 234.

While there have been no official claims of responsibility for the kidnapping, suspicion has fallen on Nigeria’s Boko Haram Islamist sect. For years, Boko Haram has waged an armed campaign in north eastern Nigeria, aimed at toppling its secular government and transforming Africa’s most populous country into an Islamic state governed by Sharia Law. Although some of the sect’s insurgent operations have targeted state-aligned facilities and interests in northern and eastern Nigeria, over the past 12 months Boko Haram has increasingly shifted its focus to civilian targets – an operational transference which has resulted in the deaths of at least 1,500 people since the beginning of 2014.

The question remains; what would motivate Boko Haram to kidnap a group of female students who pose a minimal to non-existent threat to the sect’s aspirations and/or longevity? Vengeance is a possibility. In a series of communiqués released by Boko Haram in 2012, the sect’s shadowy leader, Abubakar Shekau, routinely accused the Nigerian government of kidnapping the wives and children of suspected militants. Shekau’s rhetoric coincided with documented reports that the Nigerian authorities had detained at least 100 civilians, mostly women and children, on the suspicion that these individuals had familial ties to several high-ranking Boko Haram militants.

Unconfirmed reports suggest that members of Shekau’s immediate family were seized during such security operations, which have purportedly become a mainstay of Nigeria’s counter-insurgency strategy. In many of his statements, Shekau has accused government forces of mistreating and sexually assaulting civilian detainees, and he has stated that the same fate would await the wives and children of government officials and soldiers alike.

On 7 May 2013, this threat seemingly came to pass when the sect captured several women and children following an attack on a police barracks in the town of Bama. In a video released to a jihadist website, Shekau claimed responsibility for the kidnapping and vowed to make the hostages his personal slaves if several of his conditions were not met – the foremost of which was the immediate release of all women detained by the Nigerian military. Coinciding with the release of scores of detained Boko Haram wives and children, the sect released a number of hostages on 24 May 2013.

However, reciprocal reprisals may not be the sole motivation for the Chibok kidnapping. In conjunction with the sect’s increased targeting of civilians in Nigeria’s north east, Boko Haram has increasingly adopted kidnapping as both a finance- and concession-generating tactic. In Cameroon’s Far North province, which shares a border with Nigeria’s insurgent-battled Borno state, Boko Haram has claimed responsibility for at least two kidnappings, both of which involved the abduction of foreign expatriates. In the first such incident, a family of seven was kidnapped near the town of Dabanga in February 2013. Eight months later, the sect kidnapped a French priest near the Cameroonian border town of Koza. Boko Haram claimed responsibility for the abductions, citing reprisal for the ongoing detention of sect members by the Nigerian government, in addition to France’s ongoing involvement in combat operations against Africa-based jihadist groups. In both cases, the victims were released unharmed. Although the exact circumstances surrounding their releases remain unclear, it is widely speculated that a cash ransom was paid and/or that senior Boko Haram members were released in exchange for the safe return of the hostages.

Given the high-profile nature of the Chibok kidnapping, in addition to the immense strain that the incident has and continues to place on Goodluck Jonathan’s administration, it would not be implausible to assume that Boko Haram conducted the kidnappings as a means of negotiating the release of its detained commanders and/or to garner some form of ransom payment from the Nigerian authorities. After all, either outcome would further strengthen Boko Haram and undermine any gains the country’s armed forces may have made against the insurgent group.

In addition to ransom payments, the abduction of the teenage girls could also serve as another finance-generating method for Boko Haram, through the form of human trafficking. As is the case across much of the world, this is a thriving industry in West Africa, which provides criminal and insurgent groups with revenue streams which can tally into the millions. The first indication that the Chibok students may have been targeted for trafficking purposes came from a video statement released by Boko Haram in March 2014.

Further to confirming that the group was behind the 14 March attack at the Giwa Barracks in Borno state’s capital, Maiduguri, Shekau also indicated that Boko Haram would abduct female civilians. In an English transcript of his communiqué, which was delivered in the Hausa dialect, Shekau stated that, ‘in Islam, it is allowed to take infidel women as slaves and, in due course, we will start taking women away and sell [them] in the market.’

Human trafficking gained further credence as a possible explanation for the Chibok kidnapping on 29 April, when Chibok community leader, Pogo Bitrus, claimed that the students had been sold off as wives to Boko Haram militants for as little as 2,000 naira (US$12). Bitrus further claimed that the hostages had been separated into groups and were trafficked to neighbouring countries, such as Cameroon and Chad, where the Islamist sect is believed to have established operational and logistical bases. Despite this, the Nigerian government has yet to comment on the veracity of Bitrus’ claims.

The motivations for the kidnapping of the Chibok students should not be considered mutually exclusive; the abductions may have been conducted to fulfil a number, if not all, of the aforementioned purposes.

That being said, while considerations focusing on the reason behind the mass abduction are important, a more pressing concern is the prevailing environment in which the abductions took place. While the Nigerian government has claimed that Boko Haram is merely a ‘temporary problem’ and that it is winning the war against the sect, the ease with which a group of gunmen could abduct 234 girls from what should otherwise be a place of safety may delineate a more inconvenient truth about the progression of the insurgency. Without a discernible change in the tenuous status quo, it may simply be a matter of time before Nigeria is once again faced with the burning question, ‘Why have you taken our girls?’

How my daughter died from Abuja explosion – Father