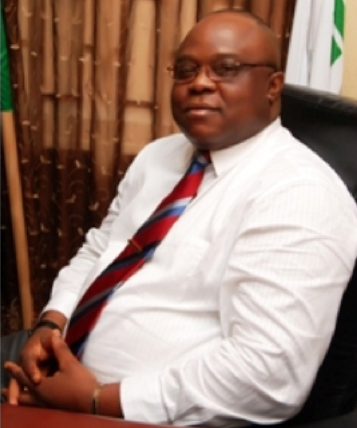 The dust raised by last week’s early morning bombing of the bustling Nyanya motor park located on the outskirts of Abuja, Nigeria’s Federal capital city and seat of government, is yet to settle down. Surprisingly, as if to really demonstrate that they are actually in charge, after the blast in Abuja, the terrorist moved to Girls’ Secondary School, Chibok, Borno State and swooped on the students writing the ongoing West African Senior School Certificate Examination, WASSCE. There, they abducted more than 200 girls. According to reports, the operation lasted for more than six hours – from 9pm till about 3am – without any challenge coming from the security agencies. The whereabouts of majority of the girls is still shrouded in mystery.

With the recent developments, it is pertinent to reappraise the whole campaign against terror in Nigeria. The Boko Haram episode may have escalated in 2009 but the truth is that the whole thing was planned by Nigerians for a long time before the bloody skirmishes that eventually unfolded in 2009. Many of the foot soldiers and their commanders had received extensive training in some West African countries as well as some Middle East countries before that bloody encounter.

Some years ago, the Chief of Defence Staff of Niger Republic had intimated the Defence Headquarters in Nigeria that they arrested about 600 Nigerians who were in their custody in Niger Republic. They were allegedly sniffed out of their training camps in Niger Republic. Regrettably, the Nigerian authorities did not follow up this piece of information, and when Niamey could no longer cope, she merely allowed the people to go their own way. At about the same time, in the wake of the overthrow of Muamar Gaddafi, the Chief of Defence Staff of Mali also inundated the Defence Headquarters in Nigeria that a whole brigade of Libyan fighters had taken over Northern Mali and cried out for help from Nigeria to confront them and chase them away. Again, the Nigerian authorities, as usual, turned a deaf ear.

It was at this point that the French Government was contacted and subsequently, French troops stepped in and rained bombs on them in the hills of northern Mali. By the time they were dislodged from Mali, they left Mali and settled in Sambissa Forest, from where they recruited a good number of fighters in the northeast of the country to wage war on Nigeria. Though they are using Nigerians as foot soldiers, most of their commanders are not Nigerians. Majority of them are Libyans, which account for the speculation in military circles that some of the dead bodies found at Sambissa forest after each military encounter, were more like bodies of people of Arab descent and other non-Nigerians. Besides, the Libyans and others of Arab descent now pillaging the country, many Nigerians have also visited such countries as Iran, South Yemen, Iraq and others for terrorists’ training. They usually go there under the pretence that they were going to study.

Unfortunately, our Intelligence network in this country is at best comatose. The Department of State Security that has statutory responsibility of carrying out internal surveillance and intelligence gathering seems not to be doing much. Instead, its lean manpower resources are being dissipated as VIP escorts for politicians rather than concentrating on their primary duties. It is sad to note that up till date, no single person has been fingered as one of the sponsors of these terrorists’ acts in the country. You only see the security agencies running after the inconsequential foot soldiers while the big guns are moving freely. I believe that the reason for this lackadaisical attitude is that somebody or some people somewhere don’t want to offend anybody and, therefore, are more inclined to cover up rather than expose those behind these devilish perpetrations.

The other day during the Anambra State election, I saw SSS operatives with buses marked DSS and uniforms. I challenged anybody to tell me that he or she has ever seen any bus or operatives of the Central Intelligence Agency, CIA, going about in buses marked CIA or in uniform with CIA boldly written on the shirt or T-shirt. Today in Nigeria, every Tom, Dick and Harry, particularly politicians and even fraudsters have SSS escorts assigned to them. At the Nigeria Intelligence Agency, NIA, the story is worse. That agency is as dead as dodo.

At the onset of the Boko Haram insurgency, the SSS members who were sent to spy on the sect members soon became more Boko Haram than the sect members they were detailed to spy on. Today, you have virtually all members of the security agencies – Military, Police, SSS, Customs, Immigration, Prison officers and others – who are active members of Boko Haram. That is why the ongoing war may be difficult to win. At present, the army is seriously overstretched in maintaining internal security. It has less than 88,000 men, the navy 12,000, the Air force about 11,000 while the police has 350,000 men or thereabout in its nominal roll. Since the incumbent IG withdrew policemen from checkpoints, what have they been doing to fight crime and criminality?

The only way out of the present quagmire is to go back to the drawing board and like this column has always advocated, let us close our borders with Niger, Chad and Cameroun. These terrorists are domiciled in Northern Cameroun, which is far from Douala, the capital. That is why the Camerounian authorities are less perturbed. All these countries mentioned have fallen to the intimidation of these terrorists who may have simply told them: “If you don’t allow us to operate in your territory, we would turn our guns against you.” That is why all these countries that share boarders with us are not raising a finger against the terrorists. They are comfortable as far as the heat is not on them.

I believe the best way to regain total control of Nigeria’s territory is for the military to embark on a grand assault of the hills and forests in the North-east. They could do what the United States did to Osama Bin Laden at Tora Bora in Afghanistan. They should engage in indiscriminate bombing of the hills and forests even if it means dropping napalm bombs ceaselessly for about a week. That was what the US did in Afghanistan and Bin Laden was forced to take to his heels when the caves where he had taken cover came crashing under the crushing weight of the devastating bombs. He fled to neighbouring Pakistan and finally pitched his tent at Abbotabad where the US Marines finally dealt him a deadly blow. So, the Nigeria Air Force must take up that role. If the terrorists are hiding inside the caves in the hills, they will collapse in the face of intense carpet bombing.

Above all, there must be a joint information room for all the services so as to be able to properly coordinate this anti-terror campaign. The situation where the security agencies do not share information is bad enough. Even where, may be, the military gives information to the SSS, the service goes and takes the credit. As for the police, they are not known for sharing information with any sister agency no matter what.

The other day, Alex Badeh, the new Chief of Defence Staff, said the role of the military is to confront the terrorists while the civilian authorities will do the politically-needful. He is right. Now, what is the role of emirs, politicians and elders in this fight? A closer look at the tactics of these Boko Haram terrorists shows clearly that they rely more on people drawn from the lowest cadre of the social ladder to fight their war. These are shoe shiners, mairuwa (water vendors), and other artisans. Remember that they used a firewood truck in the bombing in Maiduguri sometimes ago. The fact remains that the security agencies have as much information as possible at their disposal, what is left is the ability to piece them together and do the needful. May God help us; help Nigeria!

Our rich heritage and the danger of foreign values, By Muhammad Jameel Yusha’u

The Nigerian Senate And Its Obsession For Regime Protection, By Garba Shehu