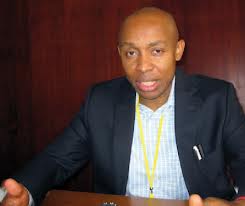 The State Has an Obligation to Protect Journalists, By Chidi Odinkalu & Ibrahima Kane

byPremium Times
Reading Time: 3 mins read
0
On March 28, 2014, in Arusha, Tanzania, Africa’s highest court, the African Court on Human and Peoples’ Rights, delivered a far-reaching decision in a case concerning the rights of journalists to practice their vocation free from intimidation or the fear of death.

The court, in its first ruling on such matters, held that the failure of a government to diligently seek and bring to account the persons responsible for the assassination of a journalist intimidates the media, has a chilling effect on free expression, violates the human rights of journalists, endangers truth, and should not be allowed.

The journalist in question was Norbert Zongo, publisher and former editor ofI’Indépendant in Burkina Faso, who was killed over 16 years ago.

On December 13, 1998, passersby discovered four bodies in a badly burnt car near Sapouy, about 100 kilometers from Ouagadougou, the capital of Burkina Faso. The burnt bodies, it emerged, also had bullet wounds: They were identified as belonging to Norbert Zongo and his brother, Ernest Zongo, as well as another journalistic colleague, Blaise Ilboudo, and his driver, Ablasse Nikiema.

At the time of his death, Zongo was working on a story about how David Ouedraogo, driver and domestic employee of Francis Campaoré, was tortured and killed in 1998 for allegedly stealing vast sums of money from his employer. Francis Campaoré is younger brother to Burkina Faso’s president, Blaise Campaoré. A presidential commission later concluded that Zongo’s killing was politically motivated, triggered by his journalistic investigation into the killing of David Ouedraogo. The commission also identified five members of Burkina’s presidential guards as implicated in the killing.

Yet only one of the five, Marcel Kafando, was ever charged for these killings, and the charges against him were subsequently dropped. All efforts by Zongo’s family and their lawyers to seek accountability for his killing were thwarted: The case was reassigned to different prosecutors and judges and the fees paid by the family for processing the case returned.

In 2011, Zongo’s widow, Genevieve, instructed lawyers led by Sankara Benewende to make one last-ditch effort for redress and take her search for justice to the African Court. It was a courageous gamble. With the assistance of the African court, a multinational legal team was assembled with lawyers from Burkina Faso, Nigeria, Tanzania, and Senegal.

Burkina Faso first argued that the African Court, only fully established in 2005, could not hear a case about a killing that occurred in 1998. The court wisely threw out this objection, ruling that the failure to diligently look for and find the killers, if true, was a continuing one which had not yet ended.

In November 2013, nearly two years after the case was originally filed and amost 15 years after Norbert was killed, his family finally had the opportunity for the first time to put their appeal for justice before a court not controlled by the government of Burkina Faso.

In its judgment, the African Court decided that what Burkina Faso did was in effect a cover-up, which violated the African Charter on Human and Peoples’ Rights. It also found the government in violation of the Revised Treaty of the Economic Community of West African States (ECOWAS), which requires it not only to protect freedom of expression, but also the vocation of journalism.

Explaining the reasons for its decision, the court pointed out that the legal proceedings before the courts in Burkina Faso were unduly prolonged; that Burkina Faso didn’t diligently investigate the crimes; that the families of the victims had not been contacted over eight years after the beginning of the case they initiated; that no proper investigation was ever conducted into the case; and that the government showed no will to hold the killers to account. The court also held that the killing of a journalist was a method of intimidation that should not be allowed anywhere.

The decision of the African Court has far-reaching consequences for the protection of free expression. Journalists around the world face many hazards, including assassination on the job. In the last 10 years, according to UNESCO, “more than 600 journalists and media workers have been killed…. Attacks on media professionals are often perpetrated in non-conflict situations by organized crime groups, militia, security personnel, and even local police, making local journalists among the most vulnerable.” In nearly all these cases, no one gets punished for these killings.

The true inspiration in this prolonged struggle for justice has been Norbert Zongo’s widow, Genevieve. Mrs Zongo has single-mindedly kept alive the newspaper—l’Independant—in the course of whose work her husband was killed. She remains the leading independent editor and publisher in Burkina Faso. Mrs. Zongo personally attended the hearing in Arusha in November 2013 with human rights advocates fromMouvement Burkinabe des droits de l’homme et des peoples (MBDHP). Her quiet dignity, determination, and resilience inspired and touched everyone who participated in the proceedings. Although she never got to address the court—the court declined the application for her to do so—her presence at the hearing did make a huge difference. And at the end of the arguments in November 2013, she simply whispered, “At last!”

The authors acted as counsel for the widow and survivors of Norbert Zongo before the African Court on Human and Peoples’ Rights.