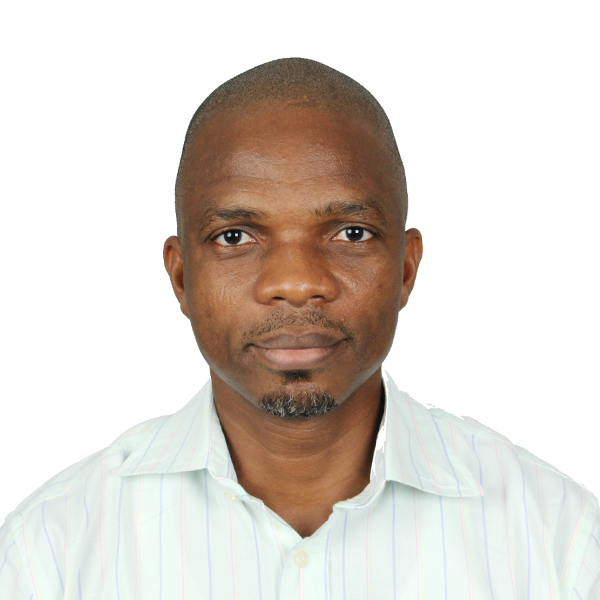 Prayer For Nigeria, By Amenaghawon Joseph

In Nigeria, we pride ourselves as being very religious and prayerful people. It is not uncommon for our places of worship to be packed full with Nigerians from all walks of life on the prayer days of the different religious faiths. It is not also uncommon for Nigerian families to start and end their day with prayers. It would seem that everything for us must be laid at the doorsteps of heavenly powers.

Our government officials toe this same line of religiosity. They also frequently speak about needing God’s intervention to deal with some of the pressing challenges of the country. As much as our faith in God shouldn’t be disparaged, it’s important to state that we must clearly define and differentiate our commitment to our different faiths and our responsibility to governance issues in the country. We seem to be the ones failing in our collective responsibility and obligation to fulfil our own “side of the bargain” of dealing with Nigeria’s challenges.

How do we explain the recent and monumental failure of the Nigerian Immigration Service (NIS) and the Ministry of Interior to effectively manage the organisation of a nationwide recruitment process? Rather the NIS and the Ministry superintended over  one which resulted in the tragic deaths of several applicants How do we also rationalise the recruitment process that was based on hapless unemployed youths having to pay a N1000 ($6.7USD) online registration fee?

Was it truly rational to imagine that – despite the logistics and capacity challenges endemic to our Ministries, Departments and Agencies – they could somehow successfully organise a highly attended recruitment event in a single day? The answers to these questions undoubtedly reveal that the recruitment planning process lacked the essential ingredients for dealing with the high number of applicants registered by the NIS.

And yet now, with the tragedy of this event having taken place, there are even more questions that arise: Will the catastrophe be rationalised by saying it “had to happen” or was “destined to happen”? A Minister of Aviation once claimed that an air crash was an act of God. Will we also “gloss” over this recent NIS event in a like-mannered way, once again leaving it at the steps of the heavenly powers to reveal exactly what happened? It’s always possible that we’ll soon start hearing some visionary prophet “retroactively” inform us that the disastrous incidence had been received in some heavenly-inspired trance. Will accountability be strongly demanded and ensured by the Presidency?

Will there be an immediate Presidential clamp down on the Minister of Interior and the Comptroller-General of NIS, as demanded by civil society groups? Will the identities of owners of the companies, to which the recruitment process was outsourced, be immediately made public? Will the country be thrown into yet another prolonged probe period?

The consistency with which gross acts of impunity – by public, private and individual actors – has been recorded in the past few weeks leaves much to be desired. It casts much doubt on the ability and the capacity of Nigeria to curtail the seemingly unsolvable challenges it is confronted with – on all fronts. Are we bereft of competencies in the key sectors of our society or have we simply become too conceited by allowing mediocrity to reign, resulting in the needless loss of innocent lives? It seems evident that our resolve as a people to confront the manmade challenges we face every day has been diminished and weakened by our contentment and resignation to fate and destiny. This sensibility is further heightened by our constant resort to prayers.

The manifestations of impunity in our country are orchestrated by humans just like us. People who have long determined that they would not be subdued by existing rule of law and due processes. People who have formed themselves into powerfully corrupt influential groups and, sometimes, “thieving companies” whose agenda is heavily tilted to keep many Nigerians in poverty and under their “iron-grip rule”.

People who also play the “religious and godly” cards in their public conversations and engagements, but are indeed so far away from the teachings of their much acclaimed religious faiths. They pray a different prayer that all things will remain the same and that opportunities for amassing illegal wealth at the expense of ordinary Nigerians never ceases. They live in complete oblivion of the poverty situation of other Nigerians. Many NIS applicants would have been driven by their poverty situation and desire for better life and for better jobs in their pursuit of getting the limited job spaces at NIS. Many, including some of the now deceased, would also have committed the process to the “hands of God” and would have had visions of securing the jobs. Little did they know that the Ministry of Interior, as it turned out, was ill-prepared to successfully manage the recruitment process?

Now the prayer for Nigeria and Nigerians will continue. But the radical approach that many prayer-loving Nigerians could take would be to “call a spade a spade”. Some things will not be solved by prayers alone. We need to act and follow-up with the implementation and enforcement of the rule of law and due processes we have agreed to live by as a people and a nation.

We are tired of the incessant impunity in our land. We are tired of being treated as non-humans in our country. We are tired of consistent government accountability failures. We demand a stop to the brazenness with which public, private and individual actors trample upon the rights of fellow Nigerians. We demand that government live up to its responsibilities. We ask government to truly prioritise the protection of lives and property of Nigerians. Nigerians need not remain victims of acts of impunity. Our prayer is that all indicted in all cases of impunity should be made to face the full weight of the law. This is a “by fire” and by force” and answerable prayer.

Mr. Amenaghawon Joseph, a development expert, and program staff of the Open Society Initiative for West Africa, OSIWA, sent in this piece from Abuja.