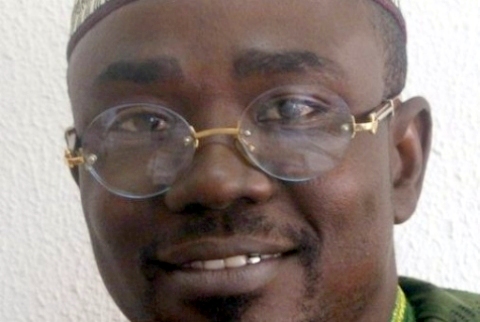 “The National Security Adviser to President Goodluck Jonathan, retired Col. Sambo Dasuki, is a prince of the Sokoto Caliphate… you hardly hear him or see him throw his weight around…”
-Ochereome Nnanna, Vanguard Columnist.

Within a week, last week to be precise (March1-7, 2014), the name of the National Security Adviser to President Jonathan suddenly became an item in opinions and features. Most of them actually wanted him to be visible and outspoken on security operations, especially over the barbaric atrocities being committed in a section of the country.

Some respected columnists also questioned the silence of NSA over recent security challenges. Writing under his weekly column in Thisday, Olusegun Adeniyi asked if Sambo Dasuki has a phone number of any editor in Nigeria, while Steve Osuji in his column in the Nation simply asks: “Boko Haram: Where on earth is the NSA?”

Since they are not faceless writers, their articles were well-intentioned and wakeup calls on security situation in the country though some of the assumptions on the person of the NSA were on wrong premises.

This writer has a memorable encounter with Sambo Dasuki by virtue of being a syndicate writer. Sometimes last year I honoured an invitation to speak at a media seminar organised by Netherlands Embassy for top security spokespersons, media practitioners and right activists. In attendance were Gen. Chris Olukolade of Defence Headquarters, Frank Mba of the Nigeria Police, Dapo Olorunyomi of Premium Times, Manir Dan Ali of Trust, online bloggers including Tolu Ogunlesi and Japheth Omojuwa among many others. Immediately after, I penned my experience in an article on Debating Government Media Relations which was widely published.

Surprisingly, a week later, I received an invitation from a top security officer to meet the NSA. Having been careful of avoiding any ‘Wahala’, I am conscious of my writings on security. While I asked for the prayers of my family for safety, I did an online search on Sambo Dasuki.

What I found out were revealing: The American trained security strategist, Dasuki was Aide-de-camp (ADC) to Military President Ibrahim Babangida. Former Military Governor of Kaduna, Col. Abubakar Dangiwa Umar in an interview with the Punch last year narrated how some forces aborted his attempt with Dasuki to install Chief MKO Abiola, the winner of June 12 election. He also disclosed how they jointly confronted General Sani Abacha from playing hanky-panky with Nigeria’s destiny.

Along the line, Dasuki escaped from Nigeria and lived in exile when he was hunted for his audacity and refusal to take an offer in the administration of General Sani Abacha. His millionaire father, Ibrahim Dasuki who was the Sultan of Sokoto and the most powerful traditional ruler in Northern Nigeria, was deposed by Abacha and banished to Kaduna for the ‘sin’ of his forthright son. The father, who clocked 90 year last year, is still alive.

All his life, as a royal prince, Dasuki has never been ambitious and would rather take a bow than playing dirty. He voluntarily resigned his appointment as Managing Director of Nigeria Security, Printing and Minting Company (NSPMC) when he was not comfortable with President Olusegun Obasanjo’s attempt to privatise the firm against security implications.

At the time of his appointment in June 2012 by President Goodluck Jonathan, the Boko Haram insurgency was very active in Abuja, Kano, Kaduna, Niger, Plateau, Kogi and most states in the North-East with attempted incursion towards Southern parts of the country. With emergence of Dasuki, the activities of the insurgents have been restricted to a few states in the North-East. An active advocate of constructive dialogue and engagement with different groups towards peaceful resolution of crises, Dasuki nevertheless believes decisive and aggressive confrontations are inevitable against rampaging and brutal undesirable elements.

After the online search, I sought the advice of members of Media and Information Committee on Emergency Management (MICEM) where I was once the Secretary. The verdict was similar: Sambo Dasuki doesn’t believe in cheap publicity; he will rather expand resources in facilitating positive public perception on other security arms who are expected to be active and visible on the field. He hosts occasional interactions with critical stakeholders including civil societies, media and politicians for better understanding on security issues. In such encounters, he sincerely expresses his positions on realities on the ground, while charging his audience to be responsible and responsive in their information against undermining national security and national interest. A stickler to time, he can never be late to any assignment. In fact most time, I learnt, he arrived long before the commencement of events.

With those information, I had the courage to honour the invitation. To my comfort I wasn’t the only person invited to the meeting. There were some activists and members of NGOs too. When he looked at me, he asked: “Why are you very critical in your write-ups?”

I responded that writing is my hobby and PR is my profession. I am therefore conscious of whatever I write. At the end, he appealed to us to be fair and kind in our comments and writings and that we should always consider the nation first. He urged us to always channel our grievances and recommendations on national issues to appropriate authorities including his office whenever necessary.

Dasuki is polished and eloquent as he talks passionately about the Office of the President which he believes “deserves the respect of every Nigerian as the symbol of our nation and integrity.” He holds the view that there is nothing wrong with opposition politics if it is geared towards the sustenance of democracy and devoid of destructive antics that may create confusion and security breaches in the land.

Since then I have interfaced with some of the NGOs and the media towards a better understanding of security operations in the country. The recent inauguration of Forum of Spokespersons in Security and Response Agencies (FOSSRA) under his office has so far reduced to the barest minimum the inter-agency rivalry in information management and encouraged designated security spokespersons to be proactive and timely in providing updates on security situations.

Professional security strategists do not need to be garrulous to prove that they are working but must work behind the scene to facilitate accomplishment of tasks. In fact respected Intelligence chiefs all over the world do not make much noise in the public because of the sensitive nature of their assignments. Even in this country, only a few Nigerians know the intelligent Director General of the Department of State Security (DSS/SSS), Ekpenyong Ita who delegates a professional Public Relations expert, Marilyn Ogar to do the necessary talking with timely updates.

In this challenging period of our life, we should encourage our security officers to do their job maturely and professionally while the designated spokespersons and political office holders do the talking.

Secure Schools, Don’t Close them Down, By Garba Shehu