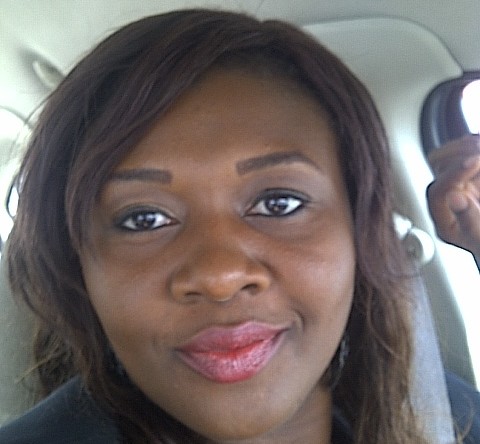 BOKO HARAM: What Options for the Military? By Victoria Ibezim-Ohaeri

What began as sectarian crises in the north eastern part of the country has gradually mutated into full-blown terrorist activities. No day passes without news of shootings, bomb blasts, gun battles between Nigeria’s security forces and members of the dreaded Islamist insurgency group, popularly known as Boko Haram, resulting in enormous loss of lives and properties, internal displacements and massive human rights violations.

The security situation in the north-east is one that defies every logical explanation. It is one that cannot compellingly be pinned down to religious extremism, social inequality, regime change, return-power-to-the-north et al innuendos that have been foisted on it. Boko Haram’s rampaging attacks of terror reverberate across the northern region and beyond, with casualties soaring above 3000 over the last four and half years the insurgency began.

I led a team of researchers to a fact-finding mission in Maiduguri in 2011 and afterwards, in order to conduct an assessment of the human rights situation in conflict-affected communities in northern Nigeria. My findings forced me to become one of the fiercest critics of the Joint task Force (JTF), especially after visiting the homes of casualties, morgues and participating in the burial ceremonies of some victims of the crisis. But lately, the exacerbating scale and intensity of the insurgency forced me to introspectively reconsider my understanding and appreciation of counter-insurgency operations in north east Nigeria. As a result, my perception of the role played by the JTF in particular, in surmounting the Boko Haram security challenge has changed quite a bit.

Disbanding the JTF is apparently one of the worst things that ever happened to the security crisis in the north east. Ever since a military division was established to take over from JTF, the security infrastructure over there appears to be on the verge of total collapse, while most of the skilled military personnel may have been transferred out of the region. Comparatively speaking, the JTF did well! Under JTF, it could not have been possible for gun men to operate for hours without intense combat by our security forces. It was extremely difficult for anyone to move beyond 100m-200m radius without being subjected to vigorous body and car searches, let alone move in convoy of 5 cars and above. Dedicated soldiers men were stationed at their posts 24/7! Perhaps, they could have been encouraged and motivated to stay on.

The JTF comprised an array of security formations in the country – the Nigerian Army, the Nigerian Police Force, the State Security Service, the Air Force and a host of security intelligence units, working together to contain the crisis and achieve minimal security lapses. Although the security agencies that formed the JFT hold different mandates and work in specialized remits, they managed to synergize and harmonize their operations, thereby reducing inter service rivalry.

Despite its very poor human rights record, one of JTF’s high points was its struggle to win local support for military operations through strategic collaboration with the civilian-JTF, a group of local youth trained to initiate and undertake community self-help surveillance initiatives. The civilian JTF assisted law enforcement agencies to provide security to the troubled locations, and sometimes joined the military at the check points. This strategic collaboration helped the JTF to significantly overturn the deep-seated mistrust, suspicion, and fearing characterizing the relationship between the security operatives and the civilian populations. The result of that was somewhat improved intelligence gathering, leading to the effective identification and extirpation of the sect’s members and violent activities.

Lately, reports of frequent altercations between the civilian-JTF and the security forces are rife. This suggests that the JTF-C.JTF alliance was not sustained after JTF was disbanded. This has also undermined effective policing of communities, breaking down rapid response mechanisms which the JTF had put in place. Since this relationship collapsed, Nigerian has witnessed never-seen-before levels of bloody insurgency operations that lasted for several hours without any form of military restraint. Large numbers of people – especially school children have been killed and young girls abducted – while villages and homes have been razed. Military forces have been reported to visit troubled spots hours after the insurgents have left, only to come and count dead bodies and deposit them in the nearest morgues. This is quite sad.

The JTF is an adhoc military operation that is established to carry out short-term military operations, to restore order and peace within a particular distraught locality. But it must be remembered that JTF has been operating in the Niger Delta for more than a decade without being disbanded. It would seem that the Nigerian Government’s decision to disband the JTF operating in the north east stemmed from the growing pressure from national and international watchdog groups that documented tons of human rights atrocities by Nigerian security forces, including soaring local agitations for the withdrawal of military troops. Yielding to that pressure seems to be counter-productive after all.

As the security crisis in the north east worsens, and schools forcefully closed to protect the children from continued butchering, Governor Shettima’s recent outcry quickly comes to mind. There is no doubt that the governor’s claims of low motivation and under-equipment of security forces is not too far away from the truth. To many citizens that are confusedly questioning – on offline and online spaces – why terrorists attacks have continued to escalate with impunity, at a time the Federal Government has budgeted Trillions of Naira for security and declared a state of emergency in Yobe and other states in North East Nigeria, Governor Shettima’s statements certainly helps to fill the blank spaces.

Nigerians have seen you-tube videos of security operatives detonating improvised explosive devises (IEDs) with bare hands. There have been reports alleging that military forces flee when insurgents with more advanced armory unleash their onslaught on poor unprotected communities. Substantiated media reports of “low morale occasioned by lack of motivation and poor welfare package” abound. From the look of things, it is doubtful that the trillion Naira security budget is trickling down to the boys on the field. Motivation of security personnel is KEY to winning this insurgency war threatening the peace and stability of the country.

And finally, the poverty dimension of the security crisis in the north needs to be taken very seriously. Last week, SSS paraded seven men allegedly involved in the assassination of the late Islamic cleric, Sheik Auwal Adam Albani killed together with his wife and son. The sunken eyes and bony faces of the paraded young men reeked of hunger and prolonged deprivation. While poverty is NOT a valid explanation for the growing insurgency, (after all, poor people are everywhere across the country) it sure does provide the fuel that eases the recruitment, indoctrination and mobilization of young people into violent crimes, including terrorist activities. The decision of the Northern States Governors’ Forum (NSGF) to abolish schools fees in the northern region is a solid starting point to get youth engaged, and ensure that the seeds of historical inequality and endemic poverty do not take germinate any further.
One thing is clear, the people of north-east Nigeria sure needs help and adequate protection! Urgently too!

Victoria Ibezim-Ohaeri is the executive director of Spaces for Change, a youth development and advocacy group working to deepen youth and citizen engagement in public policy development. She can be reached on Spacesforchange.s4c@gmail.com