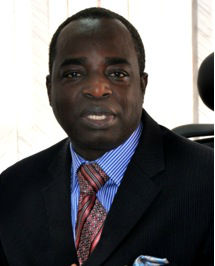 The Collective Challenge on the Anti-Graft War, By kayode Oladele

Fighting corruption without the involvement of the people and the civil society organizations is like trying to control flood and erosion with palm tree fences. The corrupt people do not live in another planet; they do not have different physiologies and other physical characteristics that differentiate them from the rest of the society- they are simply part of the society and in many instances, they are more clever than the rest of the society.

Corruption is a formidable enemy of progress and  in reality, it can be said to have much of its roots in the society because virtually nothing moves in our society without one form of corruption or the other, ranging from petty to grand corruption -looting of natural resources like petroleum products, bunkering, etc; judicial corruption; human rights violations; all types of anti-people and retrogressive policies, destruction and looting of public assets and systems such as health, education, and others. Because of corruption, people are compelled to pay for services that should be free.

Corruption hurts economies, people, and governments; hence, there is the need to involve everybody in the fight against all forms of corruption in our society.  Incidentally, there cannot be a better time to join in the fight against corruption than now when the political economy continues to produce overnight billionaires and reactionary leaders by the day.

The continuing decay in the social services and the loss of value system in the entire society are also indicative of how problems caused by corruption can mushroom in the dark when public scrutiny and collective fight against corruption decline. To this effect, no matter how strong the government’s commitment to the fight against corruption is and regardless of any government’s transparency, the participation of the people and civil society organizations in the realization of a corrupt-free society is very crucial. Just as the Transparency International has put it very succinctly, the people and the civil society organizations “need a place at the table”.

The people and the CSOs have to engage the government on the implementation of budgets, public procurement and the functioning of all anti-corruption laws and conventions while  our leaders on the other hand, must also allow the people to see the government at work and engage the people in dialogue aimed at promoting government implementation of anti-corruption laws including the  Economic and Financial Crimes Commission  Act  and the United Nations Convention against Corruption, which is the milestone international agreement that establishes a legal framework for governments worldwide, to introduce and implement  regulations to combat corruption in all its ramifications.

In particular, the requirement for people and the  civil society participation in anti-corruption efforts is supported by the UNCAC’s Article 13, which specifically states that “each State Party shall take appropriate measures, within its means and in accordance with fundamental principles of its domestic law, to promote the active participation of individuals and groups outside the public sector, such as civil society, non-governmental organizations and community-based organizations, in the prevention of and the fight against corruption and to raise public awareness regarding the existence, causes and gravity of and the threat posed by corruption.

The EFCC Act in Section 6 (p) and (q) (functions of the Commission) also empowers the commission to carry out and sustain rigorous public and enlightenment campaign against economic and financial crimes within and outside Nigeria and carry out such other activities as are necessary or expedient for the full discharge of all or any of the functions conferred on it under the Act while Section 12 gives the EFCC  power to set up any committee as may be necessary to assist the commission in the performance of its duties an functions under the Act.

In addition, the National Strategy to Combat Corruption (2011-2020) also promotes a three-phased approach with an initial focus on (1) strengthening the capacities of the dedicated anti-corruption and public accountability bodies, followed by (2) mainstreaming of anti-corruption and governance principles into the work of the MDAs and finally by (3) strengthening accountability, integrity and transparency at the State and local government levels, the private sector and the society at large.

These provisions become necessary in view of the fact that awareness on the part of the public is important for the work of the EFCC and the successful implementation of the EFCC Act. It is also aimed at building public support for anti-corruption war and to ensure that apart from punishing corruption, efforts should be made by the EFCC to prevent corruption, to educate the civil society on how to resist corruption and manage the risk. People expect their leaders to carry out their duties with a high degree of honesty and accountability.

Corruption involves breaching that trust; hence, the EFCC Act and the National Strategy to Combat Corruption both indentify the fact that anti-graft campaign must be taken to the grass-roots and encourage the civil society to buy in as the commission  alone cannot fight and win the war against corruption in Nigeria.

The direct message from these facts is that the civil society has important contributions to make to the anti-corruption efforts and also have civic responsibility to hold governments accountable for the implementation of the United Nations Convention against Corruption. To this effect and in order to make this more successful, the civil society instead of only being instinctive in its response against specific issues, should form standing associations for concerted efforts against all forms of corruption and endemic issues that inhibit transparency and accountability including the right to obtain information on all unclassified public records.

It is important to note that many people do not report corruption out of fear of what will happen to them, but as pointed out earlier, because corruption affects us all, everybody has a duty to report it whenever we come across it. In order to ensure confidentiality and protection of informants and whistleblowers, the EFCC Act in Section 39 provides that officers of the Commission cannot be compelled to disclose the source of information or identity of their informants.  Therefore, any member of the public employed in either the public or the private sector or any person in a position of authority owes it a duty to report any incidence of corruption. And because their identity is protected, people should be free to report corruption without fear of what might happen to them as a result.

In the words of a former President of the US, Thomas Jefferson, “unless the mass retains sufficient control over those entrusted with the powers of their government, these will be perverted to their own oppression, and to the perpetuation of wealth and power in the individuals and their families selected for the trust…..Whenever the people are well-informed, they can be trusted with their own government. Whenever things get so far wrong as to attract their notice, they may be relied on to set them to rights”.

These statements are as true for the enthronement of democracy and liberty as in the fight against corruption. We need a well-informed civil society to join in the fight against corruption and people should regard it a civic responsibility to report all such instances to the EFCC so that something can be done about them. The civil society must not let down its guard.

The only caveat is that anyone making a report must have reasonable grounds to believe it to be true and must not give false information or do so for personal gains. Otherwise, there are consequences for giving false information.

The EFCC Act stipulates in Section 39 (2)(a) and (b) that any person who makes or causes any other person to make to an officer of the commission or to any other public officer, in the course of the exercise by such a public officer of the duties of his office, any statement which to the knowledge of the person making the statement, or causing the statement to be made is false, or intended to mislead or is untrue in any material particular; or is not consistent with any other statement previously made by such person to any other person having authority or power under any law to receive, or require to be made such other statement notwithstanding that the person making the statement is not under any legal or other obligation to tell the truth, shall be guilty of an offence and shall on conviction be liable to a fine not exceeding one hundred thousand naira or to imprisonment for a term not exceeding two (2) years or to both such fine and imprisonment.

This provision is not meant to intimidate people from reporting corruption; rather  the intention of the legislation is to ensure that the reputation of good people are protected and that the  EFCC is not used to further political or personal vendetta. It is all about protecting the integrity of the Commission and being fair to all.

Mr. Oladele, an attorney, and public commentator, is the Chief of Staff at the executive office of Nigeria’s Economic and Financial Crimes Commission, EFCC.

Reflections on the GLO-CAF Awards, By James Atinga