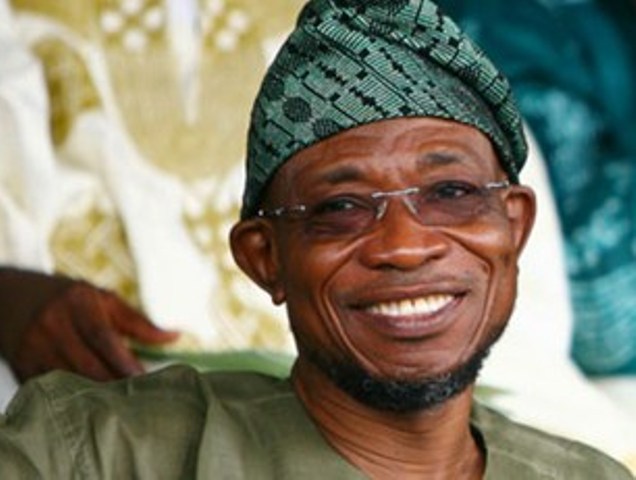 The “hijab war” started before Aregbesola

May I start by saying that many articles have been written on Osun under Rauf Aregbesola more than any government in the land either negative or positive. But the only controversial policy that will not go in a hurry is the school reclassification policy, even with many perceived solutions proffered by critics and friends alike, I think majority argued and offered solutions based on their vantage parochial position.

May I also inform the reader of this article that, there is a clear distinction between the school reclassification and hijab crisis. The latter dated back to the Olagunsoye Oyinlola-led government and the former a broader effort to reposition education in the state. Osun people accepted the obvious reality of a near collapsed education sector before Mr. Aregbesola.

At the height of the media propaganda of looming war in Osun in October, 2013, the Civil Society Good Governance Monitoring team decided to visit the state on a fact finding mission. I must sincerely thank Lanre Suraj, who insisted I must be part of the team. It was an experience I will cherish forever.

The report can be googled as Report of the Civil Society Organisation’s Good Governance Monitoring Team; it is also on Sahara Reporters and Elombah.com. Since that historic visit a lot has happened in that state; from students beating a teacher to the latest – students wearing choir robes to school in defiance of government policy.

Social media was awash with so many lies and imagination from people who have never lived in, visited or understood what the crisis in Osun is all about. I therefore consider it a disservice to my conscience and my activism to keep silent in the face of misinformation. I sympathised with those who are threatened by the new reclassification of school, religiously, economically and sentimentally, but the question is not about who is right or wrong, it is about what is right for the greater good of our people.

I was born to a Muslim parent, which I have no power over, I could as well have been born by Yemi Elebuibon or even Enoch Adeboye, the General Overseer of the Redeemed Christian Church of God, RCCG, same as every other school child; none must be denied education based on their parents faith.

Education should be seen beyond the 19th century dominance of missionaries. One of my respected bosses even suggested that Mr. Aregbesola should return schools back to missionaries to settle the current crisis, to serve who? The same people that have courage to turn students back because of their faith in a government owned schools? If the schools are returned to them, the crisis would be better imagined.

Somebody raised the morality behind wearing hijab by Muslim students; my position is that wearing hijab is never a moral issue, it is a constitutional and a personal decision, and the decision of the Muslim community to seek the interpretation of Section 38 subsection 1,2,3,4 will further safeguard what may initially perceived as another Muslim jihad.

Morality and fanaticism are subjective. It is morality for Christian students to wear beret but it is fanaticism for Muslims to wear hijab. It is a morality for Christians and Muslim to sing praise and worship from Monday to Thursday, but fanaticism to recite Asalatu on Friday. It was morality when my father was denied education because he refused to change his “Saka” to “Zacheous,” but it is fanaticism for me to allow my little daughter to be educated without losing her Islamic identity. It is morality when a Christian says he is a Christian fundamentalist but my activism-inspired beard is considered fanaticism. What a double standard.

One of my comrades even asked me what if Mr. Aregbesola stopped the school merger? The answer is it may be a temporary relief; it will never stop the agitation of Muslims to practice their religion within the confines of the law.

To even equate the hijab issue as Mr. Aregbesola’s creation is the biggest disservice to the governor. It is a fact that government has taken over public schools for more than three decades, and it is a fact that hijab controversy dated back to Mr. Oyinlola’s administration. Muslims got a temporary relief of wearing hijab in Islamic named schools, and when Mr. Aregesola came, the Muslim’s agitation continued while the Christians became more vociferous, more belligerent and warlike in their resolve to stop hijab. Mr. Aregbesola became a game for both parties. When Mr. Aregbesola was unyielding to Muslim hijab legalisation, Muslims took him to court and the Christians approached the court to be joined in the suit. The court obliged, and the case is pending.

What struck me during our visit was not actual fear factor of impending war, but the drumming of impending war by some belligerent youths who insisted they would defend their faith with their life!

Peace can only reign in a society that make justice and fairness their creed. It is not only in Osun that the issue of hijab is a struggle dear to the Muslim, it is a case in Lagos, Ogun, Ekiti and all over the country. Hijab is not just a regalia, it is the pride of Muslim women. May peace reign supreme in my state of birth; above all may justice and fairness transcend religious sentiment.

Saka Waheed Adekunle is the Ag. National Coordinator, Committee for Democracy and Rights of the People(CDRP). Follow him @AdekunleMao on Twitter

A love letter to my sweet Valentine, By Victor Ehikhamenor