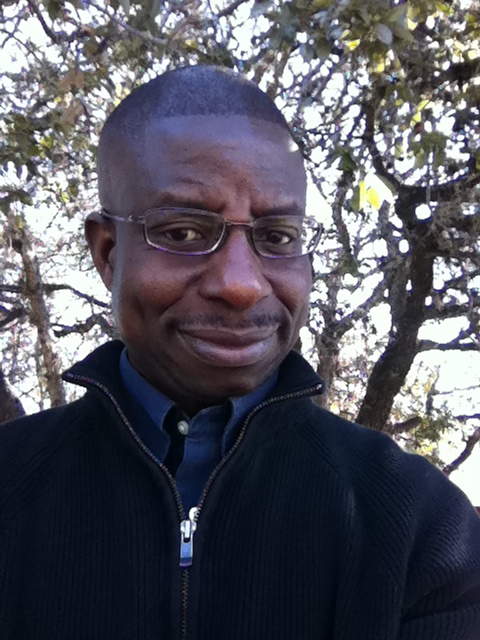 The theme of the 1993 United Nations world conference on human rights in Vienna was Women’s Rights Are Human Rights. I was with the Civil Liberties Organisation then and attended the conference. Why was it necessary, you might ask, to state that incontestable fact 45 years after the Universal Declaration of Human Rights, the very first article of which asserts unequivocally that “All human beings are born free and equal in dignity and rights?” Aren’t women human beings?

Funny as it may sound, the status of woman as human wasn’t always “settled.” Indeed, a much earlier conference is believed to have been convened in France, circa 586 A.D., to resolve the question whether or not women were human!  It was my former colleague at the CLO, Chidi Anselm Odnkalu, now chairman of the National Human Rights Commission, who first mentioned this outrageous outcome of prejudice born of the fear of difference—whether it be racial, gender, religious, sexual, or even plainly ideological.

In having her humanity doubted, woman, the primal Other of history, the first to embody difference (ab-normal-ity, deviance from the perceived norm), shared a common fate with Africans, other so-called persons of colour, and many oppressed groups. Thus, as the great white men behind the American Declaration of Independence proclaimed the fact that “all men are born equal” to be a “self-evident” truth, their diction betrayed the exclusion of women from equal humanity. And it was not until 1920 that the 19th Amendment ensured political equality for American women by making them voting citizens in the self-vaunted land of freedom.

One of the disingenuous yet appealing justifications for the frightful antipathy to gays and lesbians in Nigeria is that same sex relations are foreign to African culture. Those who bay for the blood of homosexuals, who would have them jailed for 14 years even when billion-dollar thieves in government and business are awarded national honours—not to mention election riggers, wife beaters, child deserters and abusers, rapists, paedophiles, Daddy Overseers who fleece their flock and sleep with their female congregants (married and unmarried), etc.—justify their lack of Christian love, charity, or plain fellow feeling by resort to a cheap and convenient cultural nationalism. Respect for the equal humanity of gay persons, they say, is a foreign concept being imposed on us by the imperialistic West. And then without batting an eyelid, they quote from the Bible or the Koran—as if Christianity and Islam were African religions! But they fail to cite one African religious or cultural practice that punishes homosexuals with the force of law. Or an African jurisprudence that sanctions imprisonment as a form of penal justice.

In a series of essays published in December 2011 and January 2012 on the dangerous tide of homophobia in our land—see “Homosexuality and Nigeria’s Enochs and Josephs,” “Homosexuality, Biology and the Bible,” and “Sex and the Church’s Missionary Position” (The Guardian, 19 and 28 December 2011 and 9 and 10 January 2012), as well as “Ekwe and the Raging Army of God’s Protectors” (Vanguard, 23 January 2013); also available online, particularly at http://saharareporters.com/columnist/ogaga-ifowodo—I asked the venerable Rev. Jasper Akinola, the spiritual-cum-political leader of the anti-gay movement, why, if he was the über-cultural nationalist that he claims to be, he scorned the Church of Orunmila and chose to be a priest of the Church of England? An Anglican congregation, if he needs to be reminded, founded and headed by King Henry VIII in protest against the Roman Catholic Church’s refusal to indulge his appetite for adultery.

A church, moreover, that was the ideological bulwark in Britain’s imperialist mission of colonial conquest through the “wiping out of the tribal (read cultural) memory” of the natives (to adapt Major Pilkings’s apt rebuke, in Wole Soyinka’s Death and the King’s Horseman, of Joseph, his native houseboy who, converted yesterday, had become the next day an unwilling native informer on the “primitive,” unchristian, ways of his recently colonised Yoruba people). I am yet to receive an answer from the retired primate of King Henry’s Nigerian converts. We know, however, that the purported defence of African values (defined by whom?) is only a fig leaf to cover an onerous legacy of the Abrahamic faiths: making a sin of sexual desire, whether it be hetero- or homo-social in nature. Not even after marriage—a social undertaking not to be confused with the natural, hormone-driven, impulse of sexual orientation—was sanctioned as an inconvenient solution was the problem solved.

But in blaming the West for something that has been present in every human society and in the animal world as well from the origin of time, the self-righteous army of God forgets that the West persecuted homosexuals until quite recently. Now more catholic than the pope, they cannot bear to hear the same West that brought them the bible change its mind about any of its creeds and catechisms. “How dare you admit,” they shout, foaming at the mouth and wagging a finger at the Archbishop of Canterbury, “that gay people do not choose their sexuality any more than heterosexuals choose theirs, and then proceed to treat them as human beings equal to us virtuous heterosexuals? How dare you ordain a gay bishop in OUR church?” The zealotry of Nigeria’s army of the faithful fits perfectly the ungovernable fervour of the reformed sinner who, once converted, must prove him- or herself more devoted to the cross or crescent than his pastor or imam.

Thus, if Pope Francis, reminded of Christ’s admonition, “Judge not that ye may not be judged,” can say in response to the question of gay priests, “Who am I to judge?”, Nigeria and Africa’s religious leaders say, “We are the ones to judge and punish. God is too merciful and his judgement too long in coming.” This is the sort of holy frenzy that makes full-grown African men and women sing with all pious sincerity, “Wash me [Lord Jesus] and I shall be whiter than snow!”

But the question is inescapable: are homosexuals human beings? If the answer is yes, then they must be accorded their human rights and dignity. Sexual relations among consenting adults are no more harmful to society in same sex relations than in opposite sex relationships. If there be any harm, it is the mad rush in the name of a strange and false notion of African values and the dictates of foreign religious doctrines imposed by conquest, to erode the laws of privacy and civilised behaviour to criminalise what is at worst a sin, as if God cannot be trusted to punish that among other sins on judgement day.

Yet, by pandering to the prejudices of a majority closed to reason, that cannot be persuaded by logic—recall that it was the majority that freed Barabbas the murderer and crucified Jesus—or scientific evidence such as is changing the mind of the West that once thought homosexuality was a disease, the result of a psychiatric disorder, to authorise the draconian re-criminalisation of same-sex relations, President Jonathan may have unwittingly done the gay and lesbian community, all of rational humanity, a favour. For the law will not make homosexuals disappear from, or cease to be born in, Nigeria. After all, where do homosexuals come from, if not from heterosexual parents? Persecuting them will only make that barbaric stance solidify Nigeria’s reputation as a country quick to descend on the weak, poor and vulnerable while straining every muscle to protect and honour the rich and powerful.

Yet, it is invariably the case that whenever power has to resort to maximum force to have its way, it has lost the moral ground and is very close to defeat. And so to our brothers and sisters persecuted for being gay, I say take courage: the darkest hour of night is just before dawn.