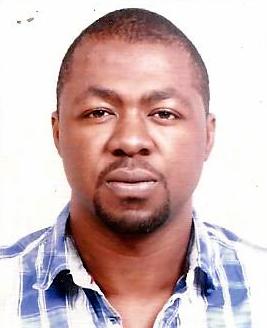 Obasanjo: Knowing when to write and how to read a letter, By Wole Ameyan

Obasanjo has his heart in the right place

Ex-president, Olusegun Obasanjo, sure knows how to have a laugh. When it comes to making bare faced innuendos, challenging people on issues he loathed to be challenged on in the past, he sure takes the cake. His beautiful tribute to Nelson Mandela the other day read like an ironic tale with oxymoronic twists. His take on Mandela’s forgiving spirit and how he decided to stay one term brought memories of his past indiscretions to the fore. But this may be a story for another day.

I am one of many Nigerians who were concerned when OBJ’s letter to President Goodluck Jonathan was brought to light some days ago. That letter must rank as the most direct and brazen ever written to a sitting president anywhere in Africa. It was frontal, it was straight and if this were a letter written to OBJ when he was president, it would have been considered and treated as provoking, confrontational and challenging. Indeed it was.

OBJ’s allegations of corruption in the country are not new so I will not be dwelling on that. Enough has been said and written on corruption in Nigeria that what surprises me is that people are still surprised or act surprised when this is mentioned. Now, corruption and its tendencies are a deeply important issue, one that I take seriously and which I feel is the single most important factor plaguing the country today. However, having gone through OBJ’s letter, there is not enough in it to persuade even the most gullible of readers that this was the main crux of the matter. Allegations of the training of snipers, while grave and alarming only reminds one of the same allegations made against former Ogun State Governor, Gbenga Daniel, while he was in office and still a pal of OB; these alongside Obasanjo’s broadside against Kashamu are mere appendages, an afterthought rather than main grouses. OBJ’s main grouse against president Goodluck Jonathan is based on the 2015 elections and rightly so.

I wrote an article in 2010, published in several dailies, titled Zoning and 2011: A Test for Patriots and Compatriots. In it, I warned of the grave consequences of discarding the zoning principle of the ruling party on the altar of convenience and expediency. I further warned that while zoning may seem retrogressive and backward, it was the only way to go if we were to sustain trust and eliminate suspicion among Nigerians on differing sides and on the grounds of morality and honour, credibility, integrity and egalitarianism.

When there is an agreement, whether gentlemanly or not, it should be obeyed to the letter except when those in agreement agree to annul same. My reasoning remains the same.

Agreements are sacrosanct, be it agreements between individuals, within political parties or between politicians and the electorate. It needs to be that simple. The only way of sustaining as one a multi-ethnic, multi-cultural and religious country as ours is to allow power rotate between or amongst the zones.

OBJ was one of the main champions of temporarily discarding the zoning agreement on the basis of convenience. His decision to support Jonathan went clearly against an agreement he had signed and which he always supported. That he is going back to that same agreement now points to multiple facts: he knows that it was a mistake to jettison the agreement in the first place; he wants to make amends; and he is in denial about his role in the current impasse.

I do not think that OBJ in writing this letter and making this argument was making it for primary political purposes. While there may be secondary political promptings, especially with his bizarre references to Buruji Kashamu, my take is that he has the nation’s interest at heart. Make no mistake about this: the country is in grave political danger and you do not write the nation’s number one citizen such an acerbic letter simply to gain personal political advantages; that in itself will be tantamount to playing poor and pedestrian politics, which is not worthy of one regarded by many as one of the craftiest politicians in the nation’s history. OBJ’s primary motive was to atone for mistakes of the past and in so doing preserve the unity of the country. The country’s existence can only be persevered when all regions feel able to trust and watch each other’s back, when various interest groups feel able to enter into agreements with assurances that such will be kept and made sacrosanct.

The lesson for all Nigerians is that we need to speak up even in the face of torment. We are today paying for mistakes of the past, mistakes made by men of brittle character, men with no principles or character, men of little minds who short-sightedly pillaged today for yesterday and tomorrow for today.

Truth is that most of us have only been passers-by in the affairs of our country. We need to begin to demand and ask. How is it that we have earned so much from resources across the country but still have no electricity? How is it that we don’t have water? How is it that a greater part of us live in abject poverty? How can elections be so brazenly rigged? How can government officials be so lax? How can they own so much? How has life become so cheap but food prices expensive? How can the courts give judgments so bizarre? How can government officials have so much? How come there are no good roads? How are we so powerless? How much has the country earned over the last decade? How have this been spent? Where is all the money? How did we become a country of bombs and indiscriminate killings?

In the end, a letter is what it is, a letter. The writer in putting words on paper situates his opinions and judgments not necessarily as they reflect through him but through the subject of his letter. A good reader must understand this. Obasanjo’s letter should be examined for its merits and intrinsic worth. The message therein should be digested as one being made by a concerned citizen who wants the best for the country. It should be seen as one written by the man who fought in the civil war, went to prison for confronting Sani Abacha when the latter had his paws on Nigeria’s throat; the OBJ who as Co-Chairman of the Commonwealth Eminent Persons Group on Southern Africa stood on the right side of history by fighting for the end of apartheid.

I will agree with many a Nigerian who might say that writing such a letter requires a very high moral octane for which the OBJ who ruled from 1999 to 2007 lacks. However, what matters as we struggle to navigate what might be a very tricky passage in our nation’s history are the core messages therein. Without any equivocation, it was a thought provoking letter with an honest core. We need to disregard the messenger, many of the peripheral messages therein and rather look at the hub of the message. Please, also do ignore the ‘the Ebora Owu has spoken’ nonsense by an ex-minister. What does that even mean?

Our President took all the Christmas toys and left us none, By Perry Brimah

Envision the Change You Seek, By Bola Ahmed Tinubu