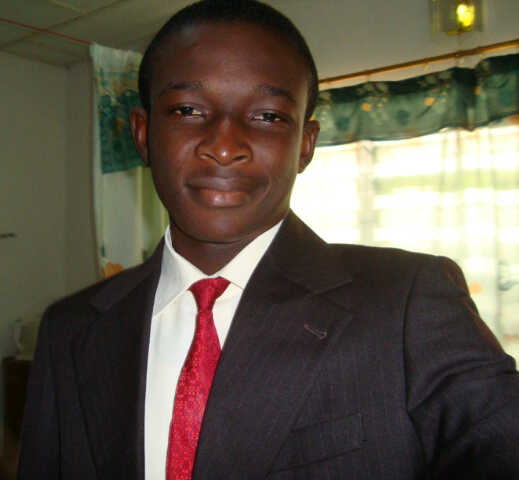 Unabated Lynching In Our Society, By Solanke Abimbola

Lynching or mobbing is a frequent activity in the Nigerian society. A lot of jobless people find it as a way to spend their “unlimited” time, doling out justice on behalf of the State. Nigeria records a lot of lynching activities, perhaps everyday, and it seems like the easiest way to serve justice – when it is hot and sizzling.

Nigerian society is meant to be a civilized one, where people are polite, obey law and order, and respect the rights of individuals in the society. We are fond of referring to ourselves as “a civilized set of people” and often boast of our “civilization”. However, we seem to swing swiftly between “civilization” and “uncivilization” when dastardly acts like lynching is carried out.

The most popular, but not the freshest, example that easily comes to mind is the Aluu killing of four (4) students in Port Harcourt on October 5, 2012. The four young lads were gruesomely murdered over an alleged theft of a laptop and a Blackberry phone.

Two weeks after the Aluu killings, a young lady accused of stealing a phone was shamefully assaulted in Lagos, as reported by “Jungle Justice Must Stop” – an action group. The mob descended on the lady, stripped her, and beat her to a pulp. Sadly, this happened amidst cheers and jeers from onlookers who were busy recording the detestable act. Stuffs like torchlight were forcefully inserted into her private part – all in the name of Justice.

In 2005, Abimbola Ogunsanya filmed the burning to death of a 12-year old boy in Lagos accused of kidnapping a baby by an angry mob. This was reported by Sahara Reporters.

Also on the 21st of July, 2013, a 25-year old undergraduate of Delta State University, Ifechukwude Nwainpor and his friend Kazeem were attacked and beaten to death because their faces were unfamiliar in the neigbourhood and convicted as intending armed robbers. This happened while Policemen were watching. The list is endless and all these can be viewed on Youtube. Viewers’ discretion is strongly advised.

Recently, a thief was caught close to my house and he was stripped and flogged just to grind out a confession; he was later taken to the police station. Back then at Obafemi Awolowo University, we had a tradition of dealing with suspected cultists and suspected/caught-in-the-act thieves: the Systematic Maximum Shi-Shi (SMS) and the Maximum Shi-Shi (MSS). These suspects/perpetuators are stripped, paraded round the hostels in the school and dealt with in the process. Afterwards, they would be handed over to the school security service.

Why is this so rampant in our civilized society? Most of the fault comes from the inadequacy of our security agencies and the judicial system. Truth is most of our policemen are not well trained, do not even know what the law says about different crimes. They arrest people unduly, abuse suspects/perpetrators by impinging on their fundamental rights – most people, even the police, do not know that suspects/perpetrators have rights. Also, due to lack of proper investigations, most of these cases are adjudged insubstantial due to lack of evidence. These perceived injustice and inefficiencies spur the people to take the law into their hands. On the other hand, the mob are not exonerated. In the eventual killing of a suspect/perpetrator, they all have committed murder and are also guilty of infringing of the rights of such – offences punishable under the law.

The right of an accused as stipulated in section 36 of the Constitution of the Federal Republic of Nigeria are Right to silence, Right to be presumed innocent until proved guilty, Right to an interpreter, Right to be informed properly of the nature and detail of the charge among others. Under the Nigerian criminal justice system, the constitutional right of an accused person is enshrined in Section 35 and 36 of the Constitution of the Federal Republic of Nigeria 1999. Such rights include the right to be informed promptly in the language that he understands the details and nature of the offence of the accused, the right to be given adequate time to prepare his defense, the right to defend himself in person or by legal practitioner of his own choice, the right to have an interpreter free of charge if he does not understand the language of the court, the right to have record of the proceeding kept and the right to have copies of this within seven days of the conclusion of the case, the right to remain silent during the trial, the right not to be tried and convicted twice for the same offence, the right to be presumed innocent until he is proved guilty  and the right not to be charged for an unwritten offence. All these rights aimed at ensuring that an accused person is not unjustly dealt with.

At this point, we tend to ask: what exactly should be done when a thief or rapist is caught? What should I do when I strongly suspect a fellow is a thief/terrorist/rapist? The civil thing to do when a criminal is apprehended, guilty or not of the said crime, is to hand over such to the police. Anything devoid of that is a criminal act in itself. Also, the police should buckle up, update their knowledge on how to tackle crime, build trust with the people, and obey laws while trying to protect law and order.

When I see a mob, I do not see humans, I see animals. What is the crime of these people that they should be lynched/humiliated without trial? No matter what crime they might have committed, the mob is the chief criminal for killing these suspects/perpetrators and denying them justice, and for eroding the rule of law. All law breakers must accept the legal consequences of their actions.

Finally, knowledge they say is power. We should not be a part of a lynch mob, neither should we encourage one. We should speak against any form of lynching or inform the police of the situation. It is the duty of the police to lawfully arrest (without infringing on their fundamental rights) all those that partook of any mob action. Do not stand by or walk away. We need to speak up and do the right thing

Mr. Abimbola can be reached via bimbosolanke@yahoo.com