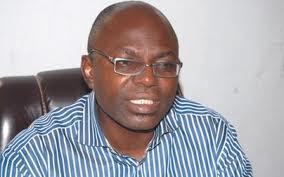 The Way Forward for Anambra Inconclusive Election, By Bamidele Aturu

It is not surprising that the elections in Anambra State has now been officially declared as inconclusive; what is truly bemusing is that anyone who has been following political events in the country can be surprised at the turn of things. The handwritings have been right there on the wall.

Elections, as far as members of the ruling class, who imagine that they have a Divine right to govern our people, are concerned are war. And for them in war there are no rules of decency. Any method is fair; any weapon is usable. The disaster that the gubernatorial election in Anambra turned out to be offers another opportunity to examine the fundamental structural defects in the polity.

Without doubt, the Election Management Body, INEC cannot be exculpated from the unbelievable incompetence and naivety of its leadership and the gross corruption among the ranks of its staff across the country, perhaps with very few exceptions. But then which of our institution has not been wracked down by corruption?

It is simply irresponsible to expect that an institution saddled with organizing elections to put in power fellows or felons who would control billions of Naira in a country where roguery is the order of the day and in which security votes are not audited would not itself be corrupted. Such myopic thinking is one of the reasons we are in the sorry pass or bind that we find ourselves.

Obviously, one nonsense leads to another. Corruption is the mother of infrastructural decay. It always beats one’s imagination that people who are at the helms of affairs in other sectors in this country and who fail woefully in discharging their own responsibilities can single out an institution such as INEC for carping. Of course, INEC deserves all the criticisms it is getting and more.

A country that generates more darkness than light in spite of the rapacious parceling of PHCN among cronies of the connected; a country whose roads are not okadarable not to talk of motor-able expects polling materials to be supplied promptly at the polling stations; a country whose irresponsible leaders can still open their mouths to argue that they should be left alone in the name of fraudulent ‘fiscal federalism’ to pay their workers miserable wages expect nothing but loyalty from ad hoc or even regular staff of the Commission; a country without any social protection for its workers complains that RECs can be compromised. It all just doesn’t add up.

Without fixing our roads, dealing with energy deficits and fighting corruption there can never be any credible election in this country, even if it is organized in one local government. We can cite examples of State Independent Electoral Commissions that have bungled even smaller elections than the recent fiasco in Anambra. Our problems are structural and can only be structurally addressed. The partisan jabs at INEC, though well deserved, are not going to take us anywhere. This is where the people matter.

The time has come to call attention to the fact that most of the mainstream political parties are not interested in democracy but in narrow and selfish interests, among which is to position themselves to milk the resources of the country. It is a turn by turn philosophy, assuming the culprits are capable of philosophizing.

INEC has admitted that the election in Anambra was inconclusive. Given the huge disenfranchisement of voters in that election, the proper thing to do is to cancel the whole election. Ordinarily, no self-respecting fellow should want to be declared as the winner of that exercise, as there was indeed no election so-properly called. And this is not a matter of strict legalism. Even some legal authorities recognize that what took place in Anambra recently should be dust-binned. In the words of Lord Stephenson, ‘an election which is conducted in violation of the principles of an election by ballot is no real election and should be declared void’.

Of course, all the politicians crying foul are doing so now simply because they are at the receiving end. Even in their parties they rig primary elections or impose funny characters on the parties. So when we call for the cancellation of the result of the exercise that took place in Anambra, it is not because we think that they are any different or that they would not have perpetrated worse rigging if they had their way. One is just appalled at their incorrigibility, without any exception. That incorrigibility can only end when the people rise up to end it. Something tells me it is going to be sooner than later.