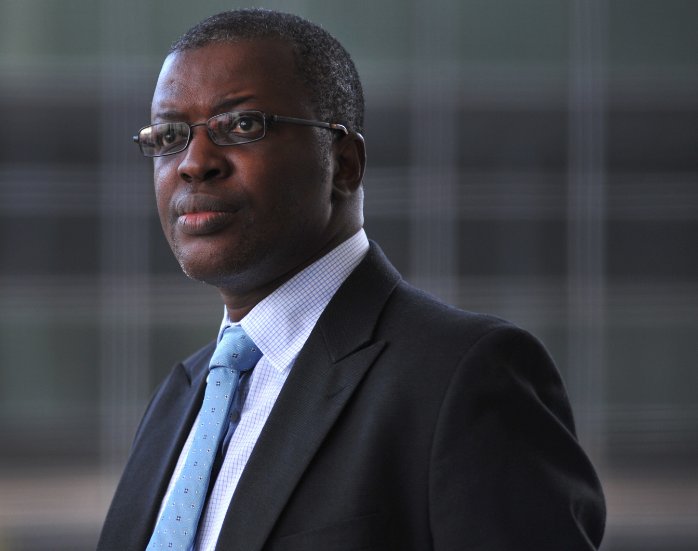 Lampedusa: A graveyard of dreams, By Abdul Tejan-Cole

It has happened yet again. A fishing boat carrying an estimated 500 migrants mainly from Somalia and Eritrea sank off the coast of Lampedusa, Italy. So far, Italian divers have recovered 232 bodies. The death toll is estimated at between 250-350. Only 155 have so far been rescued. The cause of the sinking of the 20-metre (65ft) trawler is unclear.

The popular explanation is that the engine failed or was deliberately turned off and as a result the migrants set up a flame as a sign of distress. The flame got out of control. They panicked and ran to one side of the boat and as result the boat capsized. Many passengers who could not swim were thrown into the Mediterranean Sea. The others were trapped in the boat’s hull and could not escape.

In honour of the victims, Italy declared a day of mourning, held a minute’s silence in schools across the country, promised them a state funeral and posthumously gave the dead migrants Italian citizenship.

Although Italian officials pretended to be shocked, this disaster was not the first. It has happened off the Mediterranean coast on umpteenth occasions before as thousands of migrants and refugees attempt to enter the European Union. In March 2009, 200 people drowned after their boat sank in high seas off the Sicilian coast due to bad weather. In June 2011, 270 perished after their overcrowded boat carrying over 800 people encountered bad weather en route from Libya to Lampedusa.

The plight of the thousands of migrants who have safely made it to Europe is barely better. They usually end up in degrading conditions languishing in detention camps treated worse than criminals and with little respect for their fundamental human rights.

There are multiple reasons for this tragedy and since it occurred all sides have been busy pointing fingers at each other. Not without good reason, the European Union has come in for significant criticism.

Almost all legal means for refugees and migrants to get to Europe have been blocked. Although asylum is a human right enshrined in the United Nations Universal Declaration, the legal channels open to asylum seekers to reach a safe country of refuge are increasingly non-existent. For many getting a visa to visit to any EU country is a prolonged, painful, pricey and almost impossible process let alone seeking to claim asylum or migrate.

When all the legal means are closed, desperate migrants are left with Hobson’s choice – embark on an illegal and most perilous journey in jarringly jammed packed dinghies in some of the world’s deadliest stretches of water.

In response to what the former Italian Prime Minister Silvio Berlusconi once called the “human tsunami” of refugees and illegal immigrants, Europe has increasingly militarized the Mediterranean.

In recent years, the EU has invested millions to curb unwanted immigration. These measures include deploying police units to its external borders, building fences and using satellite technology to monitor refugee routes. In October 2004, they set up the European Agency for the Management of Operational Cooperation at the External Borders of the Member States of the European Union, also known as Frontex.

The latter coordinates the operations between EU member states in the field of border security and has deployed its ships, boats, helicopters, aeroplanes, radars, heat-seeking cameras to prevent asylum seekers and migrant from reaching Europe at all cost. There are grave allegations against Frontex, the most serious being the failure to rescue migrant boats in distress.

Frontex is also mandated to implement Eurosur, a pan-European border surveillance system that uses cutting edge technologies to reduce the number of irregular migrants entering the EU and to reduce the number of deaths of irregular migrants by saving more lives at sea. In addition, many European countries have been working with Libya, Tunisia and other migrant transit countries to get them to arrest and detain migrants and use every means necessary to prevent them from travelling to Europe. With all of these measures, many find it hard to believe that Europeans government were genuinely dismayed by the events that occurred this week.

The increasingly tight security and repressive visa laws have failed to deter refugees and migrant who continue to flock to Tunisia, which is only 70 miles or about 167km from Europe, and other transit countries.

Instead they have increasingly turned to criminals and their networks who exploit migrants to the maximum in their despair to find greener pastures in Europe. They are forced to make treacherous journeys, to burn their papers and their fingerprints in order to realize their dreams.

The modus of the criminal network is often to destroy their ships’ engines just before reaching the coast. This makes them incapable of maneuvering the vessels, so that they are officially considered in distress and are towed into port. This gimmick may be a reason why passing boats refuse to come to the rescue of the migrants. There are allegations that a UN boat failed to come to the rescue of the sinking trawler last week off the Coast of Lampedusa.

Whilst Europe and the human smugglers bear some amount of the blame, the brunt of it rests with African Governments. It is not shocking that many of the migrants and refugees are from conflict ridden and poverty-stricken countries. For many, it is insecurity, the lack of enjoyment of the basic civil and political as well as economic and social rights that forces them to seek desperate means to escape.

They are fully aware of the risks and the fact that they undertake it is a clear indication of their misery. Many have little or no idea about what awaits them on the other side. They easily buy the stories of the traffickers and some other African migrants who tell them that the streets of Europe are paved with gold. They are usually bitterly disappointed if, at all, they manage to get to the other side at all.

In response to the Lampedusa tragedy, the African Union sent its condolences to families of the victims. The Chief of Staff to the Chair of the Commission, Jean-Baptiste Natama, is quoted as urging the AU Member States to use the continent’s resources to create opportunities that will enable youths to fulfil their life expectations from the society.

Mr Natama is spot on. Until Africa creates opportunities for its youths, Lampedusa will be a graveyard of dreams for hundreds of migrants, and not the beautiful island with crystal-clear sea and snow-white beaches that many Europeans know it as.