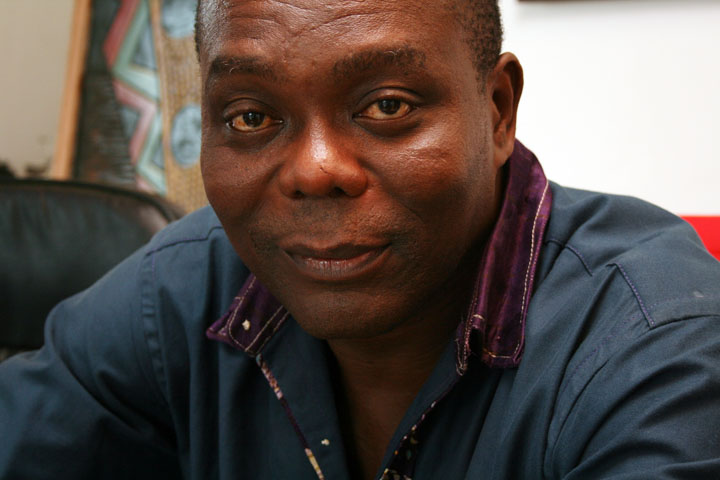 Recall the gory video scene of the killing of then President Samuel Doe of Liberia. There was the beer-guzzling Prince Yormie Johnson sitting in judgment over the captured and tied up Doe who was begging for his life: “Yomi, two people fight, one win. Spare me, please.” The selfsame Yormie Johnson used to live in exile in Ikoyi, Lagos, and I had a memorable encounter with him.

No appointment was fixed with the former warlord. No telephone calls. Nothing. I simply appeared unannounced at the frontage of the man’s Ikoyi home one hot Tuesday afternoon, and settled on a white plastic chair by the door of the bistro that leads into the compound. I ordered a drink from the dark and tall barmaid who would later introduce herself as the cousin of the man I had come to meet.

It took 30 or so minutes for the man to manifest. General Prince Yormie Johnson appeared as simple as the boy next door. I sprang to my feet and greeted. He shook hands as though not having a care in the world. I told him I came to give him a book I wrote for the Civil Liberties Organization (CLO) and that I expected to have the book he had just published in return. Meantime, two itinerant newspaper vendors entered the bar. Prince Johnson nodded at them, went out to the car parked outside and soon came back with seven books which he gave to the vendors to sell for him.

He autographed a book for me, and said he was now a born-again Christian who drank no alcohol. One could hardly reconcile the new Prince Johnson with the boozing and woman-chasing new exile in 1994 who had bitterly complained then that a beloved consort had left him brokenhearted through the chicanery of some friends! Nobody would again report that Prince Johnson collapsed drunk behind the steering wheel of his car on a busy Lagos road! Now Prince Johnson was the complete picture of the family man who dutifully undertook school runs.

“My dream is to set up the Africa Centre for Peace and Conflict Resolution and Children’s Rehabilitation,” said Prince Johnson, casually flipping through the pages of his book entitled The Rise and Fall of President Samuel K. Doe and sub-titled “A Time to Heal and Rebuild Liberia.”

The then 54-odd-year-old father of 12 children planned to become “father of the fatherless and president of the homeless.” He no longer had any time for war and hoped to devote the rest of his life to reconciliation rather than vengeance. “Attempting to solve problems by force of arms only ends up opening more wounds,” he submitted, adding, “We must uphold the Constitution and respect it. It is lack of democracy that leads to armed struggle and unconstitutional change. Power becomes like glue for any man who has stayed too long on the throne.”

According to Prince Johnson, “When I broke from Charles Taylor, he wanted me dead. Taylor was planning Vision 2024 without knowing that God will kick him out. Taylor said he would only give me amnesty after Vision 2024 but God thought otherwise.”

Prince Johnson revealed that he had completed his memoirs which runs up to 935 pages. It’s his firm belief that anybody who removes an oppressive system should not compensate himself with power. “A man who operates a machine-gun may not know anything about statecraft,” Prince Johnson stressed.

“When you have God, you fear nothing,” he said. “I used to go to Babalawo before. Now all I know is God.” He narrated how he lacked money to buy diesel one day only to wake up after a prayer to meet a boy who had come back from Cyprus after serving under him in Liberia. The guy from Cyprus gave Prince Johnson enough dollars to buy diesel and pay his children’s school fees. Also, when the Peugeot given to him by General Sani Abacha was always breaking down, he prayed and then President Obasanjo promptly came to his aid. Prince Johnson did not hide his love for General Ibrahim Babangida whom he always drove to Minna to see.

Prince Johnson was at peace with himself having reconciled with the widow and son of the slain President Samuel Doe at Prophet T.B. Joshua’s Synagogue Church of all Nations. Prophet Joshua had earlier cured Prince Johnson’s daughter, Amy, of “kidney disease and protruding stomach”. In Prince Johnson’s words, “Christians who suffer are people who don’t have faith.” Counting himself as a detribalized African, he stressed that ethnicity remained a major problem in Africa. “For now I want to reconcile all Liberians. If ever in the future I should contest elections in Liberia, if I don’t win I will go back to my village, to the farm.”

An Open Letter to Prof. Attahiru Jega of INEC, By Chukwuemerie Uduchukwu

Nigeria: A Haven of the Ostentatious and the Wasteful? By Ikechukwu Mbachu

Not a poisoned chalice, By Wole Olaoye

Article of Faith: Prayer for Nigeria at 62, By Femi Aribisala