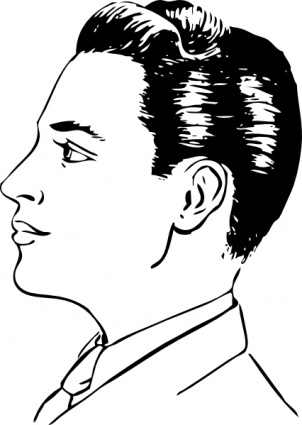 Scream No Eureka For APC Birth, By Fejiro Oliver

I was told to challenge every spiritual teacher, every world leader to utter the one sentence that no religion, no political party will dare utter: ours is not a better way, ours is merely another way — Neale Donald Walsch

For the birth of any new born baby foretold to the world, excitement fills the air for a brief moment, then suddenly it dawns on the hearer to ask, what is the sex of the child? This is when to know if the celebration will continue for a long time or briefly. I’m no sexist but let the truth be told. At the mention of a boy child, there goes a loud shout with everyone congratulating the father for being a real and strong man, but when a girl child is mentioned, a mere congratulation is said without eulogies. This is normal in the world, laying no claim to it being a Whiteman or Blackman mentality, so let no proponent of “mama na boy” call for my head.

This is what the African Progressive Congress birth is, since the news of INEC registration of the consensus party.  The APC was not born when it was issued the registration; it was born long before then. INEC only dedicated it the way a child is dedicated in the church announcing to the world, that the baby can now leave the house and follow the mother to outings; Simple. Tinubu and his band of politicians can now fully append their various APC positions to their CV. Now that APC has been dedicated with jubilation still in the air all over the nation, what hope has the country that true change has come? At the risk of sounding a prophet of doom, I dare to say that not until will see the true change in the various ACN,CPC, ANPP and a faction of APGA states can we truly analyze this dedicated party. Let’s begin with her most famous state and empire; Lagos. Since the second coming of Babatunde Raji Fashola, it has been one form of taking decisions against the masses and enforcing them in military faction. If he is not banning bikes, he’s driving away Igbos from Lagos and inhumanly dumping them at the Onitsha Bridge, without being patient to wait for a reply from Governor Peter Obi before carrying out his harsh actions. Patience is a key word for good leader who truly wants to bring change; the ACN lacks this virtue. Nigerians are very impatient and provocative people, thus they need extremely patient leaders to lead them.

The ACN in are not different from some male lovers, very good in poetry to woo a lady, but once they sleep with them, are confined to the dustbin of an adventurous past. If not, how else can one describe the Comrade Governor, Adams Oshiomhole who has turned overnight to an emperor, terrorizing the very citizens he was elected to serve. After distributing crash helmets just like his Lagos counterpart to bike riders during his second tenure, the same man turned round to ban their bikes once he was re-elected. Truly, Nigerians don’t need deceit which ACN has come to represent as leaders. No! We need honest leaders, not necessarily telling us the truth all the time, but saying so most of the time. For a full description of Oshiomhole action, Google “can the court stop this emperor”. Ogun state and Osun state governors have not fared better. Agreed that they have provided jobs to their citizens than their PDP counterpart, they are still way behind the transformation mantra they sang during their campaign. They can be pardon being first term governors and yet to complete it.

We can go on and on to all the states they control in their individual party capacity, enumerating instances where they have failed Nigerian. With the media awash of 23 governors’ allegedly switching allegiance to this new party, it seems a concluded battle that the PDP may have lost their birthright in the sharing formula, but in politics, the media don’t control the votes, neither do they dictate to the voters. Until the battle is lost and won, you can bet on my visa tickets that we journalist are only speculating through the body languages of the various governors using the crisis in the party as a leverage. On what ideology is the APC leaning on to get or rather buy Nigerians votes? What are they bringing differently that should make them earn the trust of voters that the PDP lacks? Let no one be deceived; PDP as a party in 1998 started this way, with beautiful manifesto to turn Nigerian to another Dubai, until it was hijacked by the crocodiles that have held it by the jugular till date. But this is simply not the case with APC which was already hijacked by ex PDP members even before it was dedicated. Are these the men to trust with powers? Men and women who have been in politics, shared the national cake and collectively oppressed our individual mentality while in PDP. While it is fun to criticize the governors of PDP and their leadership, it would be wiser to weigh all parties on a balance scale, using their history, leadership and modus operandi to judge fairly

For crying out loud, what are Tom Ikimi and Atiku Abubakar doing in APC? What service do they want to render the nation that they have not done before? A good number of the officials are all products of PDP who have drunk from their fountain, but when the tide was against them jumped ship. Outwardly, they appear APC, but inwardly, they dream, eat, sleep and think PDP. If the biblical injunction of God judging the heart should apply, we are better of saying that PDP part 2 movie has only being registered with few changes made in the casting of actors. 2015 is very much around the corner, but no one will wait to judge the APC till then since their first test is already here; Delta Central Senatorial district election which became vacuum on the death of Sen. Pius Ewherido. The conduct of the party primary and eventual election will give Nigerians a peep into the nature of this party internal democracy that they clamor for. Another test for them will be the governorship election in Anambra State, which is undoubtedly their greatest task ahead. How they muscle the electorates to accept the change they preach will be a barometer to 2015 election. Having a senatorial and governorship election is a big assessment for any party, and certainly, Nigerians are watching keenly than ever before. While we do not wish them bad luck; should they fail, they can as well bid bye to the presidency come 2015, and even if they win, the presidency with all accuracy will not be a jolly ride to victory for them.

At the blast of the whistle, all athletes begins the race but I foresee the APC beginning the race before the whistle, leading to their disqualification by the umpire (voters) and this certainly is not good for them. Secondly, a child with so many mothers but without a father is a bastard, which I pardonably say is the lot of APC. Thirdly, APC as it is have not given Nigerians a clear cut vision of what they stand for but they have a mission, which is to drive out PDP. Sorry new dedicated baby, we don’t run after mission but vision or haven’t you been taught in your bible and Koran class that vision begets mission? If Nigerians were after mission, we would have voted your individual parties in 2011 since you all had mission of chasing away the PDP. Most of all, until all PDPers in your party and even the intending ones with stained record are denied electoral tickets which we doubt you will do; we may just agree with Doyin Okupe that APC is a still born baby who will not live long.

In our Africa tradition, it is wickedness for an elder not to pray for a new baby; thus I pray for you: APC APC APC, I bless you. As you are dedicated and launched into this world, may you outshine your peers and contemporary and what befall other parties (Mega Party) not be your lot. The journey to your destiny is not a straight road but I pray you overcome. While I wish you well, I pray that your roads will be full of thorns. Money will not cause divorce in your homes and may your voice not be heard outside by strangers, and even the birds not spread your innermost discussions with your brothers. I ask of God to keep evil friends far from you. Agreed that honor is not the exclusive property of any political party, but I pray you are more honorable than your brethren, more trustworthy than your kinsmen, but most of all more crafty than your opponents. I bless you.

For now your sex is not known and hence we may just keep our rejoicing till 2015 when it shall be publicly known whether you are a male or female baby. Good Luck.

I was on Grant Street, Pittsburgh, Pennsylvania with a journalist friend from Committee for Protection of Journalists (CPJ) when I got a call that true to my earlier write up on the Akwa Ibom State NUJ election, my good friend Joe Effiong lost to another close pal, Elder Patrick Albert. I congratulate Joe for being a good politician by not manipulating the system to suit him. My big congrats to Elder Patrick Albert who exhibited a high sense of professionalism by campaigning without maligning. Congratulations guys.

Fejiro Oliver, a Journalist can be reached on secretsreporters@gmail.com

Do Not Disturb: Intelligent Nigerians in Conversation, By Pius Adesanmi

Manners and Rules of Conduct on the Internet, By Aminu Gamawa