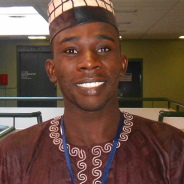 How Nigeria legalizes discrimination against women, By Aminu Hassan Gamawa

The recent debate on the amendment of the 1999 constitution raised many interesting and controversial questions on the position and treatment of women under the law in Nigeria. Many people expressed shock and disappointment over the unequal treatment of women by the constitution, particularly section 29 (4) (b), which anti-child marriage advocates see as bad for women. I have written a legal opinion elsewhere on the meaning of this clause and its implication. But is section 29 (4) (b) the only provision of the Nigerian constitution and Nigerian law that overtly or covertly discriminates against women? Does the Nigerian law treat men and women equally? I have listed below some aspects of the Nigerian law that are directly or indirectly discriminatory.

Language of the constitution

The language used by the constitution is not gender neutral, perhaps because it was written by men. For example, the pronoun “He” appears in the 1999 constitution about 235 times. Some advocates have recommended for replacing “he” with “a person” or “He and She.”

Government appointment and composition of agencies

Section 14(3) of the 1999 constitution did not include gender consideration in the composition of the government and of its agencies. Many have argued that this provision may hinder affirmative action in favor of women by not giving it constitutional recognition. It may also give room for marginalization of women in government appointment. The section provides that “The composition of the Government of the Federation or any of its agencies and the conduct of its affairs shall be carried out in such a manner as to reflect the federal character of Nigeria and the need to promote national unity, and also to command national loyalty, thereby ensuring that there shall be no predominance of persons from a few State or from a few ethnic or other sectional groups in that Government or in any of its agencies.”

Section 37 of the 1999 constitution provides that “the privacy of citizens, their homes, correspondence, telephone conversations and telegraphic communications is hereby guaranteed and protected.” Some activists have expressed fear that this section is too broad and can serve as a cover for those who engage in Child marriage and domestic violence. It means you are not allowed to intrude into a person’s private matters, without exception.

Indecent assaults on males and females

Can a man rape his wife? Yes, but not in Nigeria. Under the Nigerian criminal law, a man cannot rape his wife. Section 182 of the Penal Code provides that “sexual intercourse by a man with his own wife is not rape if she has attained puberty.” Those advocating for recognition of marital rape claim that this provision condones defilement of young girls.

Is it allowed for a man to beat his wife under the law? Section 55(1) (d) of the Penal Code provides that “Nothing is an offence, which does not amount to the infliction of grievous harm upon any person and which is done by a husband for the purpose of correcting his wife. Such husband and wife being subject to any natural law or custom in which such correction is recognized as lawful.” One can argue that this provision condones domestic violence and may be used as justification for abuse against women in matrimonial relationships.

Section 221 of the Criminal Code, which deals with defilement of girls less than 16 years, stipulates that a person cannot be convicted of the offence of unlawful carnal knowledge of a girl being of or above thirteen years and under sixteen years of age; or knowing a woman or girl to be an idiot or imbecile, has or attempts to have unlawful carnal knowledge of her, upon the uncorroborated testimony of one witness.

Interestingly, sexual predators don’t invite people to come and watch their crime. How can this offense be proved then?

I haven’t seen any agency that discriminates against women more than the Nigeria Police Force.

• Police women on duty are prohibited from putting on jewelry except wedding or engagement rings and /or wristwatches; applying face powder, lipstick or colored nail varnish

.• Police Women are required to place the alphabet ‘W’ before their rank.

• Compensation, Gratuity and Disability Pensions: provision was made for payment only to “wife‟ or “widow‟. No reference to spouses (husbands)

• Police women married to civilian husbands are disallowed from living in police barracks.

• Travel allowance made only for accompanying ‘wife’ and children. No husbands.

• According to Section 121 of the Police Regulations, women police officers shall as a general rule be employed on duties which are concerned with women and children.

• According to rule 122, married women are disqualified from enlisting in the Police; a Police Woman who is single at the time of her enlistment must spend two (2) years in service before applying for permission to marry giving particulars of fiancé who must be investigated and cleared before permission for marriage is granted.

• Section 125 of the police regulation states that “A married woman police officer shall not be granted any special privileges by reason of the fact that she is married and shall be subjected to posting and transfer as it were unmarried.”

• Section 126 of the police Regulations provides that “A married woman police officer who is pregnant may be granted maternity leave in accordance with the provisions of general order (a federal government instruction that regulated the condition of public officials). However, an unmarried woman police officer who is pregnant shall be discharged from the force.

I want to know your thoughts on these laws?

Delta to prosecute parents whose kids loiter during school hours