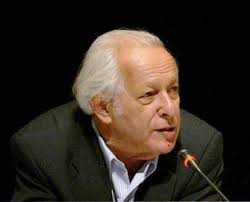 Morsi and the Aborted Theocracy in Egypt, By Samir Amin

On 30 June 2012, President Mohammed Morsi took over as the Mubarak successor in Egypt. However, on the occasion of the first anniversary of the Muslim Brotherhoods’ victory last June, 2013, Professor Samir Amin, Egyptian philosopher and economist, who also serves as the director of the Third World Forum in Dakar, spoke to the Italian journalist, Giuseppe Acconcia, on a wide range of issues. A month after the interview, ironically, Mohammed Morsi was removed from office by the Egyptian military and bloody clashes broke out in popular protest. Here, Professor Amin reflects on the last year in Egypt with the Brotherhood in power.

Samir Amin: The Tamarod’s campaign for the Morsi dismissal is magnificent. Millions of people signed their names after giving deep political consideration to what they were doing: something totally ignored by the international mainstream media. They represent the majority of all the electoral constituencies, but they do not have any voice. The Muslim Brothers wield political power and like to think they can control 100% of the votes. Thus, they ensured members of the movement in every public sector. Their way of managing the country is informed by a type of crony capitalism, which simply does not leave any room for the opposition figures, and technocrats who had some power even in the Mubarak era.

A: This is happening during the worst economic crisis of recent decades

Samir Amin: There is more than an economic crisis. Islamists have only ultraliberal answers to give to the crisis: they have replaced the capitalists’ bourgeois cliques that were Mubarak’s friends with reactionary businessmen. Moreover, their goal is quite simply to sell off public goods. The Brotherhood is hated by Egyptians because it continues with the same policies as its predecessor.

A: Maybe worse in the case of the Islamic Finance Bill?

Samir Amin: It is theft to attach derisory prices to goods that are worth billions of dollars. These are not the usual privatizations that reactionary regimes indulge in, selling off goods at their economic value. This is pure fraud more than a privatization.

A: Recalling the stages of this year with the Brotherhood in power – Morsi won after eight days of uncertainty and finally the elimination of the Nasserist, Hamdin Sabbahi, in the first round. Were the 2012 presidential elections manipulated?

Samir Amin: There was massive electoral fraud. Hamdin Sabbahi could have passed into the second round, but the US Embassy did not want it. European observers listened to their American diplomatic counterparts and turned a blind eye to the fraud involved. Moreover, the five million votes for Sabbahi were squeaky clean and highly motivated. On the other hand, the five million votes for Morsi came from the most wretched part of the population, devoid of political conscience: the votes of people willing to be bought off for a piece of bread and a glass of milk.

A: But would you agree that the sharpest clashes between the presidency and demonstrators broke out last November as a consequence of the presidential decree that extended Morsi’s powers?

Samir Amin: Morsi got going with a few weeks of demagogic speechifying, promising to listen to the other political contestants. After that, it soon became clear the extent to which the President was a puppet with the Gulf countries pulling the strings out of sight. He became a mere instrument of the murshid’s will  – that of Mohammed Badie, Supreme Guide of the Muslim Brotherhood.

A: The historic support to the Palestinians had been shelved as well?

Samir Amin: The Egyptian Muslim Brothers support Israel, like the Gulf countries and Qatar do. They have always adopted an anti-Zionist discourse, but this was just an ongoing deception. The Qatari Emir, for example, is quite used to saying one thing and then doing the opposite, given the complete absence of public opinion. Now Egypt is supporting the worst type of opposition in Syria, as do the most reactionary western powers. The end result is that the majority of the western weapons furnished to the rebels are being used to finance the very worst outcome in Syria.

A: Is this why Morsi supported the creation of a Free Trade Area in the Sinai, favouring an economic relationship with Israel?

Samir Amin: This is a huge loss to Egypt. The effects of the new Free Trade Area will not be the imagined industrialization of the region, but the perpetration of a huge fiscal fraud. This will strengthen small mafias and the dismantling of public assets. In the end, the Brotherhood would accept all the conditions of the International Monetary Fund and the expected loan will accordingly come to fruition despite the fact that corruption and financial scandal have spread all over the country.

A: So how do you see the acceptance of the Constitution written by the Muslim Brotherhood, last December?

Samir Amin: This is a dictatorship of the majority. However, judges put up the strongest and indeed an unprecedented fight against the ratification of the constitutional referendum results. But it is clear that the ultimate goal of Freedom and Justice (the political party of the Brotherhood) is to build-up a theocracy on the Iranian model.

A: To conclude is there anything left to preserve in this year of Morsi’s presidency?

Samir Amin: The lumpen proletariat is easily manipulated, and a fortiori would not obtain anything by the upheaval Morsi’s overthrow will bring. Moreover, the division of power the Brotherhood has with the army who is behind the scenes, ready to intervene, is full of ambiguity. The military personnel, as a class, are corrupt – a corruption guaranteed by American help, and carefully composed of segments of different classes, divided into political currents, many of them close to the Brotherhood and the Salafists.

However, with normal elections, with a period of democratic preparation, the Brotherhood will be beaten. But if this is not going to happen, next October there will be a more repressive climate and the vote will be manipulated by widespread falsification as happened on the previous occasion.

This interview, originally published on the Open Democracy Forum, is reproduced here under a Creative Commons Attribution-NonCommercial 3.0 licence