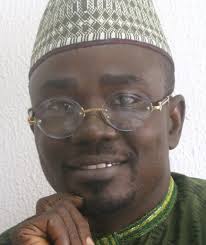 Taming Ignorance and Begging in Kano, By Yushau A. Shuaib

byPremium Times
3 min read
Realising the importance of knowledge, skill acquisition and job creation, the Kano State government through its Kwankwasiya slogan is fighting ignorance, street begging and other vices through massive investment on education and critical infrastructure.
This writer was recently invited by the duo of Jafar Jafar and Baba Dantiye, Media Assistant, and Director Public Relations respectively to Governor Rabiu Musa Kwankwaso of Kano State. While still waiting inside the reception hall of the Government House, Governor Rabiu Musa Kwankwaso and his Deputy, Dr. Abdullahi Umar Ganduje strolled in. They were on their way to inspect some ongoing projects in the city. They asked a guest and myself to join the team on the inspection tour. Who am I to resist such a gesture, considering various perceptions about the governor and impressions on the ongoing projects in the state?
I must admit from the outset that I had close encounter with, and supported former Governor Mal. Ibrahim Shekarau during his eight year tenure. Due to that affinity, some aides and supporters of the current Governor Kwankwaso have often challenged some of us to make sincere appraisal and comparisons of the two administrations in the state.
As the convoy moved from sites to sites, youths and the elderly especially women trooped out to hail the governor.  While we sighted some newly established schools, we were at the sites of ongoing megacity project aimed at decongesting the old city.  The new city is spread in three estates: Kwankwasiya, Amana and Bandirawo with different types of residential accommodations with provision for schools, security posts, commercial and recreational centres. Other ongoing projects include: construction of dual carriage way complete with street lights; fly over bridges; rehabilitation of roads; modern trailer parks and the important independent power plant project, which is expected to generate 35 MW of electricity from Challawa and Tiga Dams in Kano. Already the street and traffic lights in the metropolis have become functional through independently generated electricity without depending on PHCN.
Rather than talking about past administrations or accusing presumed political enemies for whatever excuses, Kwankwaso is so passionate about education projects in the state with new schools being established, and some created from abandoned structures.
The governor traced the security problem in the country to ignorance and lack of proper knowledge of religious and moral injunctions. He said parents procreate in dozens as if they were meant for sale and abandon them to becoming almajiranci (destitute beggars) without provision for feeding, clothing and shelter, which he described as ‘un-Islamic.’ “We cannot continue to tolerate begging in our city. Never!” he declared matter-of-factly.
In an effort to discourage child beggars from the streets and ensure their return to schools, the state has reintroduced free feeding, materials and uniforms for pupils in primary schools. Schools for Quranic and Islamic studies are now established to incorporate western education and skills acquisition. The curricula is designed in such a way that knowledge acquired would empower the participants and improved their standard of living spiritually and socially so that they could become useful to themselves and the society.
Related to this, the government has created rehabilitation centres for destitute where they could learn some skills rather than prostituting and constituting themselves into nuisance on the streets. The state is working on a law to ban shameful act of begging anywhere in Kano.
Though the newly established North-West University has fulfilled NUC requirements and equipped with state-of-the-art facilities, there are also various skill acquisition institutes for entrepreneurship development to empower people to be self-employed. Some of the institutes include those deliberately designed for training on fishery, poultry, livestock, farming, film-making, and even sports among others.  The most impressive is the Kano Corporate Security Institute which graduates would replace tired but refused to retire security gatemen who are indeed very old.
On Corporate Security Institute, the governor said: “The initial idea is to ensure that we have professionally trained security personnel who are strong, healthy, mentally alert young men and women. We cannot continue to have old people doing the jobs while their children and grandchildren are jobless. We want to see indigenes of Kano well-dressed, proud in corporate security outfit doing their job professionally and earning decent living.”
While scholarships are provided to indigenes for foreign studies on specialised fields of medicine, engineering, piloting and other science-based education, the state is working to ensure that additional teaching hospitals could be provided for universities in the state. There is balance in gender representation in the scholarship scheme that encourages female-education, especially in the specialised field of paediatrics and gynaecology. An average Northerner would rather prefer a female medical doctor to attend to the crucial medical needs of their wives.
On the source of funding, Governor Kwankwaso said the state relies on the Federation Account and its improved internally generated revenue (IGR) to fund the projects. He emphasised that his administration has refused to secure any new loan, locally or internationally as it prioritises its budget for infrastructure and human capital development. Capital expenditures take lion’s share of over 70% while recurrent services take the remainder.
During the tour, Dr. Kwankwaso was bold in tackling his officials and contractors at each site, dishing out instructions on the need for quality jobs that should meet deadlines and specifications. He often threatened to sack officials or revoke contracts that fail the demand of the job. I saw this with my korokoro eyes!
With just two years to the end of the tenure, could Kwankwaso complete his missions, visions and the projects before he leaves? His aides give an impression that “Kwankwasiya is not just about the unique dress code and Red Caps, the administration symbolises due process, transparency, accountability, and fiscal discipline towards achieving its goals within the tenure.”