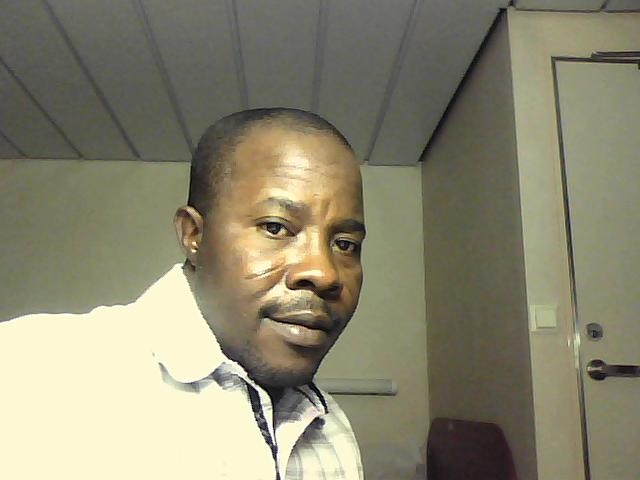 How Lethal Fumes Are Killing Us, By Abah John Abah

In a frantic drive to meet target, your boss has been practically on your neck and it’s been another hectic day. Thank God it’s Friday and you can’t wait to rush home for a deserved weekend rest. But you are about to face the hardest task of the day- commuting back home in the evening grid-lock of Lagos traffic, the nightmares of Lagos commuters. You are grinding back home slowly in the traffic jam and on the lane to your left is a rickety PSP truck puffing heavy smoke from its exhaust into your congested and poorly ventilated bus. After an hour from itching teary eyes, you begin to experience stabbing headache. You joined many yelling on driver to do something to avoid the truck, but the driver has little choice. Luckily for you, the grid-lock ease off a little and you get a burst of fresh air as your bus picks up speed. Unknown to you, and most others, you just survived being poisoned.

Your ordeal didn’t stop there. On getting home, your headache persists mildly. The hectic day must have taken a toll on your body. After managing the take-away you picked up on your way home for dinner, you decided to just hit the sack. But you are not getting the desired rest no thanks to your stuffy unventilated apartment. The epileptic power supply has put your area of town in darkness. You dragged yourself up and cranked up the 5.5 KVA generator you acquired second-hand and mounted on the little balcony outside your back door and close to the only window to your bedroom. Let the gen run for as long as the fuel lasts, you don’t give a damn. What is important to you is a long weekend rest. You plan to wake up late in the morning. With the fan running, you have a relief, albeit temporarily, and you drifted off. But alas, it is a restless sleep as the intensity of the headache wakes you up around midnight. You feel nauseated. It’s like you have the world‘s worst hangover, but you haven’t gone on a drinking spree.

No alarm rings in your brain. It must be the restless week. You decided it’s best to just stay in bed. You slump your head back, trying to fight the increasing nausea and catch more sleep. You felt like you haven’t slept at all. The pain is getting worse, cancelling whatever more sleep you hope to get. You are stirring in bed feeling like you are about to throw up and exhaustion is setting in. With increasing anxiety to get more sleep, your mind raced through all the ‘hows’ of your condition. Nothing you have taken during the day suggests any form of poisoning. As the night wears on, your ability to think clearly quickly diminished and you are feeling almost paralyzed. Before long, you passed up; unconscious and what happens next, your guess is as good as mine……..

You are actually dealing with a deadly silent killer called carbon monoxide (CO), an odorless, colorless compound that is extremely poisonous to human being and yet ubiquitous in our generator-infested society . CO is a by-product of incomplete combustion of fuel  that is produced by generators, automobiles, kerosene stove and lantern, fireplaces, furnaces (even blacksmith’s ) and industrial boilers and generating plants, in fact, anywhere carboneous fuel is used. Watch out if there is little or no ventilation where and when any of these appliances is used, worse still if any of these malfunctions, especially if it is China substandard or acquired second-hand .

The gas produced naturally during fuel combustion is carbondioxide (CO2), but if for any reason, like poor ventilation in enclosed machinery space, adequate oxygen (O2) is lacked, CO is produced.

Trouble of CO poisoning looms if you find yourself in an enclosed machinery space with plants running; if you start your car in enclosed garage; if you are in a congested bus in a heavy traffic, with heavier vehicles puffing the fumes into your car; and most fatal cases from generating sets running in enclosed and/or poorly ventilated spaces. More woeful is your case if you live in the slum where China made I-pass-my-neighbour gen sets competes for space in face-me-i-face-you apartment alleyways. They you don’t need to own a gen set to succumb to CO.

In Arobiyan community, Abule- Ijoko, Ogun state, 80-year old madam Kuburat couldn’t have been a happier woman after a New Year family reunion party on January 2, 2013. The night went well and the whole family tucked in to sleep, the gen set still running on the veranda. Nobody foresaw the tragedy that greeted the community in the morning. When nobody answered the door in the morning for a tenant who spent the night in the hospital with a sick son, alarm was raised and a forced entry by neighbours discovered 3 bodies, 8 others in unconscious state. Two of the eight unconscious victims rushed to hospital later died. Madam Kuburat, her two grandsons and two others have fallen to lethal CO poisoning.  A similar case was reported in Yelwa Makaranta a suburb of Bauchi early January this year. These incidents followed widely reported horrendous cases in 2012. The Emekuku family of 9 in Imo state flashed in the media, closely followed by a case in Uburu, Ebonyi state where Mr Samuel Udeh, his pregnant wife and 5 children were wiped out by the fumes from gen. Most bizarre is the when the death of 95-year old chief Sopulu Nwankwo and four grand children in Urum, Awka North, Anambra state was attributed to spiritual forces. Even as I’m wrapping up this article, April 4, 2013, the news of three friends were snuffed to death sleeping in their shop at Alakuko Road, Akera, Alagbado runs in the dailies. It’s a daily tale.

Statistics are scanty but going by reported cases in recent time, CO is the number one cause of accidental poisoning in Nigeria. Aside the hundreds who, unknowingly, experience mild poisoning in traffics daily, there are, on average three reported fatal cases every month or 36 cases per year. If you do a rough mathematics, there may be well over 400 fatalities per year resulting from CO poisoning in Nigeria, neglecting unreported cases. There are thousands of non-fatal CO poisoning occurring on traffic, in factories and workshops/garages everyday, no thanks to dead of information and enlightenment campaign on this deadly killer. These victims are lucky because their exposure to CO is limited and they are soon rejuvenated when they take fresh air after leaving the danger zone, most times unaware that they just escaped death.

CO poisoning has fool’s symptoms which are mistaken for other conditions. The familiar headache and exhaustion are mistaken for everyday stress-related symptoms. No wonder we hear of entire family tragically wiped out overnight and we question why no one calls for help. Before anyone figures out what is happening, they have become too weak to raise alarm. They are completely clueless that the enemy is within.

Unknown to you, the tragic journey starts when you crank up that gen to get your fan running. Before long most of the air in your room that lacks cross ventilation is tainted with CO. Now the deadly gas slowly wreck havoc on your respiratory and circulatory systems. When you breathe fresh air under normal circumstance, the O2 binds with a molecule called hemoglobin, found in the red blood cells to form oxyhemoglobin. It’s oxyhemoglobin’s job to transport the O2 from your lungs to the various parts of your body. When the oxyhemoglobin reaches the muscle tissues where it is needed, the O2 is released for vital metabolic activities. The hemoglobin is recycled to pick up more O2 and move it over and over again.

But when you take in CO, it interferes with this all-important transport system. With every breath you take, you set up a deadly competition between O2 and CO, each trying to bind with the hemoglobin molecules in your lungs. And here is the kicker: In a cruel biological irony, hemoglobin has greater affinity for CO than O2. The compound formed and carried around your body is carboxyhemoglobin. As you breathe in more CO-tainted air, more and more O2 transportation sites in the hemoglobin molecules become blocked by carboxyhemoglobin. Gradually, there are fewer and fewer sites for O2. With depleting O2, cellular metabolism slowly grinds to halt and eventually cells begin to die, especially those in your heart and brain.

At this point, you can’t even get up to make a call or shout for help. You have lost all of your motor skills. The tissues of your body are starving for O2. Your heart rate accelerates and you lose consciousness. Your ventricles stop filling properly with blood as your heart fails in it’s function to pump blood. In no time you are brain dead. The rest is history.

The next day, your neighbours break in to find you still in bed. At first no one raise hopeless alarm as you look strangely healthier and smooth. Carboxyhemoglobins make your blood brighter and more vibrant than normal, so you actually have a complexion of an Olympic athlete after a frenetic victory dance. Yes, victory, as you take leave of this chaotic world, God forbid.

The explosion in new media is helping in increasing reportage but relevant agencies and NGOs need to do more. The National Emergency Management Agency, NEMA did a half-hearted enlightenment campaign after the serial cases last year. These deaths are clearly avoidable if the media and other concerned groups educate the masses on the danger of this silent killer.

You save yourself from this fate.

1, Get yourself a quality gen set.

2, Mount it away from your room in a well ventilated space, making sure your room air intake face away from the gen.

3, In-built garage are not space for running gens, and don’t fire your car for a long period in such garage.