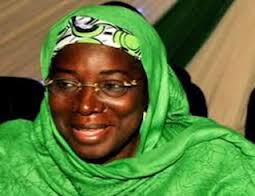 Declining Enrollment in Primary Education in Nigeria: Who bears the Responsibility? By Frank Onuoha

“One in every six out-of-school children is a Nigerian.”

At a press conference, on Monday, March 11, Professor Ruqayyatu Ahmed Rufai, the Minister of Education, spotlighted the downward fortunes of primary education in Nigeria. She referred to a recent monitoring team report by Education for All, EFA, the arm of United Nations Educational, Scientific and Cultural Organization, UNESCO, that capture the statistics of children without access to basic primary education around the globe.

The situation may be worrisome but hardly surprising. In 2008, an EFA Development Index report for 129 countries revealed that of the 25 countries that are far from achieving the EFA four cardinal goals ratified by all members of UNESCO, two thirds are in sub-Saharan Africa which includes Nigeria. The four goals are universal primary education, adult education, the equality of education and gender parity. The situation stayed the same in 2009. The number of out-of-school children of primary school age climbed from 29 million in 2008 to 31 million in 2010.

We can trace the sources. Nigeria’s child-labour statistics are appalling. The International Labour Congress in 2006 stated that Nigeria sits at the summit in child labour in Africa. The organization estimated that there were over 12 million children between the ages of 10 to 14 who were forced into domestic servitude or prostitution in country. The children are usually not exposed to primary education; instead they pass through harrowing physical and psychological abuses.

The EFA report found that most of the children who are out of school, work in low-paid jobs, often to supplement the income of their families or guardian.

There is the Almajiri education system. The system which started in northern Nigeria around the eleventh century AD, involves sending male children to faraway places to acquire Islamic education at tender ages of four to nine years. Its success in the past was because the host community took responsibility for the children’s welfare. Today the almajiris are left at the mercy of their teachers or instructors who convert them into street beggars. Mahmood Yakubu, the Executive Secretary of the Tertiary Education Trust Fund (TETFund), disclosed in April 2012, that there were over 9.5 million Almajiri children that are denied the right to basic primary education in the country.

The security situation in the country also comes to play. The constant threat posed by Boko Haram which started in 2009 and other extremist religious sect like the Jama’atu Ansarul Musulimina Fi Bidalis Sudan, undermines efforts at improving education in the region. These groups have carried out several attacks and issued threats on primary schools in the north.

In some of the attacks, teachers were killed or injured and structures razed. For instance, on Tuesday, March 12, gunmen linked to Boko Haram attacked Hausawa-Danmaliki Primary School in Kumbotso Local Government Area of Kano State. Three teachers and the headmaster were injured in the attack while the pupils were sent home. That was just one of several attacks carried out over years.

Article 18 of the 1999 Nigerian constitution confers primary responsibility on the government. Unfortunately, the leadership has overtime paid cursory attention to several potential plans at reform in the sector.

The issue of poor funding has been recurrent. In the 2012 fiscal plan for education, 8.53 per cent was allocated – a far cry from the UNESCO recommended 26 percent. Out of it, 82 per cent was allotted to recurrent expenditure while 18 per cent was allotted to capital expenditure. Infrastructure in most primary schools has worsened due to lack of funding. Pupils sit on bare floor; learn in classes with leaky roofs; lack textbooks and other relevant learning materials; inadequate water supply; poor toilet facilities and so on.

It may require more than government intervention to substantially reduce the poor ratings. Already, individuals, groups, and organisations are contributing their might to the task ahead. A Punch investigation in February 2013, noted an increased involvement of some Old Boy Associations in rebuilding the infrastructures of their alma mater – mostly college institutions.

These laudable initiatives can be replicated in the primary schools. Poor infrastructure also contributes to low interest for study or attending classes which ultimately leads to increased out-of school pupils. Individuals and groups can borrow a leaf from ex-internationals, Paul Okoku and Godwin Odiye, who donated five sets of computer and two laptops to their alma mater, St Paul Catholic School, Ebute Meta, Lagos in 2012. Individual and corporate funding can go a long way to reducing the embarrassing low level of funding for our education system.

The concerted efforts of some nongovernmental agencies are equally important and commendable. However, NGOs such as Civil Society Action Coalition on Education for All (CSACEFA) are concerned that the local media has not called sufficient attention to “unambiguous evidence” of increased failings and drop-out children in the sector.

The media can drive the campaign for change in girl-child enrolment into schools, particularly in the rural areas which account for majority. This may include running more programs and documentaries that discourage early marriage which is ubiquitous in northern Nigeria. The prevalence of the practice deprives the girls the opportunity of completing their education and undermines enrolment. Similarly some parents’ unwillingness to send their girls to school because of their position in the family can be addressed using the media as strategic tool.

Government alone cannot assume all these responsibilities. However, they can empower individuals and groups to carry out some of the task. The responsibility should be seen as collective. Poor images of the education sector do not only reflect on the leadership it also defines the lead.

Prophet Obadare to be buried in August – Son