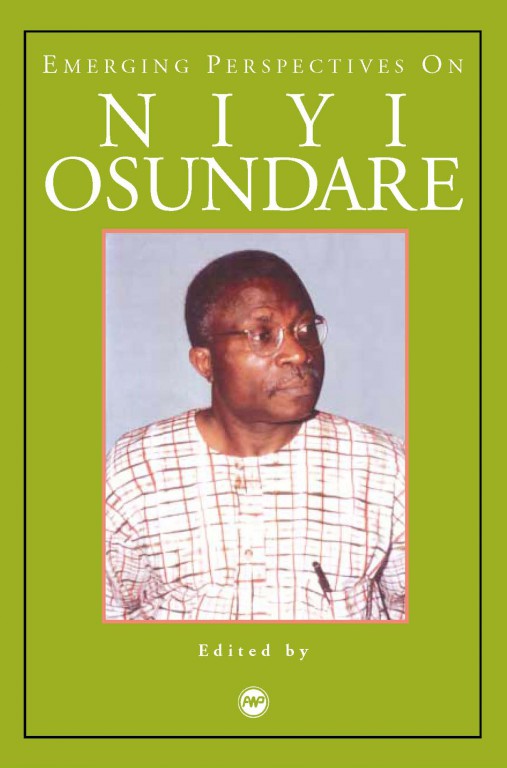 Chinua Achebe: Death, Where Are Thy Claws? By Niyi Osundare

Chinua Achebe is one of those epically unique individuals whose lives have been so full, so purposive and so impactful that we begin to pray that they will never die. But who doesn’t know that that is mere wishful thinking? To be sure, the Eagle on Iroko didn’t die young, but he left when we still need him urgently and acutely. He has gone, but he left so much of, by, himself behind…

Achebe shook up the literary world with Things Fall Apart when he was barely in his late twenties. He told Africa’s story and gave humanity a song. Since that day in 1958 when that epochal novel intruded upon the world to this very day, hardly any week has passed without the author’s name being mentioned somewhere in this world of books and ideas.

But if the sheer force and range of Achebe’s fiction gave Africa a voice, the fearless truth of his critical interventions challenged so many myths and deliberate falsehoods about the most misrepresented and recklessly abused continent in the world. Achebe knew, and he tried to get us to know, that  Africans will remain mere objects of the stories told by others, until they, Africans,  have started to tell their own story their own way – without shutting out the rest of the world. Achebe challenged the 20th century philosophy of fiction as a pretty object d’art, arriving with works which foregrounded the human condition and told the wondering world that the clotheless Emperor was, indeed, naked! He entered a plea for the urgent necessity of an entity called ‘applied art’ and emboldened us to look triumphalist Formalism in the face and demand to see its passport. Yes, Achebe told a world sold to the art-for-art’s-sake mystique that it is, indeed, possible to be an accomplished novelist who is also a teacher.

Controversy hardly ever parts company with a writer and thinker of his brand. He took almost as much criticism as he gave; for he was a man who never ran from a fight.

The world celebrates the LIFE of this distinguished story-teller and thinker. (Yes, celebrate, for to mourn is to concede supremacy to Death – and Oblivion, its Mephistophelean factotum).

Rest well, Chinualomogu. Rest well, Obierika, the man who thought about things. Posterity will never let you die. We regret your passing. We celebrate your Life.

Niyi Osundare, poet and essayist, is a Professor of English at the University of New Orleans, in the United States.