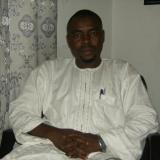 Jonathan: Snapshots at Moral and Power Abuse, By Olanrewaju Suraju

First it came as a rumour that President Goodluck Jonathan may be contemplating a state pardon for his former boss and political benefactor Diepreye Solomon Peter Alamiyesegha aka DSP, but sane minds quickly discarded it as impossible. Alas, like a bad dream, the Nigerians got a rude shock from Mr. President. ‘DSP’ was included in the State granted pardon for some ex-political convicts.

It would be recalled that this same DSP looted and laundered the money meant to improve the lot of bayelsans during his tenure as governor with President Goodluck Jonathan as his deputy then. He was arrested in Britain and charged to court but shamelessly escaped from house arrest and returned to Nigeria to resume as governor.

The Economic and Financial Crimes Commission (EFCC) under Nuhu Ribadu arrested, tried and got a conviction on him.That brave action of the EFCC paved the way for the rise of Mr. Jonathan on the political ladder up to where he is today; occupying the highest office in the land.

So, has Mr. President acted right in his latest action? How does this action fair with the spirit and letters of Nigeria’s constitution, morality and good conscience? What impact would this action have on the fight against corruption in the Country? How would the Country be viewed in the eye of the International Community?

Indeed Section 175 (1) (a) of the 1999 Constitution (as amended) confer on the president the power to “grant any person concerned with or convicted of any offence created by an Act of the National Assembly a pardon, either free or subject to lawful conditions” .

The constitution envisages that any occupant of the Presidency would be circumspect in the exercise of this power and use same in conformity with the spirit and best intent of the law. Thus, it would appear that Mr. President has exercised a legitimate power within the letters of the constitution. However, in exercising this power, Mr. President is in obvious violation and abuse of the spirit of the same 1999 Constitution (as amended) in Section 15(5) which states inter alia “the State shall abolish all corrupt practices and abuse of power”.

Even as the legality or otherwise of this particular action continue to elicit debate within the circle of jurisprudence, the immorality, indiscretion and inexpediency is not in doubt, not even to Mr. President’s spin doctors, who have to earn their pay any way.

Morally speaking, granting of a pardon to Mr. Alamieyeseigha is nothing short of the president’s insensitivity to the plight of Nigerians who suffer daily the consequences of the corrupt actions of its leaders. Nigeria has lost over $380 billion dollars to graft between 1960 to 1999. This is the same country that 60% of these citizens leave on less than a dollar a day.

This presidential pardon is akin to last  judgment of Justice Abubakar Talba, in the N32.8 billion corruption case involving John Yusuf and others. Whereas that judgment may appear legal, it it is another classic example of hiding behind the letters of the law to violate the spirit and intent. Just like this presidential goof, the case falls flat in the face of morality.

For a Country that wants to be respected and takien serious in the fight against corruption, for a government that is unable to provide basic essential services to her citizen, for governments battling to contain poverty and deprivation related violent uprising in parts of the Country, what morality is in this power show by President Jonathan? Your guess is as good as mine.

One make bold to say categorically that this President has no regard for public morality and for the wider implication of its several inappropriate and inauspicious actions and decisions.

It is unimaginable what political calculations this is meant to balance. One sure thing though, is that the Country’s best interest is not any where on the mind of Mr. President while taking this decision.

No doubt, the presidential pardon to Alamieyeseigha serve only the interest of two persons; the pardoned and the pardoner. It is no surprise therefore, to hear the National Working Committee of the People’s Democratic Party (PDP) dissociating itself from the President’s action.

Politically, Mr. President appears to be further charting a self-destructive path for himself and his party, First, it was the crises with Governors, then the Anenih/BOT saga and now this. Nigerians will wait to see how Mr. President and DSP would survive the heat of this self-holed kitchen.

Beyond the legality, morality and politics is the question of exercise of discretion and caution in presidential actions. Is this pardon to DSP at this time circumspect, is the process tidy and will the perceived benefit justify the cost?

The recent open acknowledgement by Mr. President that DSP Alamieyesegha, the President-General of Ijaw nation, is his benefactor already confirm that this action is personal between these 2 men and they could not care less how it robs off on the sensibilities of the Country. In an half hearted attempt to veil the real intentions, the DSP’s predidential pardon was packaged along with purported offer of similar pardon to General Diya and Company to serve as a smoke screen.

Unfortunately, this subterfuge failed wholefully and achieved nothing but to further reveal the tardiness and poverty of deep reflection that this agenda suffers. It turned out that Diya and his group already got Prediential Clemenc, consideration  higher than a pardon, from General Abdulsalami Abubakar on the 4th of march 1999. What Diya and his co travelers probably are wishing for is a restoration of their military ranks and benefits.

For a presidency that could commit this type of cheap blunder, and for same to miss the attention of the Nartional Council of state, it leaves little to wonder the quality and integrity of the ruling elite in Nigeria. On this matter, the presidency has come out looking clumsy in actions and profligate with public powers and reckless with discretion.

Well, the wider import of this for the Country both at home and abroad is not in anyway palatable. With this action, just like many of its actions, the President has further proven to every discerning minds at home and abroad that his government is the grand patron of corruption and corrupt officials. He has delved a terrible blow once again (though not unexpectedly) on the country’s war against corruption.

One wonder how difficult it would be to preach integrity and honesty to young people in Nigeria when all the messages coming from political leadership suggests one thing and one thing only ‘corruptions pays, the bigger the loot the easier your get away’.

Just recently, the British Prime Minister told off President Jonathan at the last World Economic forum, with the statement that the international community would like to know what Nigeria did with the over US$100 billion realized from crude oil sales in the last 1year. What would the international community say now when the priority of our president is the restoration of privileges to thieves and ex-convicts.

By the way, Nigerians now look up to the British system for assistance in tracking, capture, prosecution and conviction o looters of our nation. As a consequence of elites’ incapacitated criminal justice system. Of course, they afterwards return home to State pardon, rehabilitation and more opportunities to loot. None of this is good for the image of Nigeria abroad or for our effort to reform and transform the polity.

Mr. President’s penchant for rewarding corruption is legendary. First, his wife represented him at a thanksgiving service for Bode George, who was convicted for looting the Nation’s Port Authority resources, then made he made Tony Anenih, the indicted former minister of works the PDP Board of trustees Chair. Now it is DSP. The same presidency shamelessly shielded Abdurrasheed Maina who stole pensions fund until the National Assembly went openly confrontational.

These pardons, is nothing but a bare faced attempt to, legitimize corruption and further debase our social status. it does not even bother our President that DSP is still under investigation in other Countries. Recently, a statement by the US Department of Justice of June 2012, revealed that a whopping $401,931 in assets traceable to Diepreye Solomon Peter Alamieyeseigha was forfeited.

The funds forfeited were held in an investment account in Boston that was fraudulently opened in the name of Nicholas Aiyegbemi and were traceable to the undisclosed Alamieyeseigha’s account in Florida.

According to that statement, “the first forfeiture judgment obtained under our Kleptocracy Asset Recovery Initiative – sends a powerful message about the United States’ commitment to rooting out corruption far and wide”.  The Department awarded Alamieyeseigha the laurel of record breaking in forfeiture ruling. “This is the first forfeiture judgment obtained under the Justice Department’s Kleptocracy Asset Recovery Initiative”

Indeed, what would be the rating of our  President in the eye of the people and of God Almighty over this odious pardon matter.

What would the international community make of our Countries request for assistance in tackling the evil of corruption when Mr. President granted pardon to a felon who is still facing another pending civil forfeiture case filed in the District of Maryland, by US Justice Department, seeking forfeiture of additional property traceable to Alamieyeseigha, a private residence worth more than $600,000.

Perhaps, this informed the disappointment expressed by the United States Government, as contained in a tweet message of the American Ambassador to Nigeria, on the Pardon saga.

Finally, irrespective who occupy’s office of the President, Federal Republic of Nigeria, it is the patriotic duty of every Nigerian to protect the integrity of that office from self-inflicted or external disgrace.

It is in pursuit of this patriotic duty that every right-thinking Nigerian is challenged to stand up and be counted in the redress of this inauspicious action of the current occupier of the office.

All political and legal means available must be deployed at reversing this abuse of power and despicable pardon granted to DSP by President Jonathan. From a lay man point of view, the duplicated pardon of Diya and others has invalidated the purported pardon and so shall it be!

Olanrewaju Suraju is the Chairman of Civil Society Network Against Corruption.

Yes, I Pardoned a Serial Treasury Looter but What Can You Do About It? By Ogaga Ifowodo