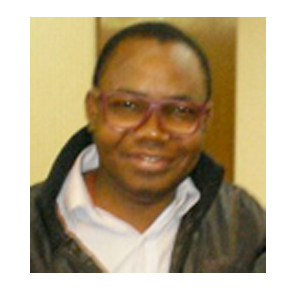 The Underpinning of My Oga at the Top, By C.C. Kasieobi

There is already this meme everyone is talking about, but I have decided to have a take on it based on some issues that bothers me as a Nigerian. Recently, I had a discussion with my elder brother, and we got talking about the Presidential pardon of ex-convicts, and generally, how Nigeria works. My brother is already acquainted with the workings of the country: ‘’next to God is Government’’.  He had said this almost looking vacantly towards the ceiling, concerned about me but not as I’m; – his, tilting towards that brotherly ‘love’ as part of his one-year campaigns now, in convincing me to play by the rules rather than complaining about all that is wrong with Nigeria. ‘’The people who ‘succeed’ in this clime are the Onukwus[1] and to survive here, you need to even pretend you’re one to get what you want’’, my brother had continued. He didn’t just stop making sure I familiarise myself with this reality:  ‘’you had better drop that your new life and embrace Nigeria ‘as is’ so you can eat, marry and train your own children’’.

Since my return from Asia, I had pointed out numerous instances where we get it all wrong in Nigeria. My relations discovered I was no longer as before, draped in the elixir of becoming a Billionaire without doing anything. They saw in me, somewhat a modest attitude to life, taking it in gradualism and not in the typical Nigerian reality of quantum leap to wealth by all means necessary. Over time, I’m growing wary and my brother is right after all. I compare my experience after I have analyzed the psychology of ‘’My Oga At The Top’’ video clip of those who hold Nigeria in ransom.

When the society fails, daily activities of creatures will revolve around survival. And this had already become a system. Reformers would always encounter stiff opposition as the system already feeds a large number of people, whose influence and power will continue to push the society down the road it had already taken, rather than a re-think. The voices of reason and common sense are always parried at this stage. The much talked Siddon-Look has its origin from this scenario: few reformers are confronted with the rude realities of this experience in their daily life. Powerlessness leads to conformity – the survival instinct.

My Oga At The Top seems to recap all that is wrong with Nigeria: the system that allows Onukwus rise higher and higher in the system of Nigeria affairs, while the highly skilled ones continue to beg for their lives in the hands of the Onukwus. My brother gave me more factual examples: ‘’those in the Enugu State House of Assembly as House of Assembly Members, right from Chimaroke time to the present, were picked from Beer Parlours and Drinking Joints where the former and present Governor used to go’’. The idea is that the Governors do not want my type, who already knows how to write petitions, how to scrutinise, how to investigate, how to check from Abuja statistics of monthly allocations, how to initialise impeachment process should any of them attempts to implement the Yaradua Can-Rule-From-Anywhere System. I have taken a hard look in our ‘unitary’ Federation and this has been the case virtually in all other States, even in the North-East.

My Oga At The Top typifies how Nigeria works. In the National Assembly, at David Mark’s office, Recommendation Letters for employments are issued to those whose dispositions, appearances, languages and manners show characteristics of Onukwus and the idea is that the Senators as well as the House of Rep Members know how to identify those who would not show rebellion in the future, nor constitute disruptions in the system that feeds them.

Keep the population docile and maintain the status quo by encouraging the Onukwus to take the helm of affairs. Only by this system can the quantum corruption continue unchallenged. ‘’Do not blame Jonathan. This did not start today. He only inherited the very system already set by Babangida. The problem is in the defective unitary Federation’’ – my brother had continued. The Federal Character and the Quota Systems have been the foundation of My Oga At The Top, before the unwritten but conscious rules among the politicians on how to keep the country docile, while the pillage continues. Assess your own ‘hustles’ in Nigeria (God bless your hustles) as those who saw business opportunity and pre-empted in flagging off the African People’s Congress (APC) did. This is your reality. Welcome it as #MyOgaAtTheTop has put it on the map. I don’t want to say more things here and my brother at the top will now say another thing. That’s all.

C.C can be reached through his email address at kcprize@hotmail.com

[1] ‘Onukwu’ is an extreme of stark illiterate, spoken in the writer’s part of Igbo or in the Nigerian slang, the Mumu. Onukwus will become the plural in the English sense.