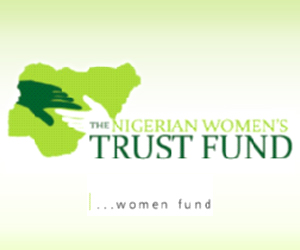 The society has accepted patriarchy that breeds female abuse.

In a patriarchal society, it has become important to talk about female issues and the need to entrench in any society gender equality and do away with sexist stereotypes.

On March 8, women around the world will gather to commemorate the 2013 International Women’s day and set discourse in motion for real issues affecting the society including violence against women and the dangers of patriarchy.

The neglect of female issues, especially in developing countries, leads to a rising case of anomalies including the existence of high cases of sexual violence, and sexism in the work place being treated as normal.

In Nigeria, according to a Cleen Foundation report on National Crime and Safety Survey for the year just ended, rape is mostly blamed on the female victim.

In the survey, Cleen Foundation sought to find peoples’ perception to rape.

About 76 per cent blamed raped on “provocative dressing by young women”.

Also, “about 77% of Rape cases go unreported and those who manage to report their cases had no treatment or better services from the Police,” the survey shows.

While the Nigerian constitution provides a jail sentence for rapists, it is marred with asking the female to provide evidence such as proof of penetration, proof that the victim did not consent to the act, and proof that the accused person penetrated.

Some other evidences the victim is asked to produce are pretty dehumanising. According to the Police Public Relations officer, Frank Mba, in an interview with the Leadership newspaper in January, it is extremely hard to investigate rape cases because the female has “practically destroyed all the evidence, the victim had taken her bath, cleaned her cloths and even washed her undies and effectively by the time you subject the victim to forensic test you can’t find semen of the suspect, you can’t find blood stain, even pubic hair that you could have picked up have all been cleaned up.”

With the relegation of girl child education, maternal health is also continually rising and there are currently 630 deaths per 100 thousand women who give birth.

“Each day in Nigeria, 109 women lose their lives due to pregnancy-related,” E4A, a non governmental organization in their new campaign page, mamaye.org.ng says.

In this regard, female rights group including, WORKING GROUP OF EIGHT ON VIOLENCE AGAINST WOMEN, have condemned patriarchy in no small manner because it breeds abuses against women, in subtle sexist mannerisms that are denigrating to sensibilities; to glaring mannerisms that are detrimental to females.

Dabiri-Erewa calls for elimination of violence against women

The State of Gender Representation in Nigeria Today, By Ayisha Osori

Friday Sermon: Muslims are brothers and one body!, By Murtadha Gusau

A letter to Sam, By Azu Ishiekwene

A 1930s debate: “Surplus women” in Nigeria, By Tayo Agunbiade

The Letterman and letter writing as an art in governance, By Matthew Hassan Kukah