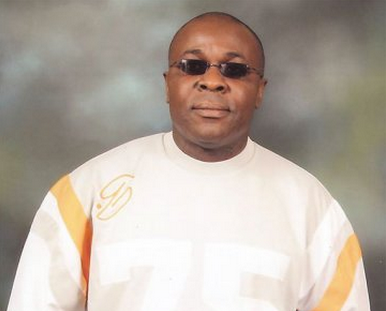 The recent announcement by the leading opposing parties that they were dissolving their parties in favour of a mega party, the All Progressives Congress (APC) took Nigerians by surprise. True, Nigerians were not unaware of its coming but very few expected that it would emerge that fast. In the country’s political history, talks of opposition parties uniting have been a perennial dream concocted often on the eve of elections but which usually turn out to be malaria-induced, coming to nothing in the end. During the last presidential election for instance, some two years ago, the media were abuzz with stories of an impending merger between Buhari’s CPC and the Tinubu-driven ACN. The talks however collapsed on the eve of the election largely due to irreconcilable differences amongst the leadership of the two parties.

The fact that both the CPC and the ACN remained locked in merger talks after the 2011 elections despite the failure of their first planned merger could mean that both parties strongly believe they need each other. That ANPP, on whose platform Buhari sought the presidency twice and allegedly was stabbed on the back on each occasion was part of the merger plan speaks volume of the level of determination – or desperation – depending on where you stand on the issue. Also the fact that most of the non-PDP Governors have endorsed the merger cannot simply be dismissed with a wave of the hand. In this country, Governors are like the sea monsters, Leviathans. They play very crucial roles in the outcome of any presidential election, including the rigging of such elections. In essence, even if for some other reasons APC atrophies or unravels before 2015, it has already recorded a milestone as it is probably the first time that major political parties are announcing a merger in the country’s political history.

Several observations could be made about the new mega party:

One, for supporters of a two party dominant system such as in the USA– where only two parties are electorally viable while others are not precluded from contesting by law if they met certain conditions – the emergence of APC, if it endures till the 2015 election, will be a dream come true. It will, among other advantages, simplify the electoral process and reduce the cost of conducting elections. The flipside however is that the voices of certain cause groups – groups that are in the race not necessarily to win power but to highlight certain issues during the campaign such as environmental concerns or local peculiarities – will often get muffled.

Two, is the crucial question of whether APC can live up to its media hype? From all indications, the overriding concern of the people behind the new party is how to dislodge the PDP – or more correctly President Goodluck Jonathan – from power. There is nothing intrinsically wrong with that, especially for a regime that is generally believed to have performed far below expectation. The trouble is how to convince the populace that they will be a better alternative and how to manage the submerged contradictions that will flare up once this task is accomplished or fails to be accomplished. For instance shed of all rhetoric and grandstanding, is the APC any different from PDP – ideologically and otherwise? I honestly don’t think so. I see no material difference between PDP-controlled states and those controlled by the opposition. However in the sea of mediocrity, you have a few Governors across the party lines striving to do their best.

Three, can the APC survive till 2015? This is a legitimate question, given the strong characters that are driving the new party. My take on this is that if the glue that holds the new party is desperation, then it will likely seriously atrophy or even unravel before 2015. Former President Shehu Shagari is not a philosopher king by any stretch of the imagination. But after the 1979 elections, when the opposition groups started talking about mergers and alliances to stop him from being sworn in, he did say that ‘anything done out of desperation is bound to fail’. And he was right. The effort crumbled. If on the other hand the parties that merged were genuinely determined to change the lot of Nigerians from what they like to call PDP misrule, then they need to do far more to show us how the new party will be ideologically different from PDP. Grandiloquent phrases or appropriating the word ‘progressive’ cannot be a substitute for genuine ideological conviction. In this wise, Nigerians await, not just the manifesto of the new party but will be on the watch out for its likely key drivers.

Four, if APC enters the 2015 elections as a major force, can it unseat the PDP? While the next presidential election is still more than two years away – more than more than a life time in politics – if the current political arithmetic holds, APC will be in control of 11 States while PDP will be in control of 23. In reality however the fate of APC will be tied to a number of variables including the choice of its presidential candidate and whether President Jonathan decides to run or not. Since the party is most likely to present a Northerner as a presidential candidate – the Southwest will be constrained from doing so because of Obasanjo’s eight-year presidency which only ended in 2007 – Buhari will appear to be the most popular choice. Buhari’s cultic following in the region however will cut both ways: while it could help mobilize and energize the voters in the North, it may have the opposite effect in other parts of the country. This is because historically individuals with cultic following in one region such as the late Awolowo in the South West and the late Ojukwu in the Southeast tend to be deeply distrusted by others. The crucial question here is whether Tinubu’s famed organisational skills will be sufficient to convince voters in the Southwest to vote for parties rather than individuals during the presidential election.

Five, the APC has to work hard to get beyond the current thinking that it is an alliance of the North and South-west. This could be one of the party’s vulnerable spots, to be used by the PDP. Despite the PDP’s failures and shortcomings, it is still perceived as a national party with strong presence in all parts of the country. It is not tied to the charisma of any individual. With the power of incumbency, it remains the party to beat. In fact the current joke in town is that since the major opposition parties are fusing into APC to unseat the PDP, the latter may be pushed into a merger or alliance with such critical organs of the state as the Nigeria Police Force, NPF, the Directorate of State Service, DSS, as well as the Independent National Electoral Commission, INEC, to scuttle their dream.

Six, states, religion and regions are false analytical categories. For instance does senate president David Mark, whose hometown is quite close to Enugu State really have more in common with a Sokoto farmer than with other non-Northerners simply because they belong to the same accident of geography called ‘North?’ Does a Professor from Anambra State have more in common with an Abakiliki mechanic he can hardly understand his language than with other Nigerians simply because they both belong to the same accident of geography called the ‘East’? Despite being false analytical categories, ethnicity, religion and region have been turned into ideologies, meaning that they have now acquired independent existence and are therefore real. The crucial question here is how will ethnicity and our religious parochialism conflate with the political arithmetic that largely informed the formation of APC? Already APGA, which is factionalized claims that the Igbos were not invited as stakeholders in the new party. How will APC contain the ethnic/religious watchers? How will the PDP counterattack? What will be the mobilizational instruments for both the APC and PDP? Will the PDP resort to the use of agencies like EFCC to intimidate and emasculate the opposition pretty much the way Obasanjo did under Ribadu? In the last election, supporters of President Jonathan were able to mobilize regional and religious sentiments on the argument that the North has ruled the longest and ‘should not see it as their birth right’. Can such a strategy work this time around especially in the face of the President’s lacklustre performance and quarrel with critical political tacticians such as Obasanjo? If APC holds till 2015 and Jonathan decides to contest, what is certain is that it is going to be a slugfest.

Labaran Maku, the NBC & the closure of WAZOBIA FM, By Garba Shehu