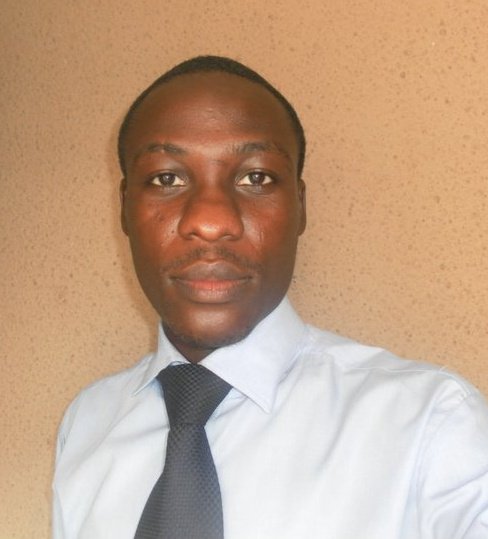 Jonathan was not at UNILAG Convocation and I’m glad he wasn’t, By Rotimi Akinola

When rumours started spreading that the official visitor to the Golden Jubilee Convocation of the University of Lagos, President Goodluck Ebele Jonathan (Ph. D.), would show face on the last day of the ceremonies which were ostensibly shifted and stretched a day to accommodate him, the habitual certain gait of my mind was replaced by ambivalence.  While I appreciate the exaggerated glamour the presence of the president will add to the ceremonies, I fear Number One’s infamy with Akokites, amongst other variables, might gain the better of the occasion and precipitate undesirable embarrassment for both the president and the VC, Professor Rahman Bello. The dilemma of not knowing whether to celebrate or empathise with the university community, amongst other worries, subtly hijacked my thoughts.

I harboured the hearsay-premised impression that the president might have finally prevailed on the varsity’s administration to take the sugar-coated contaminant of MAULAG, an acronym derived from the name of a man whom the FG still officially refers to as the “presumed” winner of the 1993 elections. They have obviously not forgiven late MKO for declaring himself winner of Nigeria’s “freest and fairest polls” before the IBB-led junta neutralised the popular choice. Though I may never know what went down that year, my nasal elements perceive the horrible stench of despicable duplicity.

But then, rumours are just tittle-tattles; they cannot all be true. That also means, logically, that they cannot all be false. So, in adherence to the biblical admonition to investigate all things and hold unto the truth, I set out to separate the facts from fiction.

A source very close to the decision makers in the 11th Floor of UNILAG Senate House said the president had specifically requested the ceremonies were postponed to fit into his schedule so he could attend in person. In fact, UNILAG authorities were also keen on hosting Number One during epochal celebrations. But just like works of fiction, that happened not to be the case.

I later gathered that although the school had sent the proposed dates of the ceremonies to the president as early as October 2012 for ratification, he ignored the invitation to punish the university for rejecting his junta fashioned name change pronouncement. The decision of the president to continue on that foot could not have been far from the guidance of his ill-informed advisers.

The bungling counsellors probably told Number One to wait till the tenure of UNILAG Council, without which the convocation cannot hold (or so they thought), expires in 2013 before replying to the letter. Unknown to the GEJ boys, the UNILAG Act of 1962, which should have been consulted to avoid all this mess, empowers the VC to conduct the convocation in lieu of council. It obviously was not until the erudite scholars in Nigeria’s foremost institution of higher learning educated his Excellency on this statutory endowment that he realised his ploy to use the ceremonies to forcefully woo his MAULAG sweetheart would not work on the most gullible of girls even on Valentine’s Day.

After that “pre-convocation lecture,” the president in a chat with UNILAG authorities made it clear that his innocuous decision to honour a son of Africa was just being misconstrued for another manoeuvre to score cheap political points. Does that sound like an apology? You decide.

Unfortunately, when an elephant and a grasshopper “wrestle” the grass and the “hopper” inescapably suffer. What else do we make of the wait the graduating students, their parents and well-wishers had to endure as the events were postponed indefinitely by the hapless 11th Floor?

The situation also forced a few errors and lies from UNILAG authorities. When the VC said at the pre-convocation press conference that the ceremonies would hold between February 6th and 8th, he didn’t make any allusion to, or render any apology for the misinformation on the school’s website only two weeks before that the events would be held from February 7th through 9th. Relieved by GEJ’s decision to forget his MAULAG ambition, the authorities apparently forgot that February 9th was a Saturday and offered no apology after realising the slip.

Apart from that justifiable error, the VC disinformed the press that the events were postponed because UNILAG did not inform the Presidency of the traditional January dates of the convocation on time. That contradicts the fact that the school had sent the invite since October 2012 to beat the send-the-letter-two-months-before-the-event policy of the FG.

That for that, I’m just glad the president did not add to the lies, errors and pains of an already prolonged situation by showing up for the convocation. My fears may seem hyperbolic but they are certainly not out of place.

The presence of Jonathan in UNILAG at this point in time is better imagined than experienced. For one, his attendance might have triggered newspaper headlines like: “UNILAG dumps GEJ out of MAULAG cup;” “Jonathan bows to UNILAG;” and “Valentine Special: Jonathan dumps MAULAG for UNILAG!” I respect the dignity of the office of our number one citizen and would not want that to be brought into disrepute by the overzealous Nigerian press.

To make things really bad, the students, unwitting captives of youthful exuberance, may decide to boo the president or even go to the extent of shelling him with water sachets (ok, I made that one up). But, as far as I know, we cannot rely on our overzealous security attaches to contain such an embarrassing situation without creating another national discomfiture or even a tragedy. They’ve done it to journalists and students might not be spared the sour dose of their GEJism.

The fact remains, in addition to the aforementioned, that Jonathan was ill-advised on the political aftermath of a possible renaming of UNILAG; that’s if it’s not a decision he took himself on the spur of the moment. If the former is true, I recommend he immediately gives his political and legal advisers some Ferguson’s hairdryer session. If not, the widespread knocks he received after the proclamation even from core members of his own party (apart from a obsequious few like the NUC puppet) corroborates my fears that the president, like many other Nigerians (including myself), might be suffering from a mild case of post despotic trauma – a tendency to behave like a tyrant as a result of suffering under prolonged military dictatorship. This was vividly demonstrated by his military style declaration of the name change on a day dedicated to our fledgling democracy without even reaching a compromise with the stakeholders.

Another explanation could be that the president is just ill-informed and clueless. I would not want to believe that because my Number One has a Ph.D; and doctorate degree holders, as far as I know, are people of impeccable intellect.

That is why I believe that GEJ’s abstinence from the UNILAG’s Golden Jubilee Convocation may be the most rational, logical and thoughtful decision he has made in recent time.

Unlike his decisions to stop subsidising the price of PMS, to lie to the nation at the expense of Transparency International without regard for the sanctity of facts, and to lie to CNN’s Amanpour (in an interview that was paid for by Niger Delta’s oil money); his deliberate absence from UNILAG convocation will not elicit any negative “follow-ups.”

Rotimi Akinola is a Mass Communication student at the University of Lagos, and a stringer for PREMIUM TIMES.