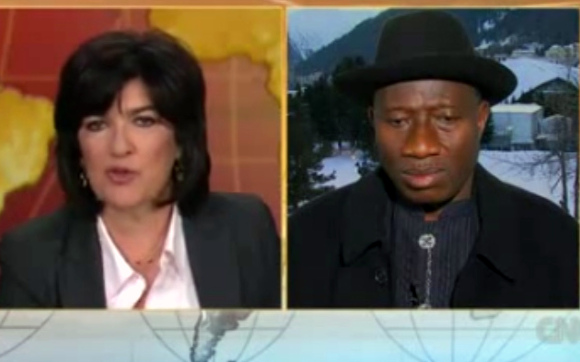 Is Nigeria Prepared for the Threat from Mali? By Elor Nkereuwem

If it is true that the Malian insurgents─ or terrorists if you like─ were partly drawn from fighters in Libya who became jobless following President Ghadaffi’s fall, then Nigerians should be worried about the dynamics that will follow the fall of the Malian rebels.

The logic here, surprisingly supported by eminent security analysts, is that terrorists can become bored and seek opportunities to carry on their activities in international borders. Scholars can probably spend a lifetime analysing this assertion and its validity but I will not make such an attempt here.

Suffice it to say that when Louise Arbour, the immediate past UN High Commissioner for Human Rights who has also served as a justice of the Supreme Court of Canada and the Court of Appeal for Ontario and who was a Chief Prosecutor of International Criminal Tribunals for the former
Yugoslavia and Rwanda, reiterated this claim early this month in a conference at the University of St Andrews, fresh thoughts came to my mind.

If we assume that international terrorists can form alliances with local groups who have similar interests or ideologies based on a factor as simple as ‘boredom’, we can then take a sweeping look at the West African sub-region and try to map out possible dynamics that we expect to emerge in coming months following the winding-down of the on-going military action by French/ECOWAS troops in Mali. Simply put, where will the rebels take succour as they are driven ‘underground’ by the superior military power from the Malian government’s supporters? Furthermore, what are the
likely terror-alliances that can be forged by these able-bodied and well-armed but now ‘jobless’ militants?

According to a BBC report, hundreds of well-armed Tuareg nationalists made a southward journey from Libya to Mali in 2011 and upon arrival helped form what became the insurgent group that carried out a military coup in Mali in March, 2012.

It is significant to note that the Malian case enunciates the fact that terror campaigns are not often carried out by single groups but can often be an amalgam of several groups with intertwining interests; in this case the rebellion encompasses ethnic Tuareg nationalists, local Islamist groups, and international terror groups like al-Qaeda in the Islamic Maghreb (AQIM).

It is also significant to note that finding an alternative spot to extend their grievances was not merely about convenience; the Tuareg did not merely shift base to Niger Republic, their next door neighbour, but made their way further down to Mali. This effectively dispels any hopes that Nigeria may be cushioned from any spill over by Niger Republic which borders Mali and Nigeria.

Essentially, it is apparent that there is a real threat from Mali; both going by the simplistic reason that the rebels can become bored with lack of activity as well as from the potentials of aligned interests with an existing Islamist insurgency in Nigeria, Boko Haram.

In fact, the Nigerian security forces are aware of this and only last month Chief of Army Staff Azubike Ihejirika said Nigerian insurgents are already working with their Malian counterparts. Ordinarily, this awareness would imply that security forces have a clear picture of existing and future threats and have come up with a comprehensive agenda or policy on how to combat the threats.

I was therefore alarmed upon listening to President Goodluck Jonathan flippantly dismissing the possible root causes of terrorism in Nigeria in the now infamous interview with CNN’s Christian Amanpour.

As if that was not enough, the president further dismissed intelligence analyses by the US State Department which points to an escalation in grievances within the terror group as a result of the “heavy-handed crackdown” by Nigeria’s security forces as merely “insinuations
by interest groups”. The responses from the president show a ridiculous stance opposed to basic and elemental tenets taught to every student in a terrorism class; terrorists do not simply emerge from the blues, they have real, identifiable grievances which are often multi-causal, ranging from economic factors to responses to state actions.

This makes me wonder just who the president listens to. Who is feeding him this balderdash that Boko Haram is merely a creation of ‘interest groups’ as he so often embarrassingly broadcasts? I refuse to believe that this stance emanates from experienced and well-trained, even if few, security operatives and analysts in his security advisory circles.

Logically, the solution to a problem begins with defining what the problem is and if the president consistently and stubbornly defines Boko Haram only in simple opposition-political terms, one must question whether there is a possibility that the country is prepared to fight a threat as cancerous as terrorism.

Perhaps this stance explains the somewhat sporadic, reactionary methods, often lacking pre-emptive initiatives, in which the federal government has consistently responded to Boko Haram’s activities: the increased security budget, which many argue has only helped increase pilfering; the
laughable death penalty which the Senate has recently endorsed─how does threatening a suicide bomber with death deter him?

The enactment of the 2011 Anti-Terrorism Act, described by Akin Oyebode, a professor of law at the University of Lagos, as a “comprehensive law” appears to be the most significant action taken by the Nigerian government to fight this threat.

But if this threat must be curbed, Nigerians must demand that the Executive and the Legislature do the jobs they are paid for: show us comprehensive strategies of how it will go about this campaign; actively propose new policies that can complement and support this law as well as the rhetoric that the “government is working both day and night” in this regard as President Jonathan glibly said to Ms Amanpour.

Elor Nkereuwem, a Premium Times staff, is currently in the University of St Andrews, Scotland, for a graduate degree.