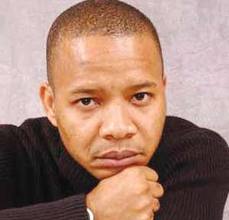 Black Smoke for a Black Pope? By Victor Ehikhamenor

Lately, I have been drawn into the affairs of the Vatican like a flirtatious butterfly to sweet smelling nectar. I have been submerged into the traditions of men with long, black, red sometimes white gowns and red caps. They were the cardinals that would select the next pope. The entire holy shenanigan had been sometimes confusing, because we were told that electing a new pope is not a political issue, but a spiritual matter. But when I started hearing words like “vote” and “election” the political fire inside me started bringing out smoke from my ears.

First, white smoke, then as I get warmed up real good and looked at the history behind the selection of past pontiffs, the smoke turned black. But I plugged my ears and held my breath let me see if the eggs laid by chicken will hatch snake or if the mature cassava will yield a harvest of yams, this is a spiritual matter, remember. An unusual thing has to happen like having a black pope. I was waiting to see if the cardinals would pick Francis Arinze as the new papal.

One side of my head said.”a black papal?” I said why not.this is a spiritual matter. After that last thought, I started dreaming.

Pope Francis Arinze, I don’t see any reason why he could not be the Pope. He has been a Vatican insider since 1985 and has held key positions and was very close to the late Pope John Paul. He shared some of the last pope’s ideology and he is not afraid to say his mind. He denounced the social decadence and moral depravity inherent in America society when he had the opportunity in 2003.

He is a great “uniter” or a unifier, someone who had no qualms with Moslems. He had arranged for the pope to visit a mosque, a gargantuan feat in modern day history.

His resume is flawless.

Afterall, Africa has more that 150 million Catholics and Nigeria (his home country) has about 19 million, not counting those in my village. Yes, while Catholic population is dipping in Europe and going up in smoke in North America, it is growing rapidly in Africa. I couldn’t see any reason why the cardinals should not let an African be a pope. Not only is the church growing there but also Africa is the major supplier of priests to the rest of the world. No one wants to be a priest in America or Europe anymore.

The other cardinals will see Francis as a man of high moral and spiritual standard because no African priest was named among the pedophilic priests that rocked America recently. He will bring revival to the dwindling popularity of Catholicism.

Why not Francis Arinze, afterall for the past 1,500 years, all the popes have been white. Since the church preaches equality for all men (and women), it will be spiritually right to have a black pope. I thought.

The newspaper analysis were encouraging. Television reviews and interviews were pointing favorably to uncle Francis.

I kept dreaming but more with trepidation now.

I quickly moved beyond the papal election and went straight to post election celebration in my dream. If Francis becomes the pope we would have street-closing parties. There would be Atilogwu in the Vatican, upwine would flow ceaselessly like river Niger. If they allow us, we would bring egungun and do the magic dance for the white world to see. Loud speakers from back of pickups would blast none-stop gospel highlife music.

We are Nigerians and we celebrate in grand style. we would wear the best clothes money can buy. Lace from Liverpool, adire from Oshogbo. Cupion, Aso-oke, we would show them what it is to have color. We would distribute gifts like plastic plates, buckets, fans, asuebi, T-shirts, tea mugs, African prints with Francis Arinze’s picture and full name plastered all over the gift items in circular format. Onitsha women union would dance round the streets of Rome and be drunk with the holy spirit in celebration.

Italy would see what they have never seen before yes, we would spray dollars, pound sterling and Euros. The slow procession of the cardinals would be hastened, and the old cardinals (those 80 years and above) that cannot walk would found themselves in the shoulders of young strong priest from Onitsha diocese. African drums would deafen the ears of nature the emir of Kano, Katsina and Zaria would send their long pipe players. Talking drums and oriki masters would flow from the Alafin of Oyo and Oni of Ife’s palace. Oba of Benin would send the best red regalia, adorned with ivories and coral beads never before worn by a pope. Men would bring goat and cow meat.women would cook jollof rice and fufu. The aroma of Egusi and Ogbono soup would harass the Roman air and wake up Julius Caesar.

But one side of my head was telling me enisuru!.What if the cardinals do not see beyond cardinal Francis Arinze’s skin color. What if they see him as colored instead of a man with colorful personality, what if they treat him the way other black immigrants are treated everyday in the corporate western world? Where a school dropout lords it over a Phd holder. What if they don’t see him as a qualified cardinal who is different from the broom pushing and high-rise window cleaning black man? What if they think all he is good for is just the Prefect of Divine Worship and the Discipline of the Sacraments?

Now my mind was racing.Questions were jamming questions like a multiple car crash during rush hour.What in God’s name actually goes on inside the Conclave? Has there ever been fair play whenever those Roman doors are closed? Does a black man have a voice in the midst of so many white men behind closed door? Will they ask Francis to close his eyes for prayer, while the rest are willing and dealing with eyes wide open? Will a few minority cardinals rule over million African Catholics, if it happened, can we call that apartheid or neo-colonization?

My dreams were now gradually dissipating and melting away as these thoughts keep running riot in my head. But I tried to remain calm and told myself that it was a spiritual thing and not political. If it were not so, Nigerians would have taught them how to play politics.

I became impatiently patient, waiting for white smoke to rise from the ashes of burnt straws.

When I saw the smoke rising from the chimney, my heart pounded, I could not tell black smoke from white smoke. I waited for the balls of the Sistine Chapel’s bell to clank and herald Francis Arinze, but silence banged my ears like a judge’s gavel.

Today destiny caught me unaware, but God had a better sense of humor. I was driving past the Basilica of the National Shrine of the Immaculate Conception along Michigan Avenue in Washington DC, when I heard the insistent clanking of their bells. The sound was riotous.It continued like an ancient Roman bedlam. Something must have happened when I was not paying attention. The Pope, oh my God!

I quickly tuned to the WTOP news station on my car radio. But it was commercial. Damn American commercials! I became frantic and called my brother at home and asked if there has been a new pope.”You haven’t heard?” he asked quizzically.

My next question was: “Is he black?” And he shot back like he’d been rehearsing the answer all day.

“You must be dreaming boy, black pope in Rome ke?”

Yes I have been dreaming. I was hoping that when the white billows of smoke float heaven ward, it would herald a black pontiff.

I have been dreaming, the only thing I can’t be deprived of because of the color of my skin.

I closed my phone and shifted my gear, it was also time to shift my dream as the clanging of the bell receded behind me.

Mr. Ehikhamenor first published this piece in April 2005. It is reproduced again to give meaning to the currency of the theme in the light of the just-announced resignation of Pope Benedict.