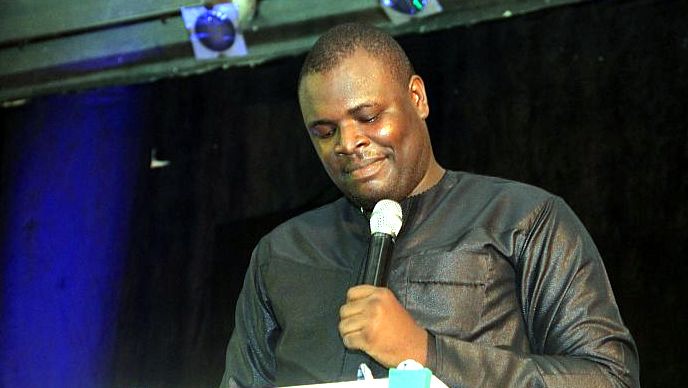 There’s something about government (#NewLeadership Series with Chude Jideonwo)

My orientation about our government began to change in 2009. Before this time, I had always felt – sadly without any historical or evidentiary perspective – that Nigerians can transform Nigeria, in spite of our government.

It was easy for me to believe this. I came into awareness of my country’s place in the world in an atmosphere of hope in the late 1990s and at the turn of the millennium as we embraced democracy and the opening of many social spaces. There were very many examples to point out.

Some are now cliché, like Nollywood, an industry that has been hailed for rising up like a rose amongst thorns, and had become Nigeria’s biggest cultural export to the world; or our music industry – also thriving simply by grit and talent; or its youth who from art to advocacy, technology to the media, had charted courses that didn’t depend on government patronage or ‘support’.

Surely if Nigerians could do these, in spite of Nigeria, then surely we could end up regenerating Nigeria – through a network of us empowered economically and by knowledge working to rebuild our country, step by step.

That’s what I thought.

That’s what drove our passion and our work with The Future Awards, and its evolution into The Future Project – and our focus on identifying the most inspiring of our generation as strong, positive role models to motivate others to transcend Nigeria’s difficult environment and do great things.

The idea was – and it is still the fulcrum of our work – that this network of inspired, effective new leaders would create a flywheel effect that will change Nigeria.

A chance comment from a friend got me thinking beyond the box, however. He asked: how far will we actually be able to go in transforming our society before we have to connect those efforts with what government is doing or what it needs to do? How much could we achieve if the government fundamentally remained the same?

The more I thought of it. The more I realised – not far.

My experience over the past few years have made apparent to me what has been apparent to the world’s real change-makers in modern societies over the past few years. It’s the same reality that confronts you when you read books like Lee Kuan Yu’s From Third World to First World, Start-Up Nation: The Story of Israel’s Economic Miracles – we can only go so far in changing our world without connecting with or transforming government.

Focusing on inspiring a network of progress outside of government wasn’t a wrong message however; it just wasn’t the complete message. Just like many of us, I was falling into a well-worn trap of the single solution, of the single story.

Of course, when you face a system like Nigeria’s, where successive governments appear to govern by default; where it appears there are no values or visions from on top and all the other clichés about our leadership that you and I are now familiar with it is easy to give in to the temptation to want to desperately ignore that government, to belittle it, to make it seem inconsequential.

With the acute awareness that it is a huge, thankless task to change a government like ours, and the abiding fear of the daunting path ahead transforming the way government thinks and functions, it is very easy to hope that we can change our country without it.

Unfortunately, that ostrich needs to bring its head out of the sand. Nigeria is not going to be changed by non-governmental organisations digging boreholes; it will not be changed by advocates pushing for probity in government. No matter how earnest and well-organised they are; their efforts will be thwarted because they are not in charge of hiring competent officials and firing corrupt aides, the maintenance of an independent judiciary through responsible appointments or the judicious allocation of public funds.

In the same way Nigeria won’t be changed by the USAID or any other international do-gooders because that is not what they are structured to do, just as a war will not be stopped by the Red Cross or Amnesty International, but by the governments and their enemies which started the war.

This is the reason, in fact, that many donors and international organisations from the British Council to the DFID, the U.S. Government to the Bill & Melinda Gates Foundation prefer to support organisations that interface with government, or they just partner with the governments themselves.

Where they are not doing that, they are working with organisations that are in opposition to government, or that snipe at the heels of government. Either ways, there is an implicit global understanding, honed by years of ineffectual interventions and a vicious cycle of good intentions with little result that it all comes back government.

The reason is simple: none of them have the budget, the resources, the reach, the weight, the capacity to affect all levers and layers of society. Even when they do – which is almost impossible except when one country violates another’s sovereignty – none of them can muster enough required to effect the kind of change that can be facilitated by the full power of the state.

Perhaps we can find Egypt a perfect example. While its exemplary people have turned protest into an art form, arm-twisting their leaders into taking responsible decisions and sustaining the tempo of change leading from the Arab Spring, a people-driven revolution has still come back to the character and nature of the new government that they have – and what Mohammed Morsi decides to do (and not to do) in his relations with the judiciary, the military, and civil society will turn out being more important than the revolution that brought the Islamic Brotherhood into power.

Like Abdullah II bin Al-Hussein, who is King of Jordan, told participants at the World Economic Forum in January, the revolutions were the easiest part of the work that they have – building a political culture, driven by their elected leaders in government is the major task that lies ahead.

The message is simple: no matter how dirty and slimy we find our government (and maybe we are justified, and maybe we are exaggerating), we are making a terrible mistake to think that we can transform our country without it.

Government is the singular most important force for change in any society – print that and paste it on your day if you really want to do something to change your country.

It doesn’t matter if, with government officials behaving like asses and the deplorable behavior that passes for administration, government has become a dirty word; the dirtiness should not obscure that simple reality.

We need a government that works – one way or the other. We cannot, cannot change Nigeria without its government.

The tragedy, of course, is that the clamour for working with government or joining government is usually championed by people whose motives are largely questionable.

So it is important to note that joining government blindly, especially the legislature and executive, is not going to solve our problems even if it is important. And, of course, if precedent gives us any pointers, blind ambition causes more harm than good.

Fortunately for us, there is not just one way to make our government better. What we need to do, like I have mentioned in an earlier piece, is to find our positions in relation to this organ.

We need enough competent and vision-driven people who are transforming the government by working with it and helping it; or we have others working from outside: activists, freedom fighters, opposition politicians, radical lawyers, dogged journalists, progressive clergymen.

But whatever we do, we need the government in our sights. Whatever we do, where we want it to have a lasting impact on the way our society is structured and governed, we have to find the nexus where these efforts connect to government – and modifies its behavior. Either that or we push it aside, and work to get a government that will act right.

In my next piece, I will be sharing the example of two impressive people who provide a signpost for how one can step into those troubled waters and bring calm to the storm. I will also share examples of two people working outside of government who have found effective ways of putting it on its toes.

We will need more people like them, who are self-aware enough to make a step that is selfless and purposive. That job isn’t for each and every one of us – but there are always men and women made for a time like this. And e fit be you o.