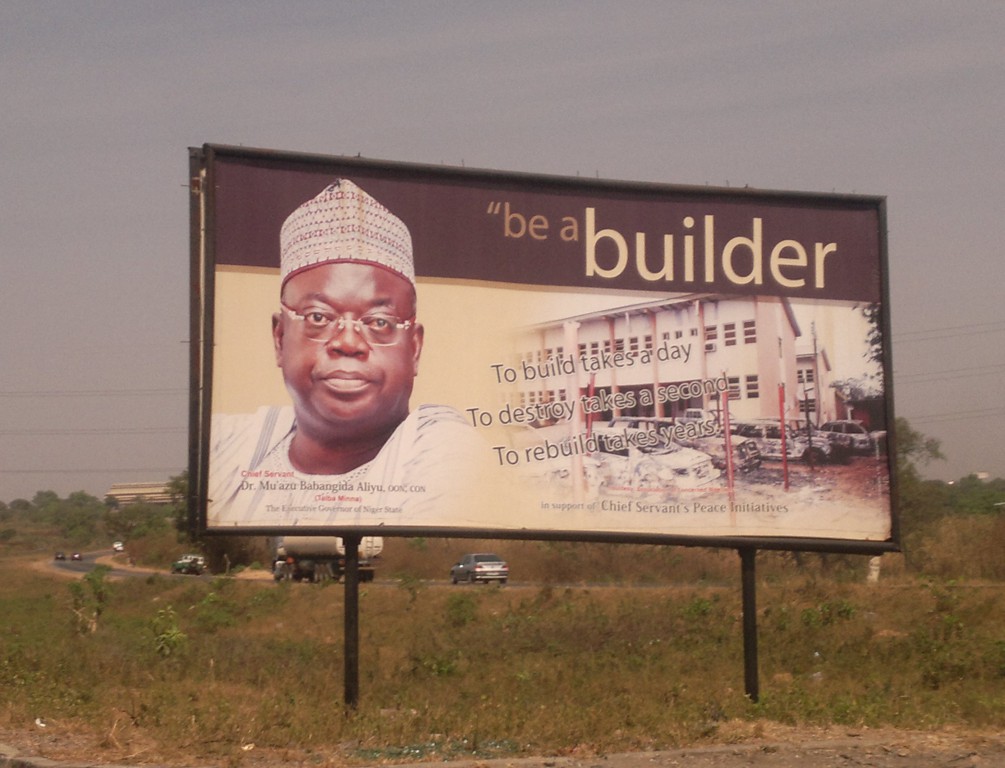 The writer says the bulk of the Niger State Governor’s work is seen only in the media and almost never felt by the people.

True leaders smile when majority of their electorates, particularly at the grassroots, smile. To get this smile, people must be the raison d’etre for and cause of any policies and projects, not the ego of those who hold the reigns of leadership in the society.

Ideally, a leader’s emergence, success and credence is not tied to their verbal gymnastics or financial cavern; though they could facilitate to some extent, but come rudely short when actions fail to match words. And here lays the beauty of democracy and the curse of inactive leaders.

In democracies like ours where votes don’t count, leaders just dance to the tune of their rigging machines and in deception, implement programmes only in the media to give the impression of a working administration.

This, perhaps, explains why elected leaders echo and re-echo their so-called achievements to permeate the nook and crannies under their jurisdiction, thereby bringing in the cranes of the mass media in the melee.

Good education may be a good ingredient for leadership, but it does not necessarily make for a better leader, and Niger State provides an excellent case study. If good education were the entire requirement to produce a good leader, “the power state” should be rubbing shoulders with the most advanced in terms of economic growth in the country.

As an academic doctor, veteran civil servant to boot, the incumbent governor of Niger State or Chief Servant as prefers to be referred, Dr. Muazu Babangida Aliyu (Talban Minna) ought to be the pride of Niger residents.

Sadly, if anyone who journeys within the power state, the state of roads will only convince them that the only servants in the state are the poorly served citizens in the state.

The situation of Niger state under Babangida Aliyu explains why a senior colleague, Hannatu Musawa, described him as a man “suffering from diarrhea of the mouth”.

Niger State stands as one of the best investor-friendly states – with boundless potential for agriculture, Industries, tourism, among other economic activities.

It has abundant fertile soil, with the evergreen River Niger to change the face of irrigation farming for good, and to the west lays the Babana seaport to boost foreign trade. The state also has the largest concentration of shea butter trees and the Maringa plant, thousands of acres of swampy areas for rice cultivation, sugarcane and fish farming.

In tourism, there is the Gurara waterfall, the Kainji wild life park, and the rich socio-cultural heritage of the Nupe and Gbagi people to make Niger Nigeria’s centre of tourism.

Governor Babangida Aliyu needs to use his billboards, numbering in hundreds to tell the world how he has maximised the National Cereal Research Institute in his state to fix agriculture, he also needs to justify opting for N519 million as rent for not residing in the Government House in Minna.

Unmatched is this administration’s use of the media to announce projects, most of which start and end in the media.

It is amazing that the Chief Servant, who regularly uses the Minna-Suleja road, to and fro, to mop the monthly federal allocation, never seem embarrassed by the grave-size potholes that ‘decorate’ the length of the road.

The Minna-Suleja road is just one of the many infrastructures crying for the chief servant to redefine his idea of development.

As a Nigerlite, I join millions of voices both purged and too relegated to leave the state in calling the attention of Babangida Aliyu to overhaul his definition of projects.

He should build a synergy between the Research Institute in Badeggi, Federal University of Technology Minna and the local farmers for improved seedlings and modern farming techniques; and revival of the sugarcane plantations to feed the Bachita Sugar Company.

There is also need for him to urgently draft and implement a robust irrigation programme for communities along the River Niger and other waterways within the state.

Niger State produces a chunk of the electricity needed for the whole country, Mr. Governor should look at the OMPADEC document as a whole and pursue a better policy on derivation formula not in finance-wise but the product. Niger state should enjoy electricity more than any other state, this will invite heavy investors.

Investors are finance conscience human beings who work with facts on ground not assumptions and media talks. These are some of the facts Talba must come to terms with.

As a concept, the “Talba youth programme” in the state is wonderful, but after five years of implementation, its success leaves much more to be desired.

Time without number, the governor has been on the media on self-appraisal for the numerous packages his administration has bought to the state. This is all “French politics”. Words are like drugs, its either they are used or expire on the shelves.

Talba’s alleged dream for a future national assignment isn’t going to be merry-go-round as usual. The paradigm has shifted and Nigerians (Nigerlites inclusive) have gone beyond mere onlookers. The country is bereft of qualitative leadership, and the doggedness of Nigerians to change this is no news.

To be sure, sooner than expected, the time is coming when crooked leaders are jailed; crooks dangle on hooks because the books are fully booked. Mr. Governor should know that development comes through the roads, therefore they must be built, the people must have access to portable water and the youth should be on board to help drive the economy forward.

For now, Niger State isn’t green, so we just have to leave for pasture. No thanks to your media-driven administration. But when your immunity is gone, you’ll be so porous with no iota of defence and oration, media might or billboards won’t be there to embellish you.